In September, when my wife told me that I could use my extra week of vacation to go on a road trip, I at first was surprised.  But then, I started trying to figure out where to go and what to see.  It was too late to plan something for October, and I really wanted to go west.  I decided on Wyoming - specifically Cheyenne.  From Cheyenne, I would visit Rocky Mountain National Park, Wind Cave National Park and Mount Rushmore, and also Devils Tower.  I invited my friend Joe to go along with me.

We traveled just over six hours on this day - this allowed us to break up the trip out over three days but also to see more on the way out.  While Day One was not big on sightseeing - there was some great fall scenery in Eastern Tennessee and the North Carolina mountains. 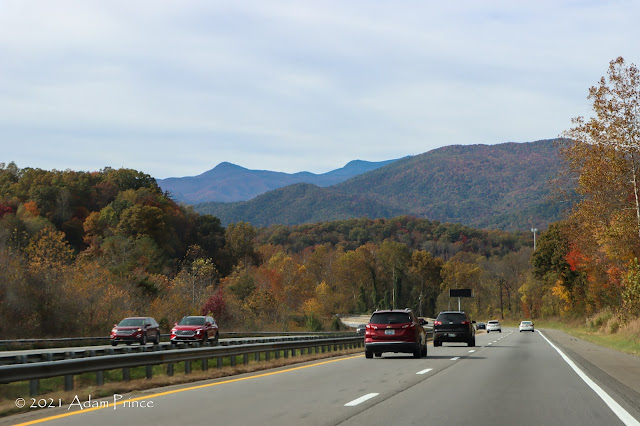 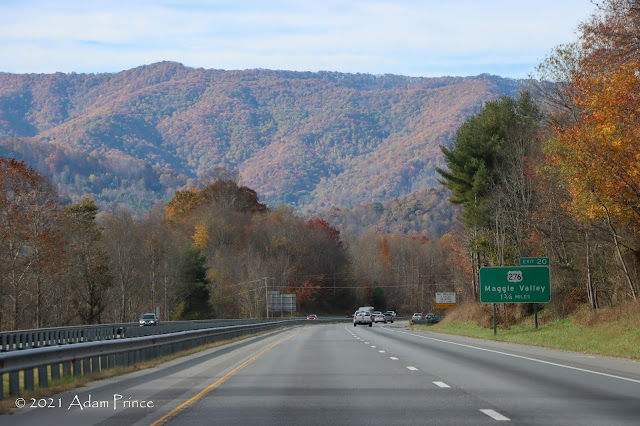 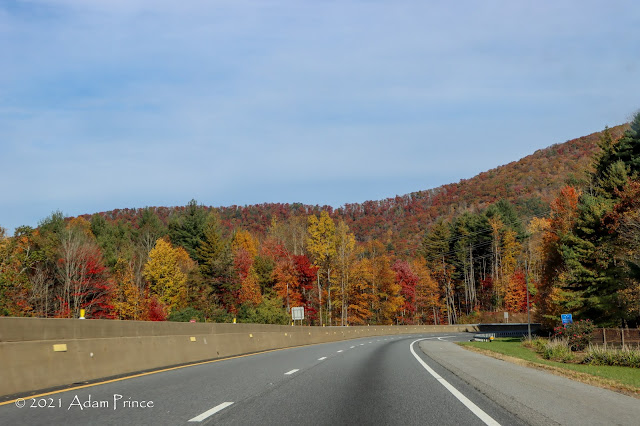 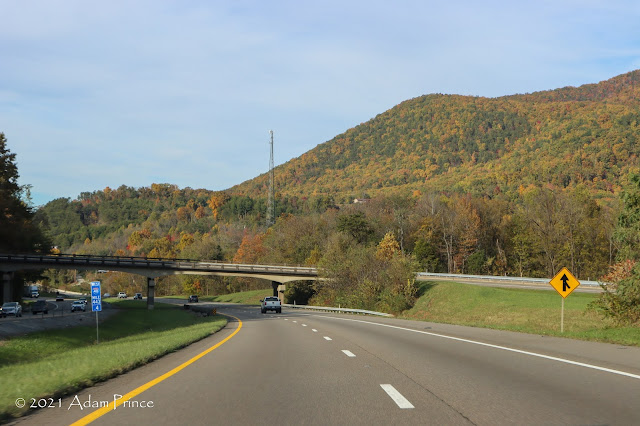 The color was great!  And it was an easy drive to the hotel for the night just east of Nashville.

We hit some fog along the Interstate 69 portion of I-24. 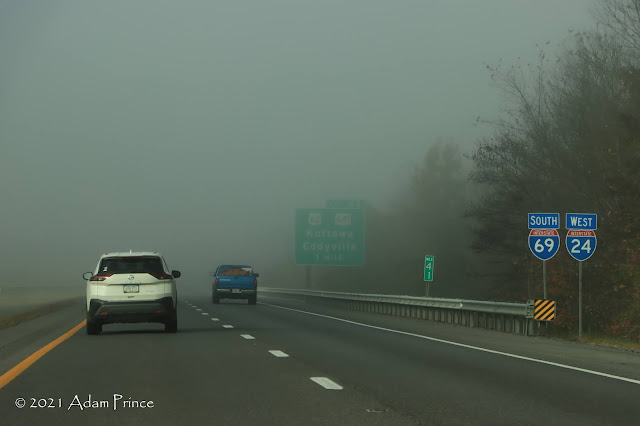 At the Illinois Welcome Center in Metropolis - you can be Superman! 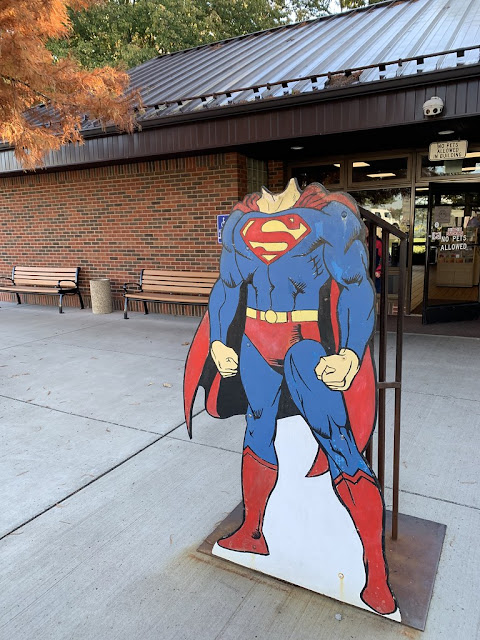 Contrary to popular belief - Illinois is not flat.  On I-57 North, they even have signs to prove it. 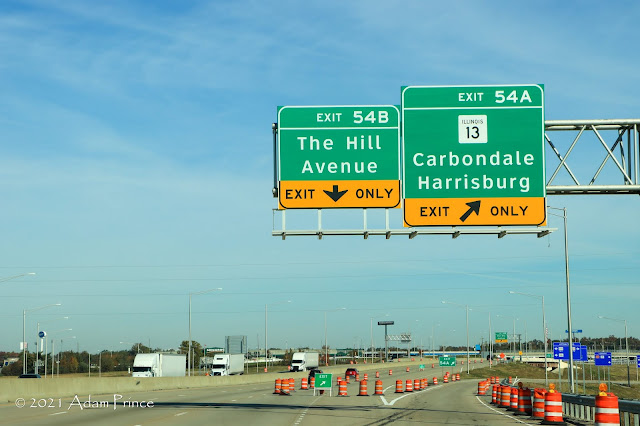 The first real stop of the trip was at Gateway Arch National Park in St. Louis.  It took a little bit to figure out parking - but it was worth a stop.  Formerly called the Jefferson National Expansion Memorial, Gateway Arch became a national park in 2018. 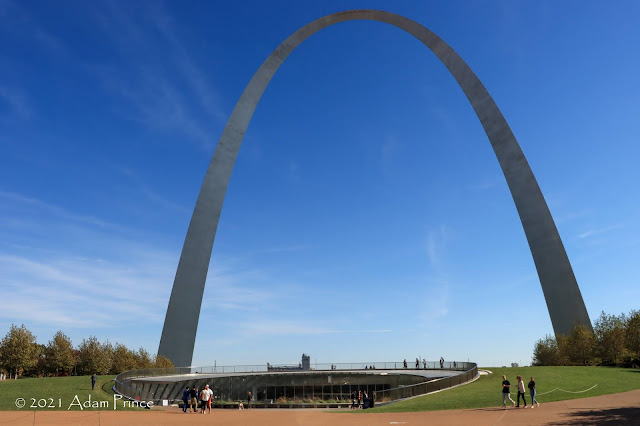 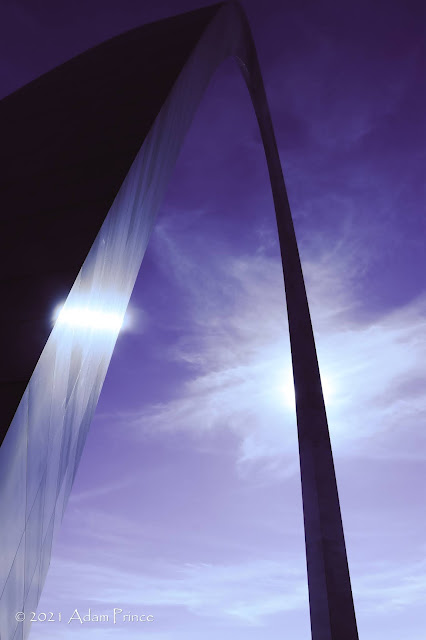 After the stop at the Arch, it was time to begin the westward trek to Wyoming.  Construction on Interstate 70 was causing lengthy delays, so we opted to take a more northerly route along US 61 and US 36 to St. Joseph.

To cut the corner instead of taking US 61 to US 36 in Hannibal. We took Routes A & J in Ralls County.  It is a nice enjoyable two-lane drive. 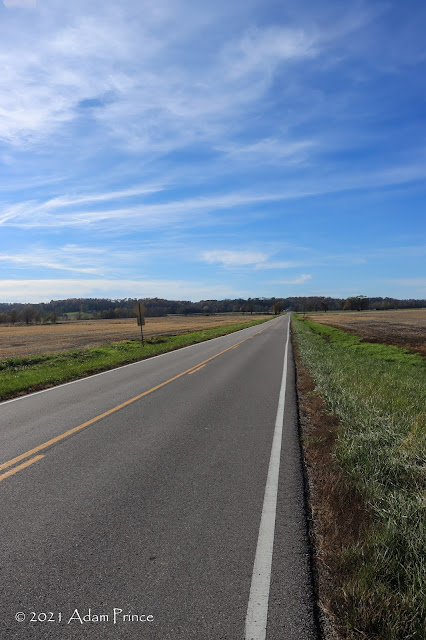 US 36 is a great alternative to Interstate 70.  It's an expressway throughout - and the only traffic lights that we came across were located at Interstate 35.  The landscape, as expected, is rural with numerous farms and bypasses of small towns. 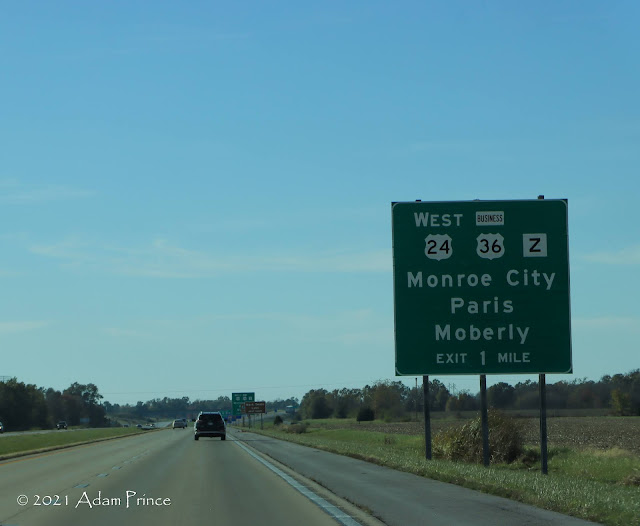 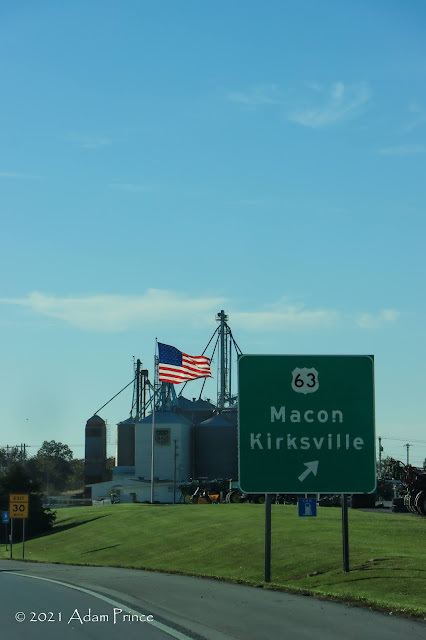 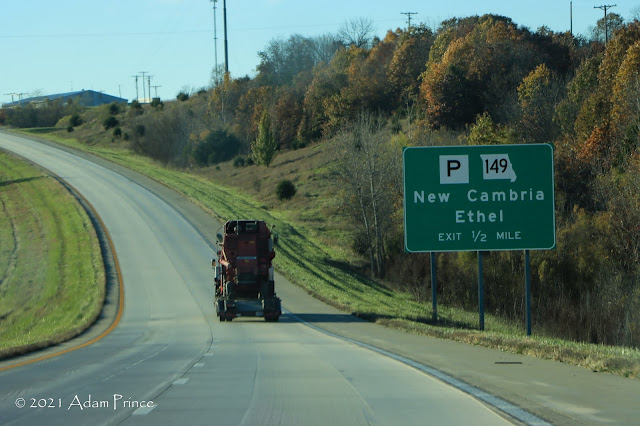 If you want to take a break from the relatively quiet US 36, the Locust Covered Bridge State Historic Site in Linn County may be worth a visit.  The bridge, which is the longest of Missouri's four remaining covered bridges at 151 feet, was built in 1868. In the 1940s, the course of Locust Creek changed and the Locust Creek bridge now crosses dry land.

With the switch back to standard time, sunset came upon us fast.  West of Interstate 35, US 36 goes through a windmill field and it gave a nice backdrop at sunset. 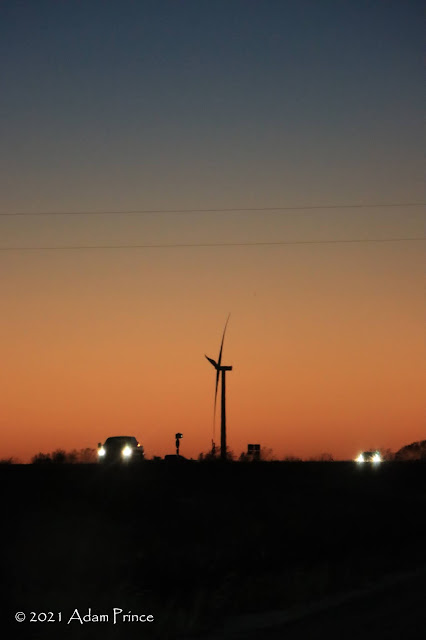 My first visit to Iowa and Nebraska would be in the dark.  But tomorrow is another day - Interstate 80 West to Cheyenne.
2021 Wyoming Road Trip Site Navigation: