The third day of the trip was across Interstate 80 from Lincoln, NE to Cheyenne, WY.  With it being a little over a six-hour drive, there was more time to make a few stops. 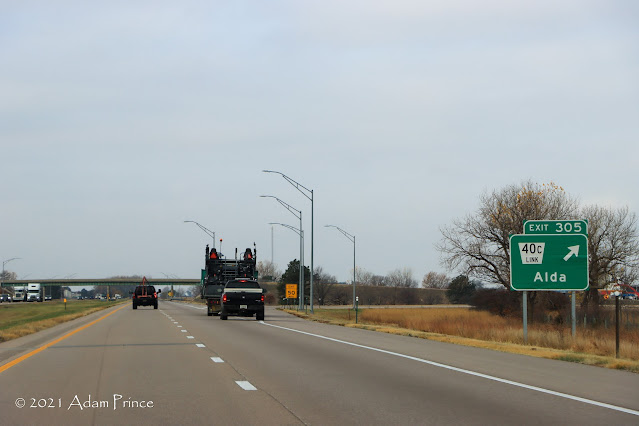 Interstate 80 is a long and at times tedious drive.  Throw in a dreary, windy, early November Monday - it can be boring.  However, there are a few ways to make it more enjoyable. 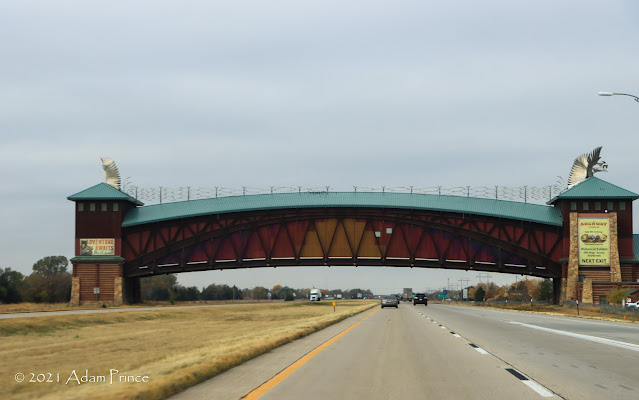 The first is in Kearney - where what appears to be a giant covered bridge crosses over I-80.  This "bridge" is the Great Platte River Road Archway Monument.  Opened in 2000, the 310-foot "arch" celebrates early settlers and pioneers who traveled along the Platte River westwards towards Oregon, Utah, or California.  The living history then transitions to the early and mid-20th Century celebrating the automobile and the Lincoln Highway. 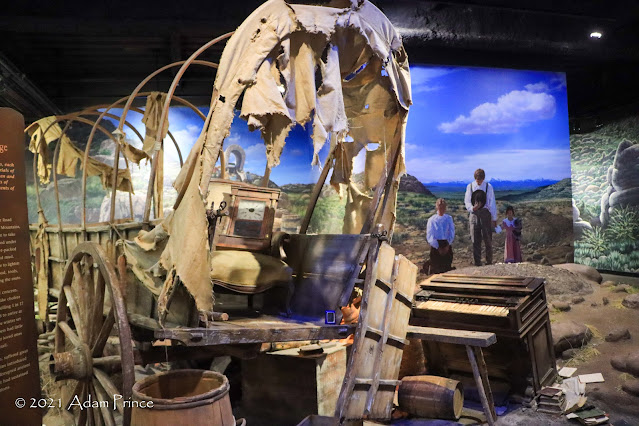 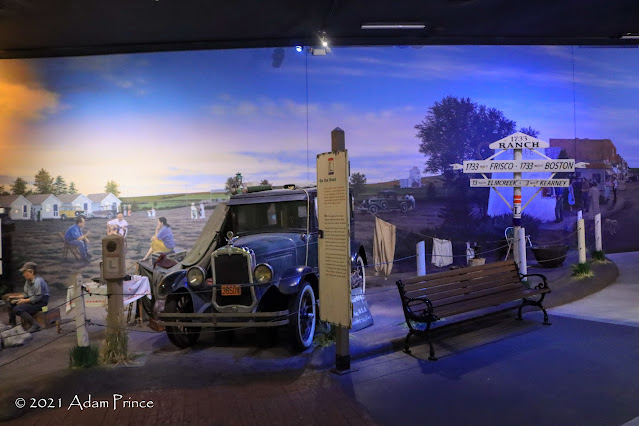 Doug has done a lengthy feature on the Archway - and you can learn more about it here. 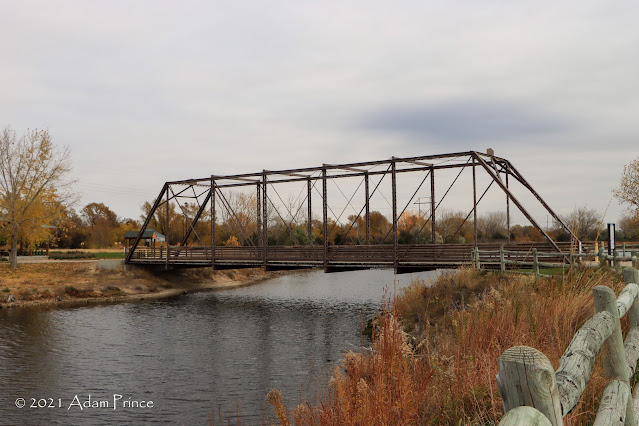 Tickets range from $12 (for Adults) to $6 (kids 6-12) - Seniors (62+) are $11, and kids under five are free.  They also accept AAA/CAA discounts.  In addition to the Archway, there are outdoor activities as well.  A maze for kids and connections to the Kearney Greenway system is there for anyone that wants to stretch their legs a bit longer.

For much of I-80's route across Nebraska, US 30, or the Lincoln Highway, parallels the Interstate to the North.  There are many small towns along US 30 and it's not a bad idea to stop at any of them.  Cozad, Nebraska is one of these prairie towns. 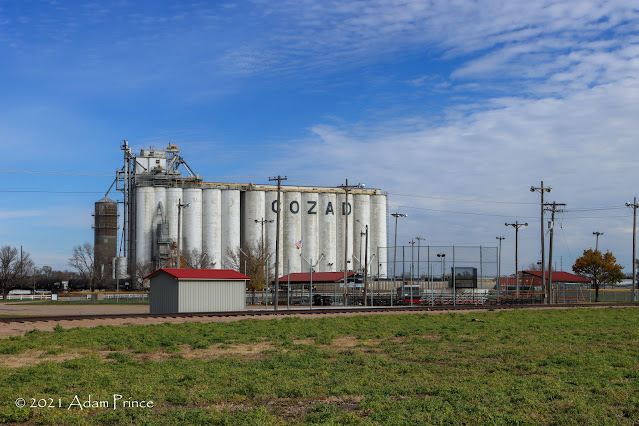 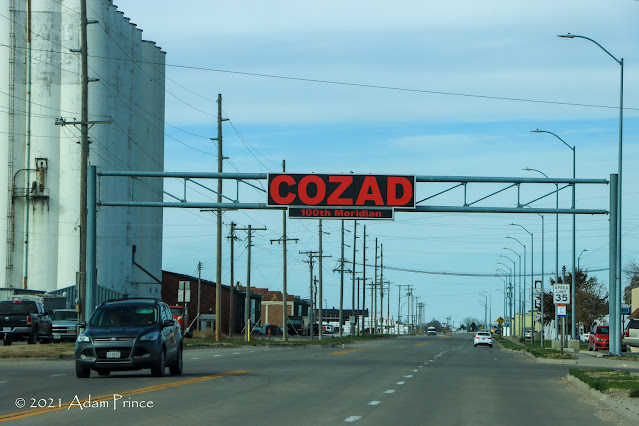 Cozad is unique as it sits on the 100th Meridan.  An overhead sign on US 30 marks the geographical feature.  Cozad was founded and named after John J. Cozad of Ohio.  John Cozad also has another town named after him.  The community of Cozaddale in Southeastern Ohio is also named after him. 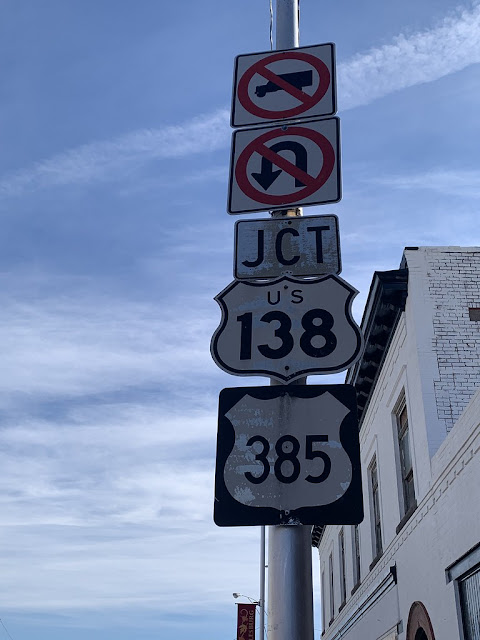 If you really want to mix things up, a brief dip into Colorado on Interstate 76 isn't a bad idea.  Roadgeek/signgeek-wise, the town of Julesburg is home to one of the last cutout US route shields not in Colorado.  Non-roadgeek, it's a nice little town of about 1200 people that you can walk around and explore. 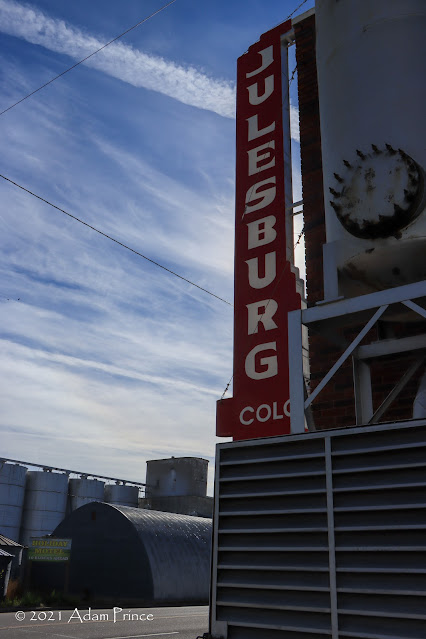 Julesburg was a stop on the Pony Express and is named after Jules Beni.  Beni's rivalry with and eventual death at the hands of Jack Slade is one of the legends of the American West.

Julesburg is close enough to I-80 and Nebraska that it's worth the 10-minute detour if you have the time.

West of Interstate 76, Interstate 80 begins to pick up some scenery with a number of bluffs and buttes along the way. If you are lucky, you will spot a train or two on the north side of the Interstate. 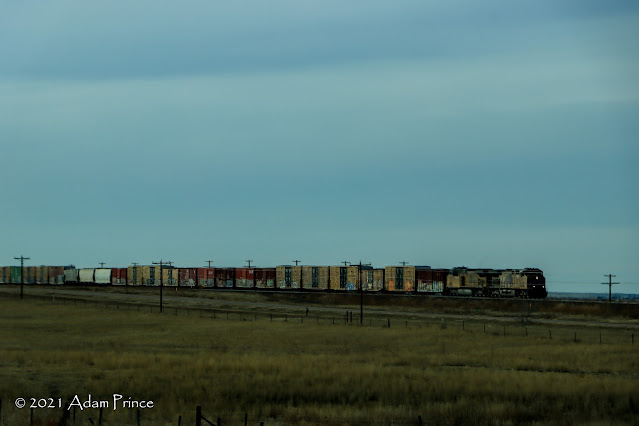 Once into Wyoming - we stopped at the first rest area in Pine Bluffs.  In an ironic twist, the rest area had Nebraska maps, but not any Wyoming maps.  (I'd get my Wyoming state map the next day don't worry.)

Since we were about 90 minutes or so early to check in to our Vrbo rental, we continued west on Interstate 80 towards Laramie.  This 35 or so mile drive west of Interstate 25 proved to be the most interesting and scenic part of the day's travels.

Interstate 80 west of Cheyenne begins to climb toward Laramie peaking at Sherman Summit.  Here at an elevation of 8,640 feet, Interstate 80 reaches its highest elevation along its entire 2,900-mile route.  This summit was also a peak along US 30 and the Lincoln Highway.  And it is at this point that the Abraham Lincoln Memorial Monument looks out over the highway. 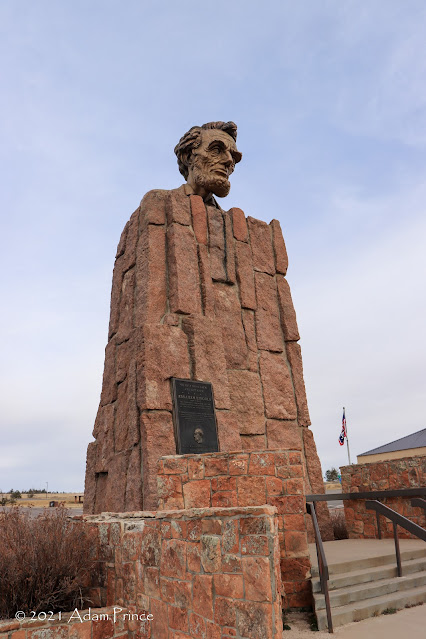 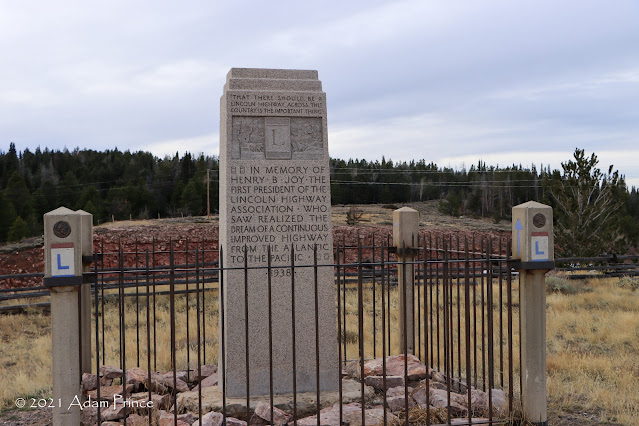 The bust of Lincoln that is the feature of the memorial was first erected in 1959 on Sherman Hill.  When Interstate 80 opened in 1969, the bronze memorial moved to its current location at the Summit Rest Area and Visitors Center. 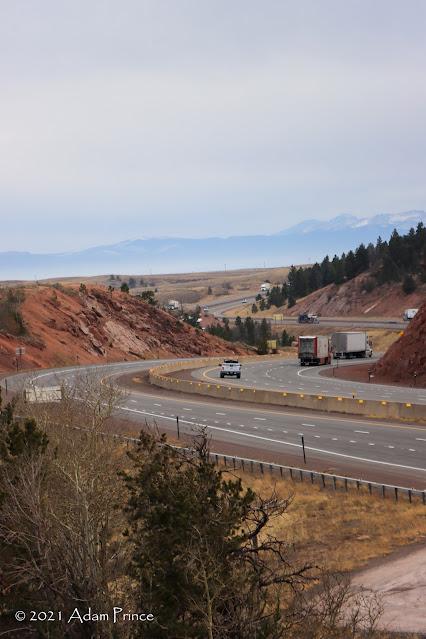 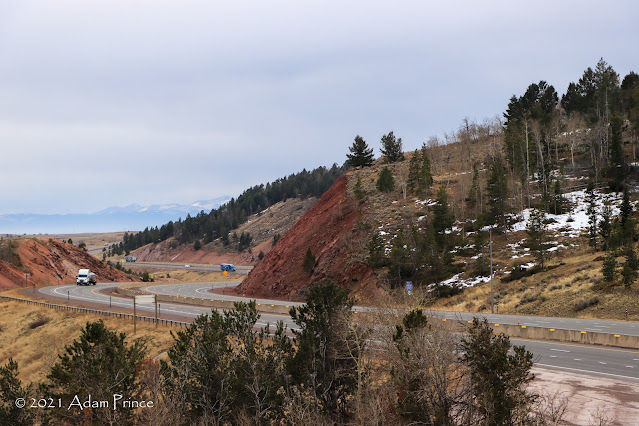 The Lincoln Memorial Monument is obviously worth the stop, but the views here definitely are worthwhile.

From this point, we headed back down the summit and east towards Cheyenne.  But there was one final stop, and its placement on an Interstate highway is rather atypical.  This stop is only marked as a left-side ramp "Point of Interest" you scale or head down the mountain. 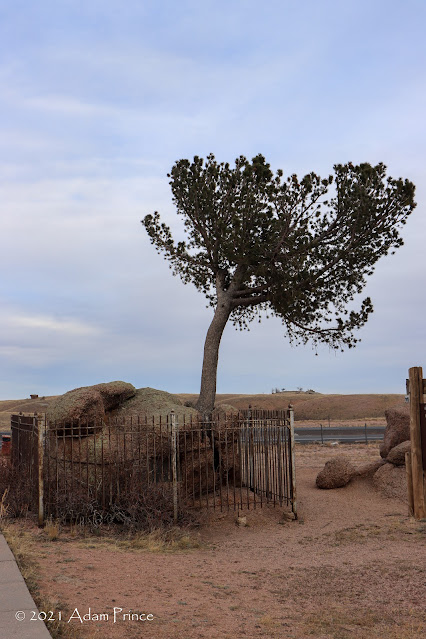 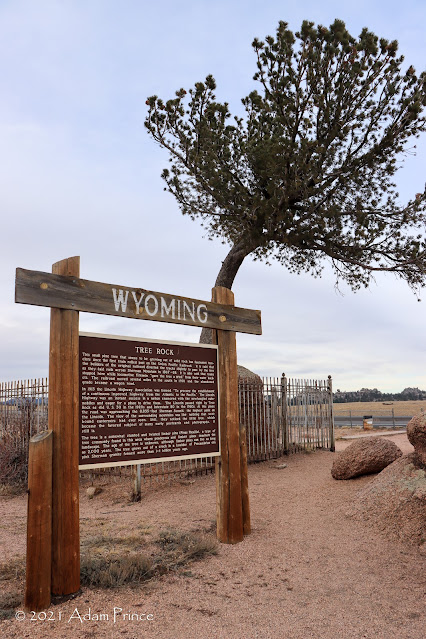 The Tree in Rock Historic Site sits in the median of Interstate 80 near the Vedauwoo rock outcroppings. The Limber Pine tree, which appears to be growing out of a granite boulder, has intrigued travelers since it was first discovered by Union Pacific rail workers in the late-1860s.  The age of the tree is unknown; however, Limber Pines can live for up to 2,000 years.  It is certainly one of the most unique things you can find in an Interstate's median.

At this point, we headed into Cheyenne to check-in for the week.  Tomorrow - Rocky Mountain National Park.