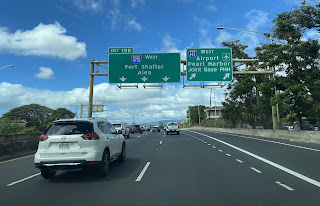 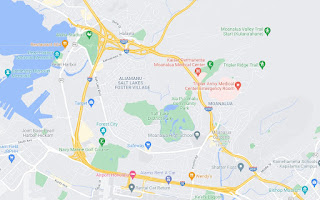 Part 1; the history of Interstate H-201 and the Moanalua Freeway

The corridor of Interstate H-201 is tied historically to Moanalua Road which skirted the namesake Moanlau Valley.  Moanalua Road was constructed during the 19th Century and originally connected from King Street in Honolulu westward to Aiea.  Moanalua Road was paved in macadam circa 1899 which greatly enhanced overland travel.  The Moanalua Road can be seen on the 1899 J.T. Taylor map of O'ahu listed as the "Government Road" through the Moanlau Military Reservation. 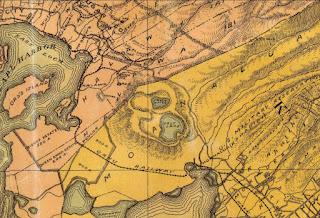 Construction of U.S. Army Fort Shafter began in 1905 and would be completed during 1907.  The establishment of Fort Shafter led to an influx of traffic on the Moanalua Road which began to degrade.  Moanalua Road was repaired during the 1910s and plans were announced in 1921 to straighten it.
During World War II the territory of Hawaii saw an influx of military activity following the attack on Pearl Harbor on December 7th, 1941.  Numerous Military Routes and early Hawaii Routes were signed through the Hawaiian Territory to aid military personnel in navigating the islands.  Military Highways were assigned US Route style shields whereas lesser highways were assigned an early variation of what is now the Hawaii Route Spade.  A 1946 Army Map of the Island of O'ahu shows the existing Moanalua Road signed as Hawaii Route 103 ("HI 103").  A full version of the 1946 Army Map of O'ahu can be seen on hawaiihighways.com here. 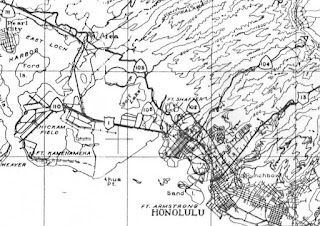 The Hawaiian Territorial government began construction of a four lane expansion of HI 103/Moanalua Road following the opening of the Triple Army Medical Center in 1948.  The full scope of the expansion project would reduce the number of curves on Moanalua Road by 75% and was planned to connect with the Mauka Arterial (now Interstate H-1) in Honolulu.  The westernmost 2.7 miles of the expanded Moanalua Road opened to traffic on April 28th, 1954.
Circa 1955 following the conclusion of World War II the United States Bureau of Public Roads renumbered the Hawaii Route System.  The 1955 Hawaii Route renumbering saw most of the conventions utilized by the current Hawaii State Route System established.  Primary Hawaii Routes were given two digit numbers whereas Secondary Hawaii Routes were given three digit numbers.  The Hawaii Routes were assigned in sequence for what Island/County they were located on coupled with what Federal Aid Program number they were tied to.  In the case of O'ahu the Island was assigned numbers in the range of 60-99.  HI 103/Moanalua Road was subsequently renumbered as part of HI 72 during due it being designated a primary highway.  A far more detailed explanation of the 1955 Hawaii Route Renumbering can be found at hawaiihighways.com here.
HI 72 and Moanalua Road can be observed in detail on the 1959 Gousha Map of Hawaii. 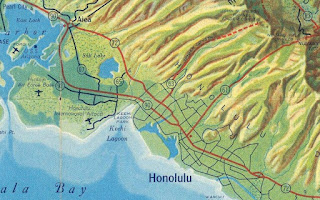 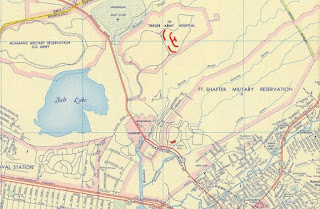 On August 21st, 1959 Hawaii became the 50th State which saw it's profile rise significantly.  The Hawaii Department of Transportation's History of Interstate H-3 guide details much of the early history of the Interstate System in Hawaii.  The Interstate System in Hawaii was authorized as part of the 1960 Statehood Act.  The 1960 Statehood Act authorized Interstates H-1, H-2 and H-3 on the Island of O'ahu.  Notably HI 72/Moanalua Road was not included in the initial run of Interstates on O'ahu. 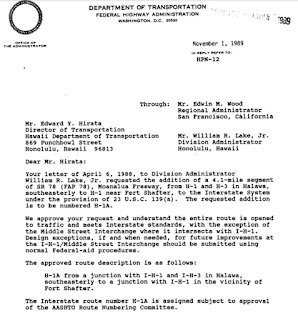 On May 18th, 1990 the Hawaii Department of Transportation submitted an application to the AASHTO for Interstate H-1A to be designated over HI 78/Moanalua Freeway. 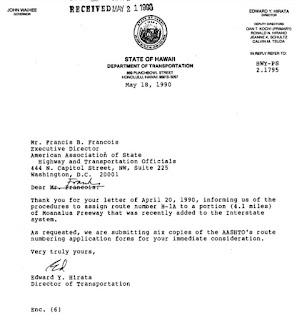 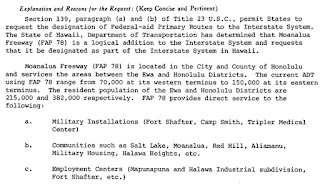 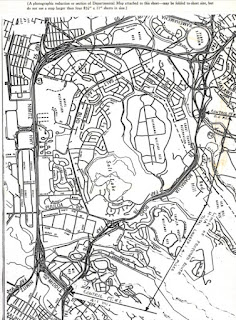 On June 14th, 1990 the AASTHO informed the Hawaii Department of Transportation that the consideration of the approval of the designation of Interstate H-1A was withheld pending further review. 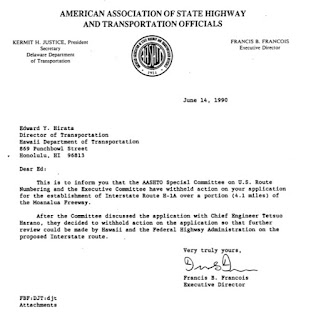 The Federal Highway Administration in a letter to the AASHTO dated June 18th, 1990 noted that it was aware the latter was no longer approving suffixed US Routes and Interstates.  The Federal Highway Administration went onto add it would ask the Hawaii Department of Transportation to seek a three digit auxiliary designation for the Moanalua Freeway given it looped to/from Interstate H-1. 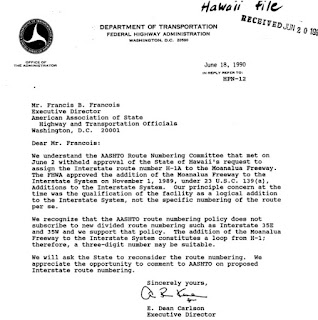 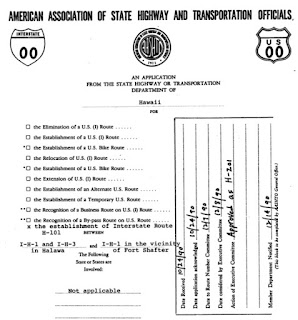 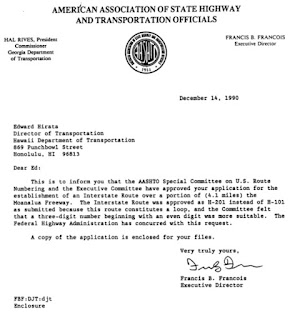 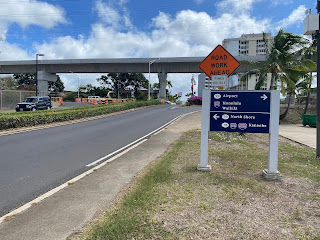 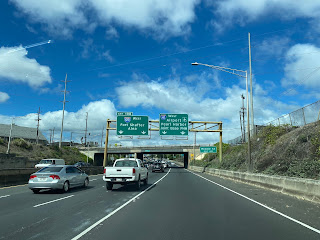 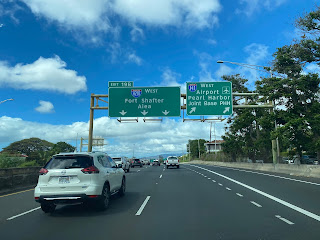 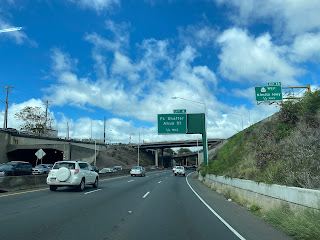 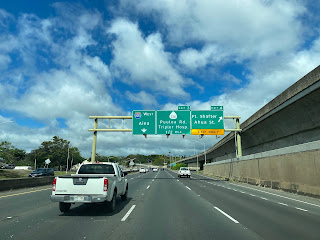 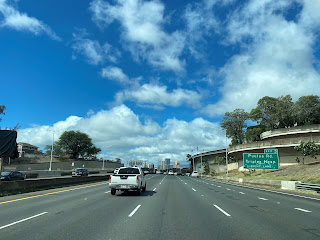 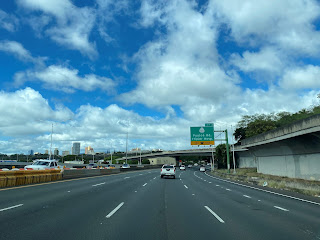 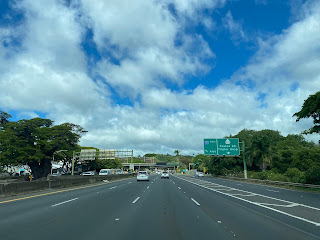 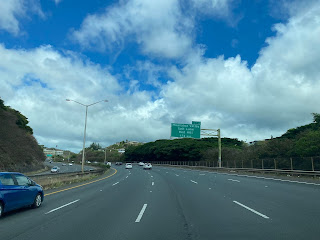 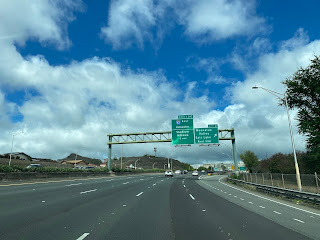 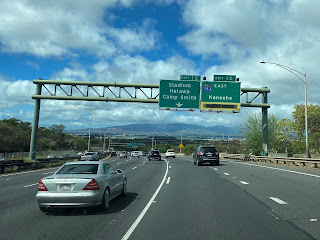 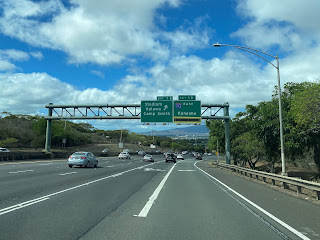