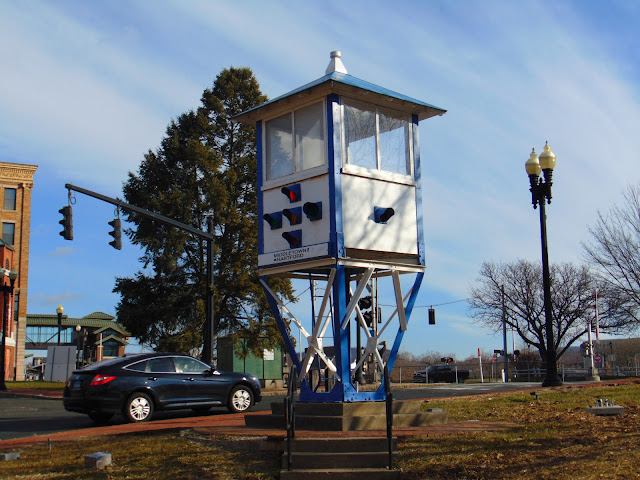 One of the enduring symbols of Meriden, Connecticut is its historic traffic control tower. In the early days of automobile travel, traffic at intersections was directed by an attendant in a control tower. The attendant would get to their booth in the tower by climbing a ladder from the base of the tower. This attendant would manually switch the familiar red, yellow, and green lights of the traffic light in a regulated pattern. The traffic control tower also includes signs for destinations such as Hartford, Middletown and Waterbury, which are nearby cities in Connecticut. Also featured on the sign is a mention of US Route 6A, which was a southern alternate route for US 6 in Connecticut and is now part of CT 66.

Meriden's traffic control tower was first erected and used on September 21, 1925. The traffic control tower was considered to be innovative for its time as this was before automated traffic signals caught on. The tower was considered unique and was quickly adopted by local residents who considered it to be a local landmark and a symbol of Meriden. The traffic control tower was originally placed a few blocks north of its current location in an area rich in transportation history in both Meriden and Connecticut at large. Early colonial roads and stage coach roads passed through Meriden, usually going to either Hartford or New Haven. Later, US 5 once passed through downtown Meriden, but now the highway runs east of Meriden down Broad Street. 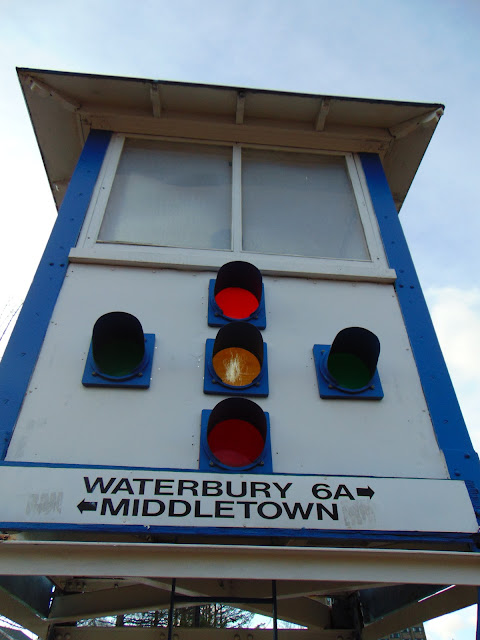 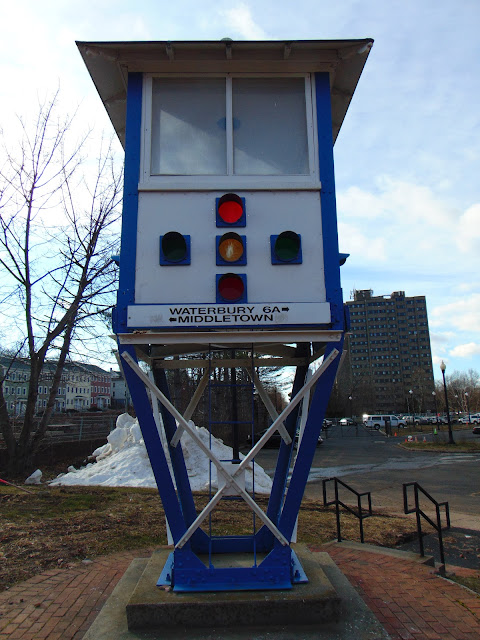 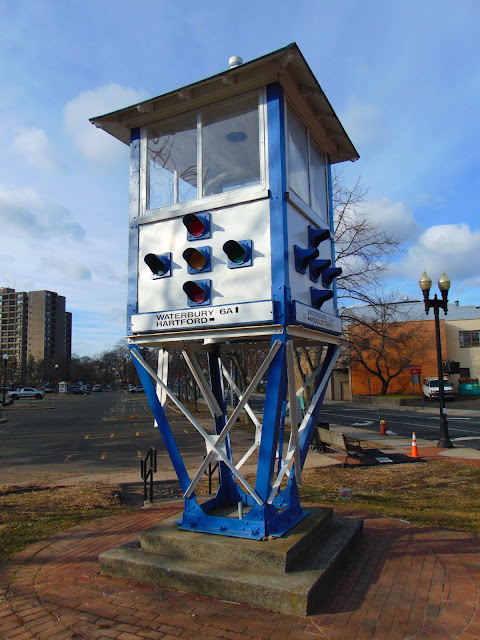 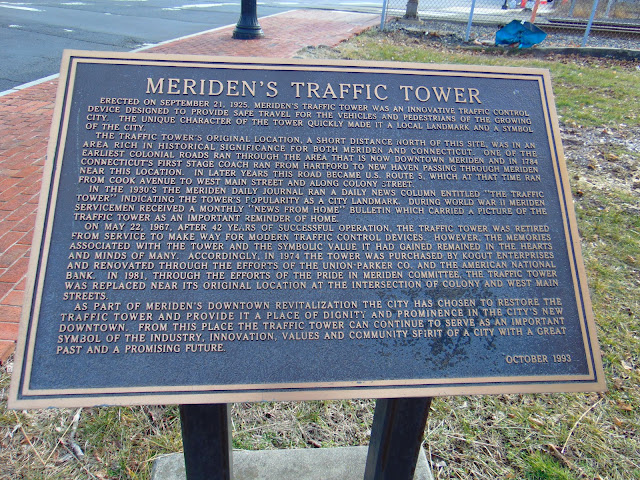