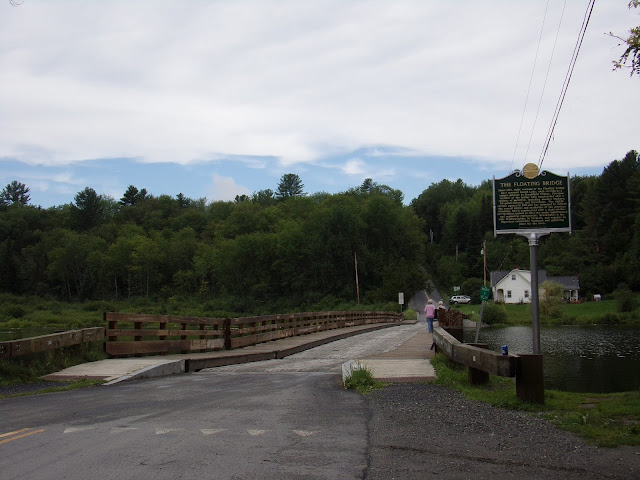 The first floating bridge was built with Yankee ingenuity by Luther Adams in 1820. During this era, area residents elected to travel across frozen Sunset Lake during the winter months to reduce the time to get across the lake as opposed to walking around the shoreline, with it being a shortcut of about 1 mile. Back in the 1810s, the residents on the west side of Sunset Lake found it difficult to get to the main village of Brookfield on the east side in the summer. They could go either north or south of the pond but with horse drawn carts, but it added much time to their journey. During the winter months, it was much quicker just to cross the ice . Talk of a bridge was commonplace at this time, but it took a tragedy to build the bridge. Tragedy struck on November 22, 1813 when Daniel Belknap decided to cross the thin ice instead of going around. As a result of this decision, he fell through the ice and drowned. The local townspeople mourned the loss of their neighbor and after much thought, a group of people led by Luther Adams decided to build a bridge across the lake, using a group of logs to strengthen the crossing. Once the ice melted in the spring, the logs remained floating and residents continued to cross Sunset Lake.
This type of bridge remained until 1884 when Orlando Ralph devised a flotation system using kerosene barrels. These tarred, wooden barrels were kept in place by the cribbing of the bridge's structure and the roadway itself. Succeeding bridges kept this basic design until the seventh edition bridge was built in 1978, although whiskey barrels were used for floatation with the sixth edition of the floating bridge bridge built in 1936.

Early in 1884, local townspeople were complaining about the poor condition of the Brookfield Floating Bridge. Some people wanted the bridge to be repaired while others wanted a road built around the north end of the pond. The town's Selectmen took no action on the matter, so the pro-bridge group appealed to the County Road Commissioner who ordered the bridge repaired and the town to pay $350 for the repairs. The Selectmen refused to do so and got a court injunction against the town financed repairs. The bridge advocates then contributed the funds necessary for the repairs and the new redesign for the bridge. Not to be outdone, the Selectmen laid out a new road around the north end of the pond. In the end, townspeople continued to use the bridge, and as temperatures cooled, the road was never built.
During the summer of 1978, the seventh Brookfield Floating Bridge was built. The basic structure of the bridge remained the same as the preceding three bridges, except that the wooden barrels were replaced by plastic containers filled with Styrofoam. The containers are functional, but lack the mystique and romance of the old wooden barrels. However, the off-market plastic containers absorbed water, causing the seventh version of the bridge to be closed to motor vehicle traffic in 2008 as the floating bridge was submerging into Sunset Lake. This modern bridge even has raised sidewalks to keep people's feet dry and to prevent you from slipping on the slimy, green wood that had been under water all summer.
After the seventh floating bridge closed to traffic in 2008, there was talk of building a new floating bridge. Some estimates pegged replacement costs at $2 million, which caused bridge replacement to fall lower on the Vermont Agency of Transportation's priority list because of the low traffic counts of about 110 vehicles per day on the bridge as well as the fact that the floating bridge is closed during the winter months. Other estimated pegged the replacement costs to be closer to $215,000. Fortunately, in 2014 and into 2015, the bridge was replaced. The design for the current bridge uses a flotation system consisting of ten 11-foot-wide and 51-foot-long FRP pontoons joined to form a monolithic float. The top side of the structure was constructed entirely of timber to match the aesthetic appearance of the original construction. The bridge was built to be more durable, maintenance-free, modular to aid in potential major repairs, and more predictable. The bearings and hinged expansion plates were specially designed and detailed to accommodate large movements caused by fluctuations in the lake level. As a result, the newest bridge is expected to last 100 years, and only the timber will need replacing in 30 to 40 years. The new bridge is also the world’s first fiber reinforced composite floating bridge with a timber deck and railings that conceal the pontoon rafts that are connected underneath the bridge. 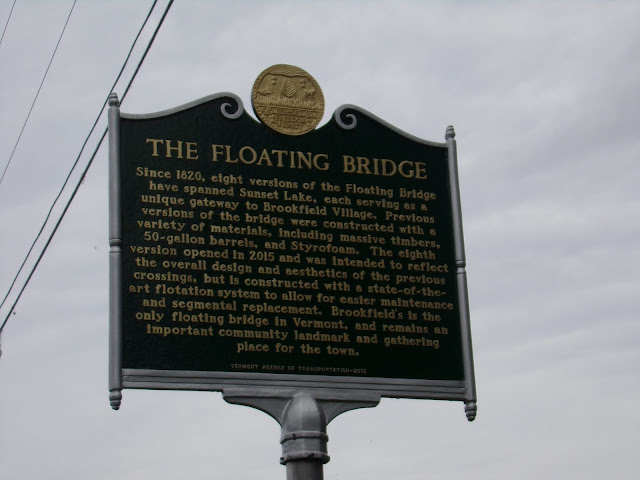 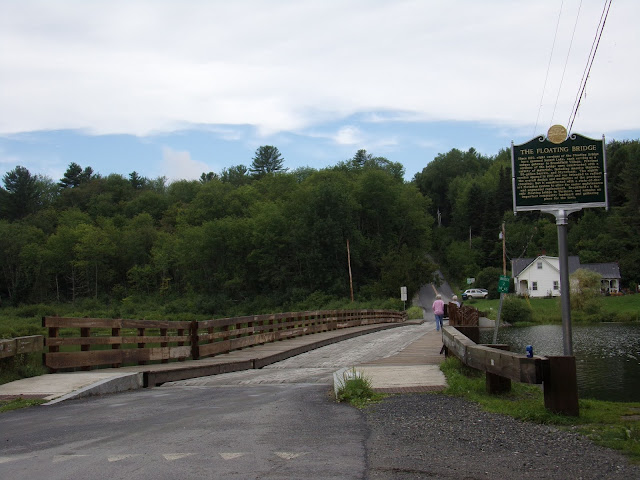 Photos below are of the 1978 version of the Brookfield Floating Bridge. When I visited the bridge in 2011, the bridge was closed to vehicular traffic, but open to pedestrians and people fishing off the side of the bridge. As you can see, the bridge had submerged a bit over time. 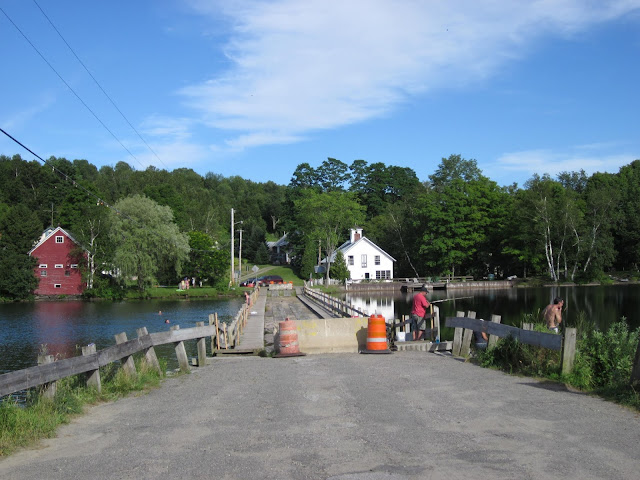 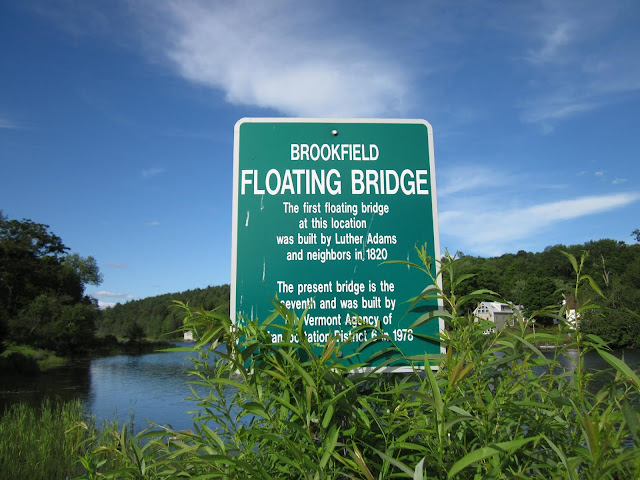 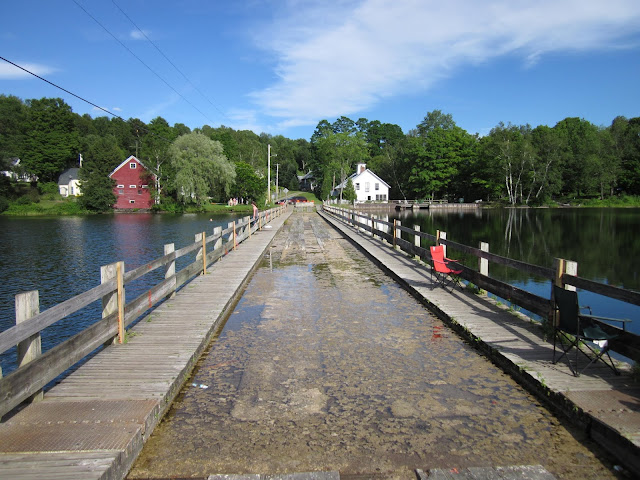