Casey, Illinois and All the Big Things 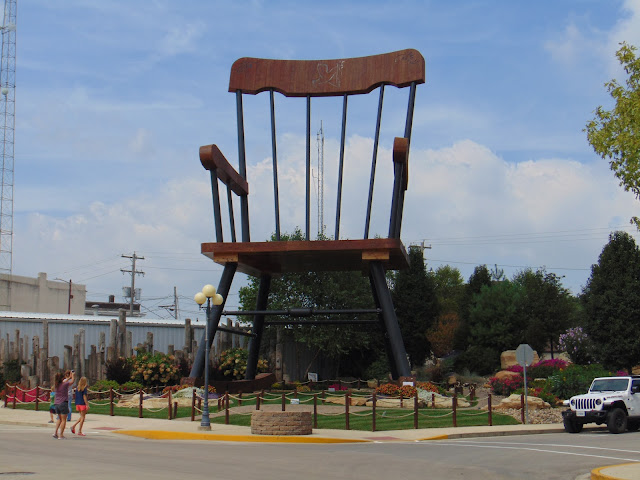 About halfway between St. Louis, Missouri and Indianapolis, Indiana along I-70 is the small town of Casey, Illinois, or rather, a small town with a lot of big things, such as the World's Largest Windchime and the World's Largest Rocking Chair. But while Casey is a nice place fit for a giant, the town had more humble beginnings, stemming back to the days of the historic National Road. Casey's beginnings can be found in a settlement named Cumberland, situated along the historic National Road in eastern Illinois. A post office named after Zadok Casey (who once represented Illinois in the United States Congress) was established at Cumberland in 1838, but was discontinued nine years later. As a result, Cumberland is now part of the city of Casey.
The original town of Casey was first platted in 1851 and surveyed in 1853. Casey grew up as a farming community in the 19th Century, with 2 railroads serving the area, the Pennsylvania Railroad and the Doty Railroad. Casey was one of many towns along the National Road that grew thanks to the oil boom of the early 20th Century. By 1907, around 2,000 oil wells had been drilled in the immediate Casey area and today, over 1 million barrels of crude oil is pumped each year in Clark County, Illinois alone. Casey’s Fairview Park was a spinoff of these prosperous years and at one time featured a racetrack. Visitors to Casey will also observe a sign acknowledging native son, David Hanners, a 1989 Pulitzer Prize winning reporter. The USA Softball of Illinois Hall of Fame Museum is also in Casey. So where do the big things come into the story of Casey, Illinois?
In 2011 a man from Casey by the name of Jim Bolin wanted to give back and had a vision to try to drive economic development and put Casey back on the map, especially given that I-70 is nearby. The idea was to create big things and the people will come. So the concept of  "Big Things Small Town" was born, with the help of Jim Bolin and his business, Bolin Enterprises. In 2011 the World's Largest Wind Chime was introduced. From that point, there are now nine Guinness book of World Records items in Casey, which include the World's Largest Golf Tee, World's Largest Knitting Needles and Crochet Hook, World's Largest Mail Box, World's Largest Rocking Chair, World's Largest Wooden Shoes, World's Largest Pitch Fork, and soon to be World’s Largest Gavel. Along with that, there are several big things around Casey, that are not world records, but add to the scenery and mystique of what the town has to offer. Things like a large pencil, a large birdcage and a large yardstick, which is much longer than a yard. Plus there are more big things that get added to the collection in Casey.

Most of the materials used to create the big things are recycled. Almost all of the wood used comes from old telephone poles. As for the metal that is used, much of it is damaged pipe and out of use oil tanks. You could say that having a stash of junk has been quite an asset for these projects. Most of the big things are located around downtown Casey, making it a perfect place to stretch your legs after a long drive on I-70. There are also a few big things that are located on the outskirts of town as well. I didn't get to see all the giant attractions while I was in Casey, but I got to see plenty of big things. So let's check one of the more unique and cool collections of roadside oddities out there. 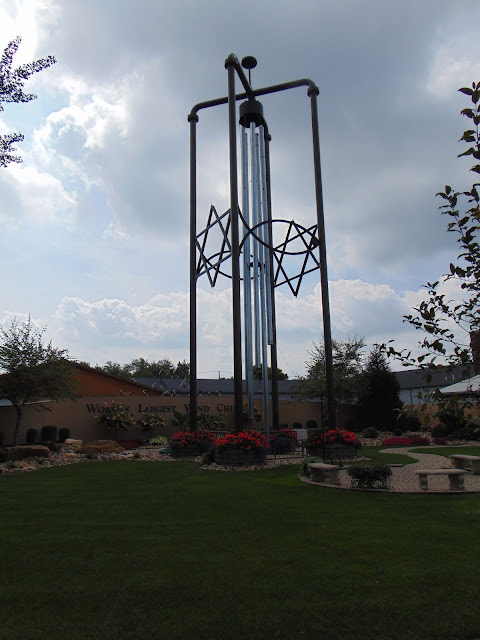 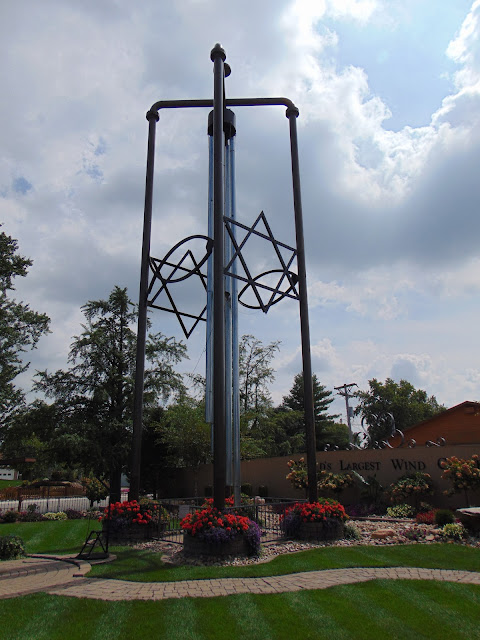 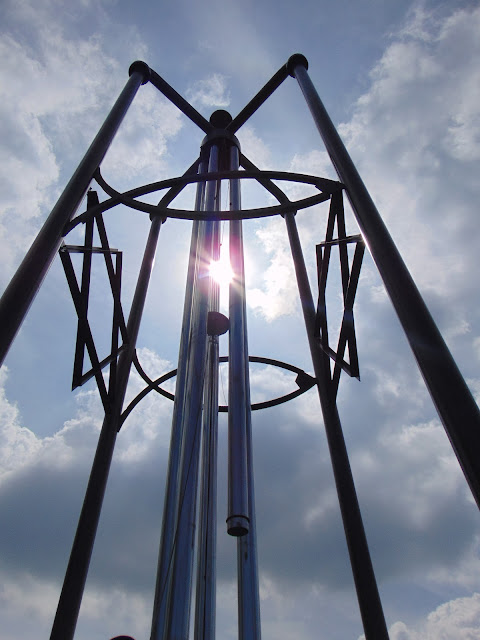 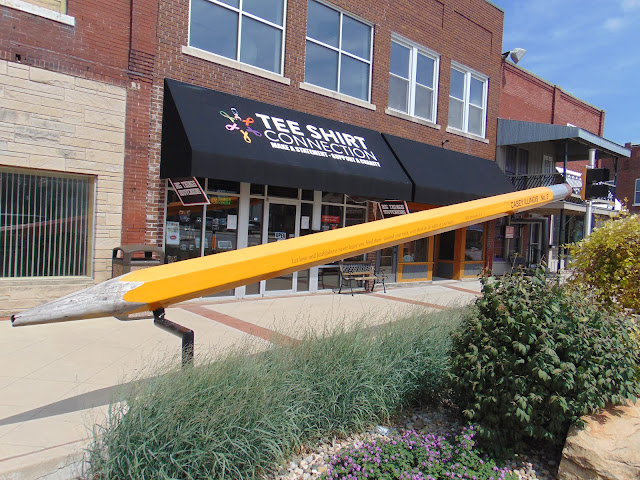