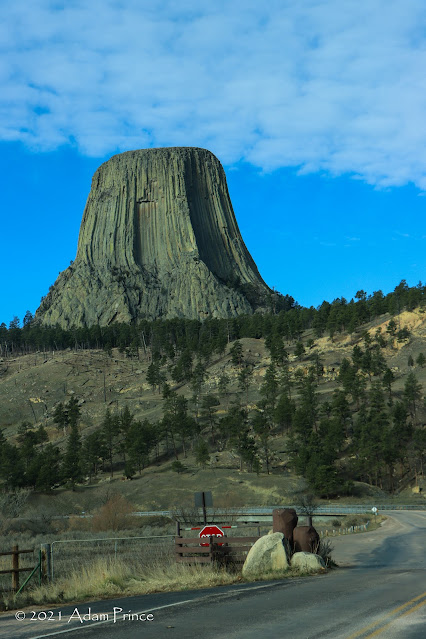 Today was Rapid City to Cheyenne via Devils Tower National Park.  The weather was definitely much colder than it was the first half of the trip - and the wind didn't help either.

If Rocky Mountain National Park amazed me, Devils Tower National Monument inspired me.  From the moment it first came into view on US 14 - and during my hike around the tower - I continually was in awe of it.

Devils Tower is the United States' first national monument.  The Antiquities Act of 1906 authorized the President of the United States "to declare by public proclamation historic landmarks, historic and prehistoric structures, and other objects of historic or scientific interest that are situated upon the lands owned or controlled by the Government of the United States to be national monuments, and may reserve as a part thereof parcels of land, the limits of which in all cases shall be confined to the smallest area compatible with proper care and management of the objects to be protected." 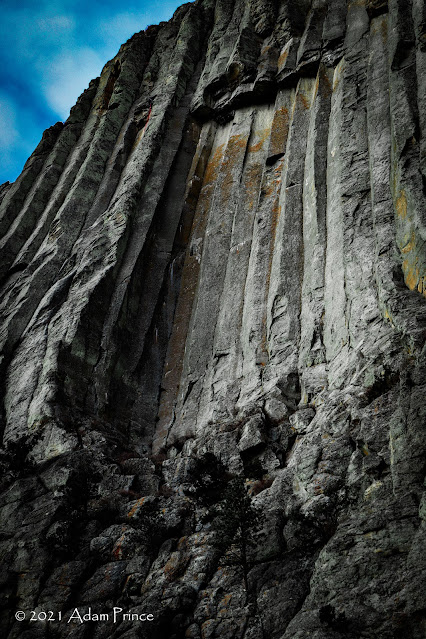 At the park, I did the 1.3 mile paved Tower Loop Trail.  This trail runs the closest to the tower - and during Summer months is the most popular.  With it being November, I pretty much had the entire hike to myself.  It seemed like along every step, I found a new vantage point, a new detail, a new majesty to see. 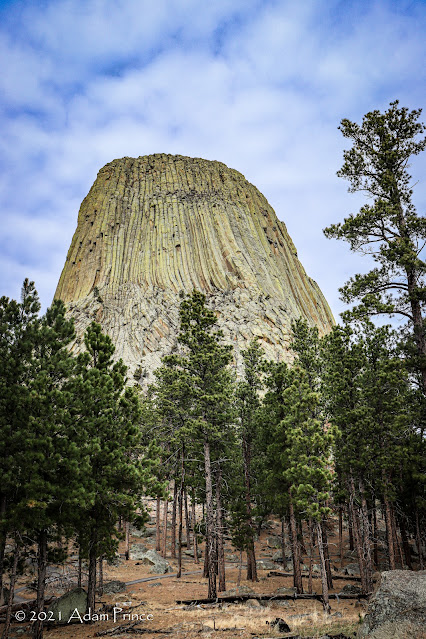 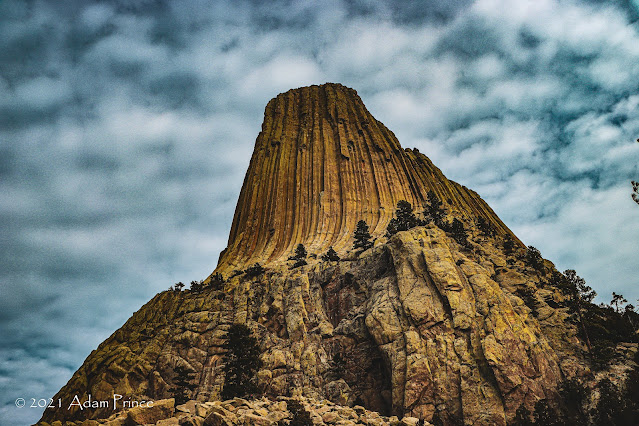 I took so many photos that it did allow me to try various filters, settings, etc. in Lightroom.  As you can tell, I got carried away. 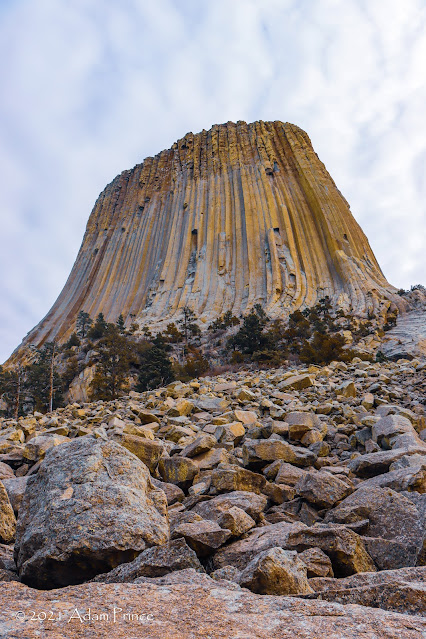 There are plenty of other trails at Devils Tower - many through the prairie and along the Belle Fourche River.  These trails offer more distanced views of the tower and include the entire prairie landscape.  Of course, there are numerous rock climbing trails on the tower itself.

The trip back to Cheyenne was another great example of the openness of Wyoming. 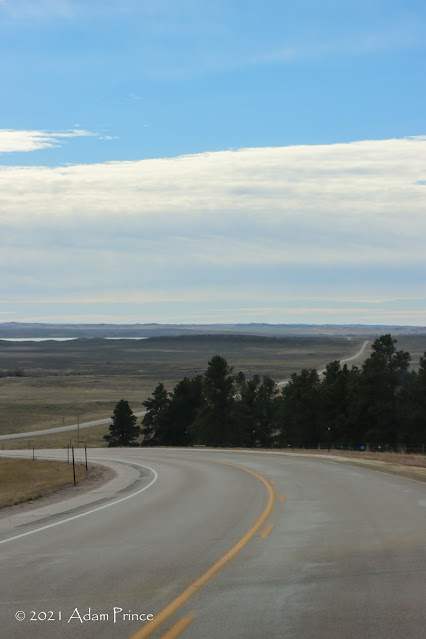 Wyoming 59 is pretty much a straight shot connecting Gillette and Douglas.  Other than a town called Bill, it is wide open with more windmills than services along the 100 or so miles between the two towns. 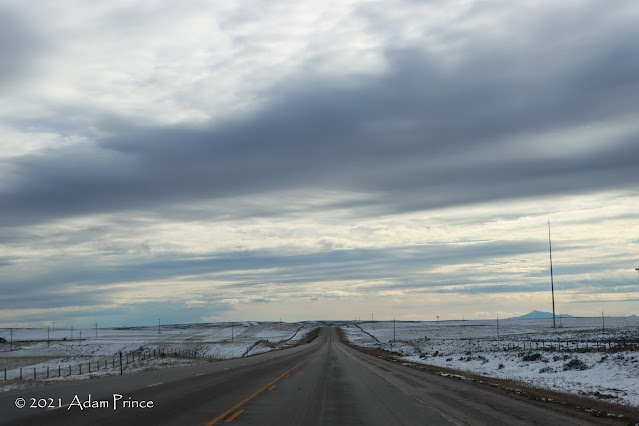 Interstate 25 South offered a lot of scenery - and on this day a lot of wind.  Stopping at the Rest Area at US 18 in Orin was quite blustery. 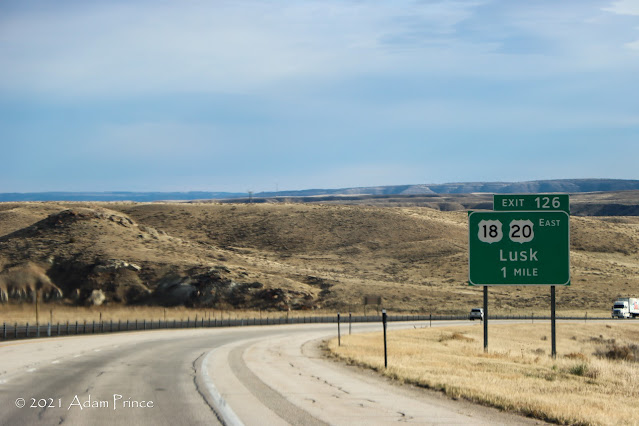 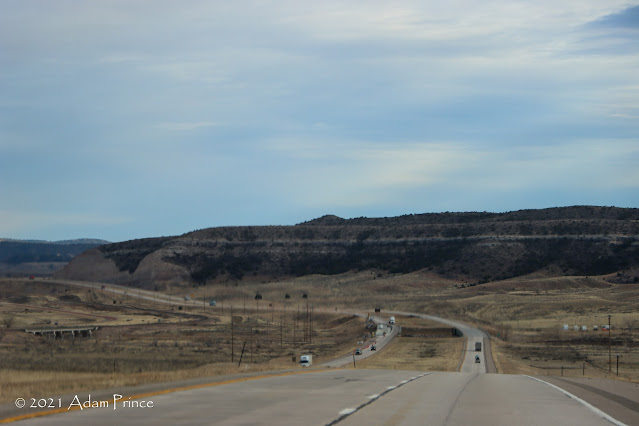 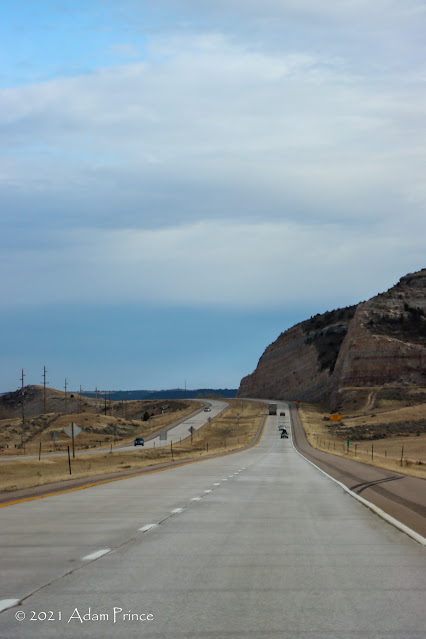 We got into Cheyenne about 3:30 or so.  Again, I was exhausted to really go out and explore the town.  We did stop at a local brewery for pizza and a beer and drove around town a little bit.  Cheyenne seems like a great small town that I'd like to see more of. 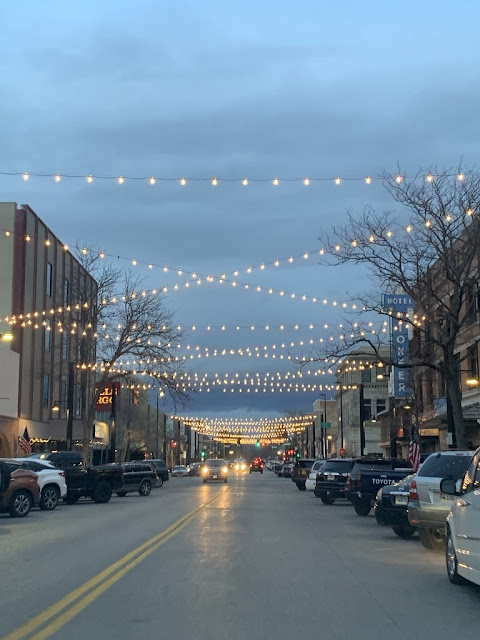 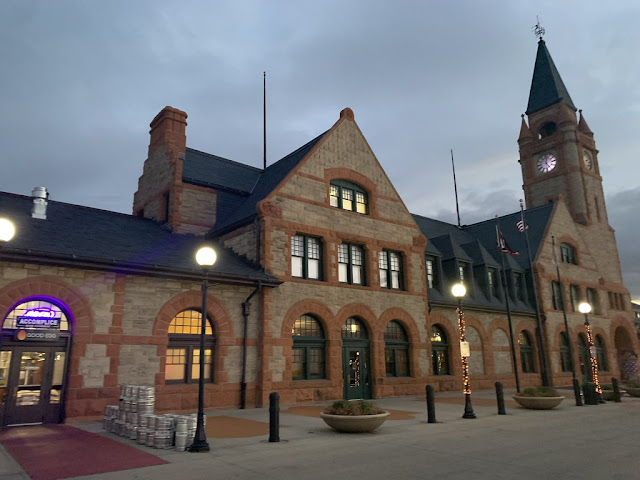