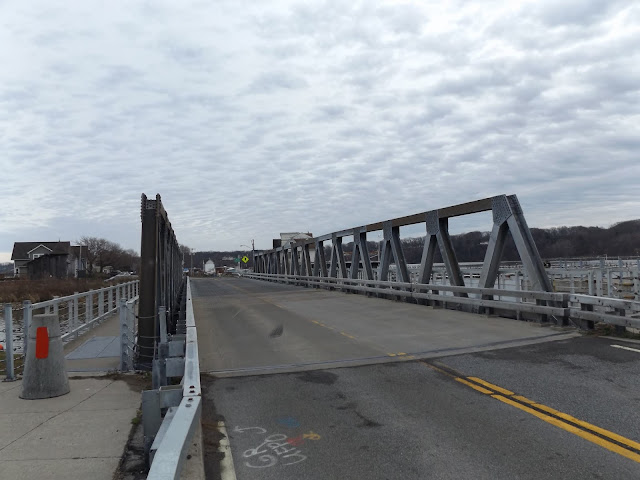 The Irondequoit Bay Outlet Bridge (or IBOB for short) is a bobtail swing truss bridge and is located at the north end of Irondequoit Bay, spanning across the bay's outlet between Lake Road in the Town of Webster and Culver Road in the Town of Irondequoit, just outside of Rochester, New York. The bridge is made of steel and concrete, is 186 feet in length on two spans, the roadway is 24 feet wide and features two pedestrian walkways, although only one is available when the bridge is in the open position. Annually, the bridge is swung into place for use by motor vehicles for 5 months out of the year from November 1 through March 31 and swung away in to storage to open the channel for boating traffic for 7 months out of the year from April 1 through October 31.

The actual swinging of the Irondequoit Bay Outlet Bridge takes only about 20 to 30 minutes to complete. However, there is roughly a 2 hour preparation time to swing the bridge into position to either open or close the bridge, getting the bridge ready to swing, by installing hydraulic jacks, lifting the bridge, and to manually removing the bearings before it can be swung. There is also a 2 hour period to close out any operation after the bridge has been swung, so it makes more sense to keep the bridge in the same position for the season.

This is not the first crossing at the Irondequoit Bay Outlet. During the 1900s, the outlet was crossed by a narrow truss highway bridge and a single track railroad line. Around 1929, the narrow bridge was replaced with a two lane bridge that was supported on timber piles. That bridge remained in service until August 14, 1985, when it was removed as part of a project by the Army Corps of Engineers. This project served the purpose of opening up the Irondequoit Bay to marine traffic from Lake Ontario.

The Irondequoit Bay Outlet Bridge came to be after several studies had been carried out to determine which was the best way to provide a new crossing at the Irondequoit Bay's outlet. It was determined that a low level removable or seasonal bridge spanning the channel four months of the year was the only viable alternative that could be constructed with the remaining funds, after the allocated $20 million for a high level bridge was diverted to earthquake relief in 1994 after the earthquake in Northridge, California. In 1997, the Monroe County Legislature approved a $4.8 million project for the construction of a new bridge along with the renovation of the nearby Irondequoit Bay Marine Park. Construction itself took place between December 12, 1997 and December 1, 1998, which the actual cost of the bridge came in at roughly $3.6 million.

The bridge has become controversial with residents of both Sea Breeze in the Town of Irondequoit and the Town of Webster that are either connected by or separated from each other by the bridge. During the summer months, motorists are required to head a few miles south to the Irondequoit Bay Bridge on NY 104 if they want to cross the bay. As the bridge is used by local residents and commuters when the bridge is open during the winter months, there has been discussion whether to keep the status quo or improve vehicular access for local residents while ensuring that boaters can get between the Irondequoit Bay and Lake Ontario as well.

There was a feasibility study made in 2018 that discussed different alternatives for the future of the Irondequoit Bay Outlet Bridge. A strong percentage of people either wanted the bridge to be opened year round or to be opened to vehicular traffic during a longer period of the year. Requests have been made to the U.S. Coast Guard to extend the time period during the year to allow motorists to cross the bridge, but those requests were denied and the Coast Guard would not extend the period that the bridge is open to traffic. Therefore, during the study, eight preliminary alternatives were identified. The alternatives were a fixed bridge with a 75 foot under clearance, a vehicular tunnel, instituting a ferry service, retrofitting the existing bridge for year round operation with a 10 foot under clearance, a new movable bridge with 10 foot under clearance, new ramps at Irondequoit Bay Bridge between NY 104 and Sea Breeze Drive in the Town of Irondequoit, a connection between NY 104 and Ridge Road in the Town of Irondequoit (which could go hand in hand with the aforementioned ramps), or do nothing. Emphasis on retrofitting the current Irondequoit Bay Outlet Bridge or building a new bridge in its place seem to be the preferred alternatives.
A fixed bridge with a 75 foot under clearance at a cost of $57.3 million or a tunnel with a cost of $67.8 million were disregarded as alternatives fairly quickly, not only due to the cost, but also due to the impact it could have on local residents living on Lake and Culver Roads. Retrofitting the current bridge would obviously cost less at about $16 million, but doing so would raise the bridge to allow for a higher clearance, plus improvements would be needed in order to allow the bridge to swing faster in order for boats to traverse the outlet. A new bridge would likely be of a single leaf rolling bascule design that can be constructed during the boating off-season and is estimated to cost about $32.9 million.

Meanwhile, the Irondequoit Bay Outlet Bridge is interesting to see at any time of the year, whether the bridge is open or closed to motor vehicles. While it may not be the most aesthetically pleasing bridge, the mechanics of the bridge are certainly interesting to look out and to see in operation if you have the chance to do so. There is also a small park, beach and walking path along the jetty of the Town of Irondequoit side of the bridge to enjoy during a visit. 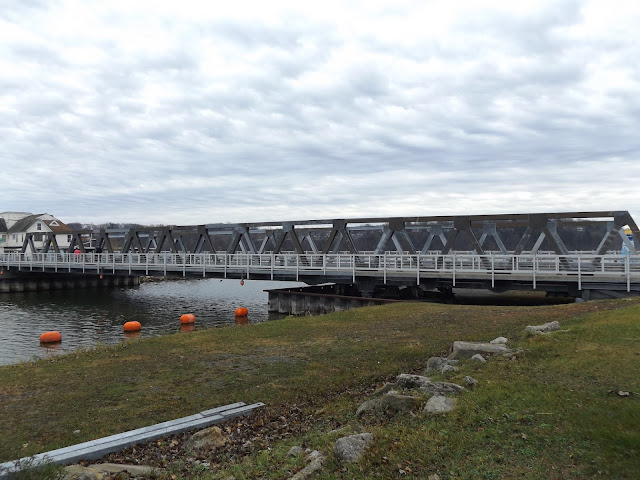 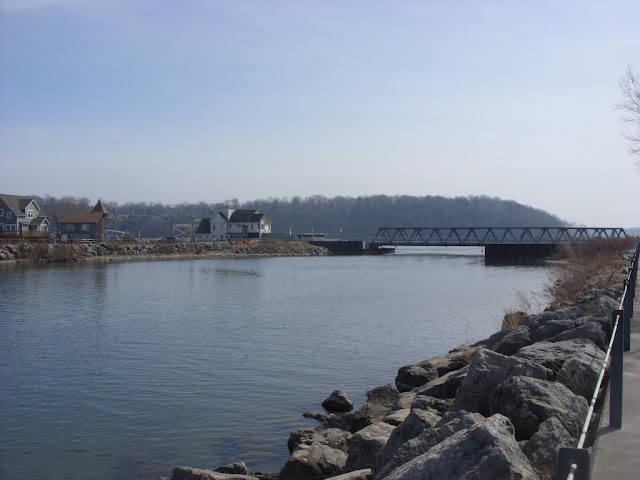