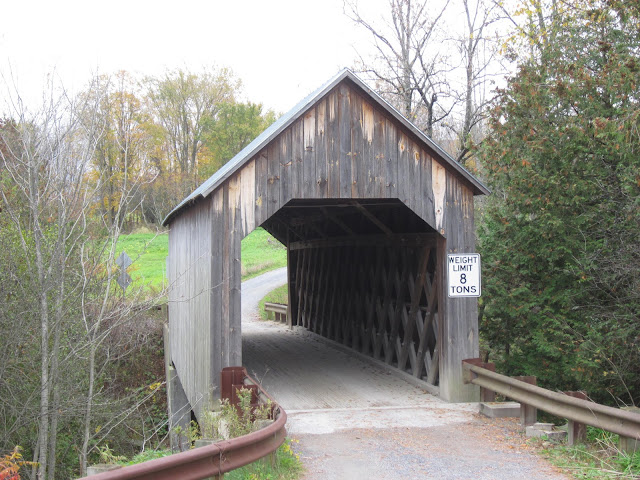 Located near Middlebury, Vermont, the Halpin Covered Bridge is Vermont's highest covered bridge above a stream bed. Spanning 41 feet over a natural waterfall on Muddy Branch of the New Haven River, the 66 foot long Town lattice through truss designed covered bridge was originally built in 1824. It was originally built to serve one of the state's earliest marble excavations, the Halpin quarry at Marble Ledge. While the quarry is no longer in use, the bridge is now maintained by the town and serves a farm run by the Halpin family. The original bridge abutments were marble, perhaps coming from the nearby marble quarry. 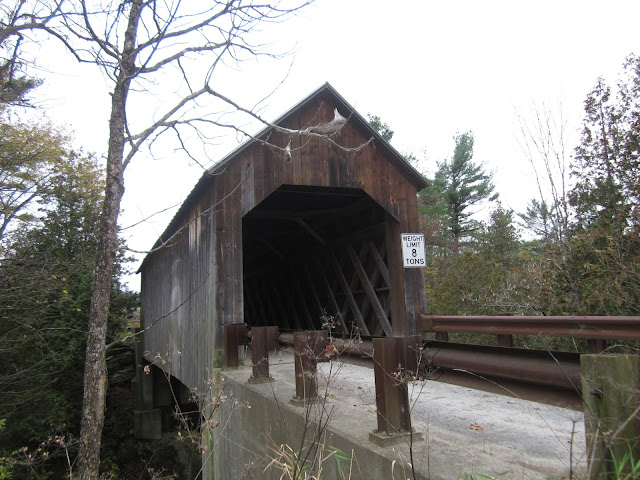 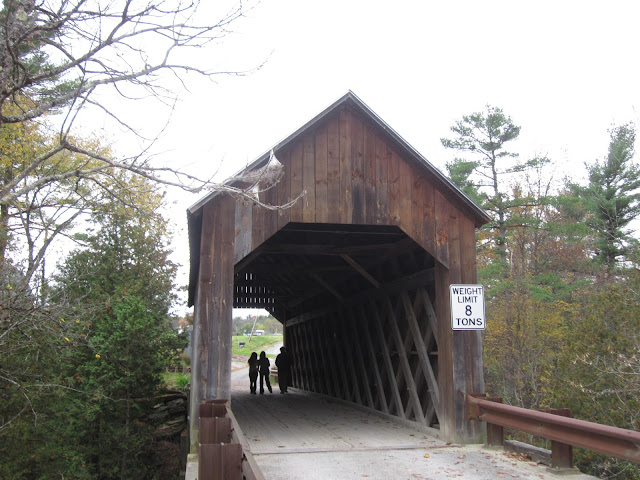 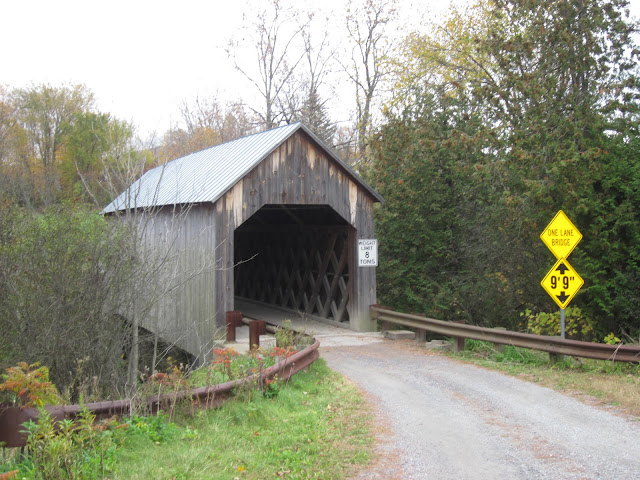 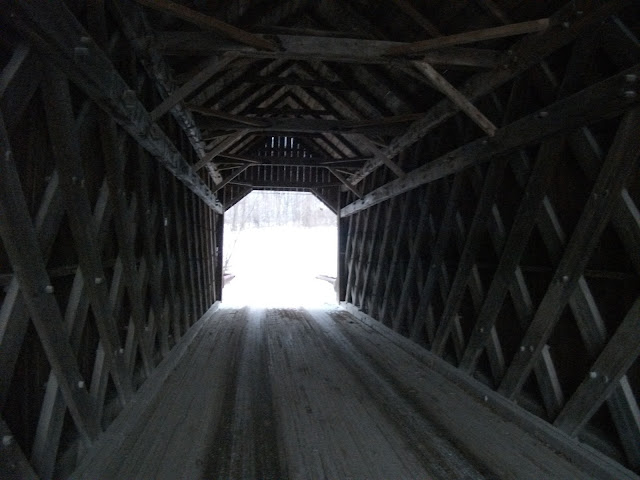 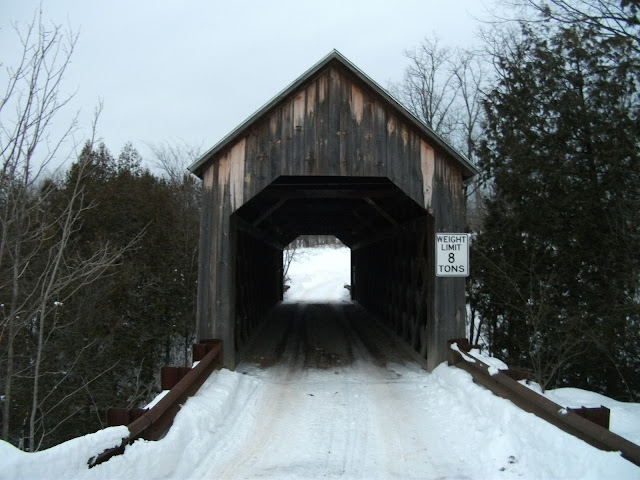 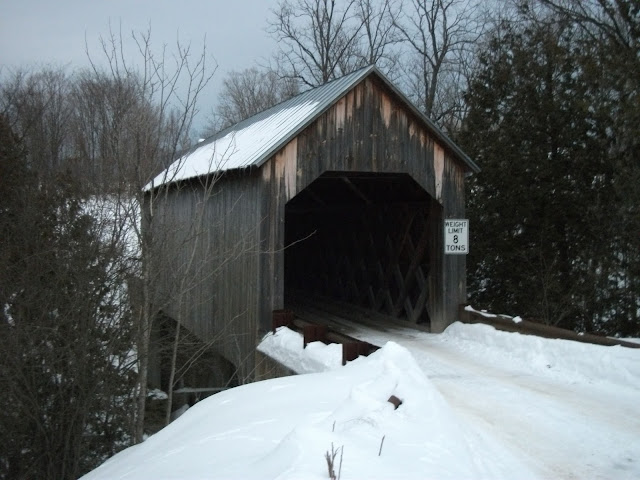