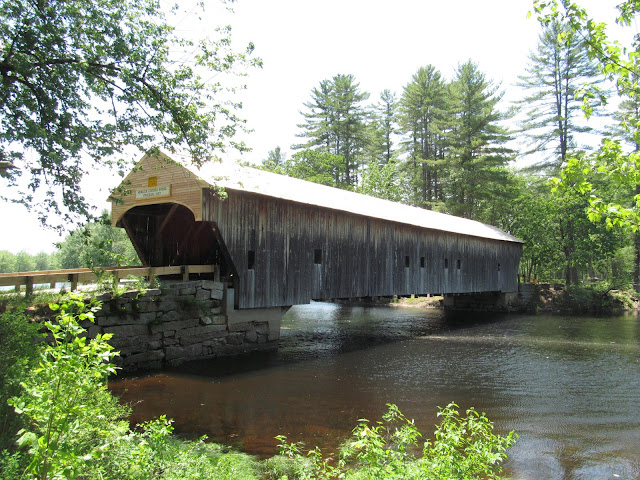 Constructed with a Paddleford through truss design, the Hemlock Covered Bridge is the oldest such example of a Paddleford truss system used for a covered bridge in Maine. As the bridge was built on what had been a floodplain, the bridge rests upon granite abutments about 15 feet above the river bed. Today, you can drive to the bridge on Hemlock Bridge Road, or walk across the bridge and view the inside of the bridge with its beams and planks. Or if you are the intrepid sort, you can paddle to the covered bridge. Whichever your mode of transportation, the Hemlock Covered Bridge is great to visit.