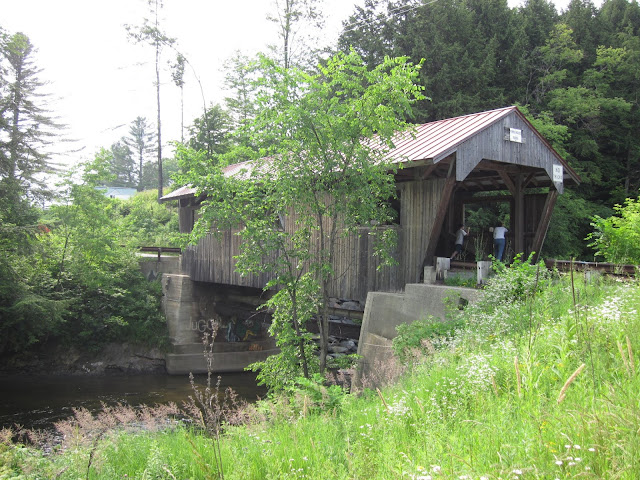 Named for a water driven power house located just upstream on the Gihon River in Johnson, Vermont, the Power House Covered Bridge was first constructed in 1870 to connect School Street with the road that became VT Route 100C. In those early years, the covered was first referred to as the School Street Bridge. By 1895, the Village of Johnson constructed a water driven power house just above the bridge, and over time, the covered came to be known as the Power House Bridge.

Originally built as a Queenpost designed covered bridge, the original Power House Covered Bridge spanned 60 feet in length. The queenposts on the original bridge measured 12 by 10 inches, with the diagonal posts measuring 10 by 10 inches. The bridge was reconstructed in 1960, and because the bridge was developing a noticeable sag, further reconstruction of the bridge took place in 1993. The bridge's truss was renovated with much of the original timber replaced. Even with the reconstruction work, the covered bridge continued to sag, and the decision was made to close the bridge again in 1995 for additional restoration work.

On March 8, 2001, an unfortunate event had occurred. The original Power House Covered Bridge was lost on on that date, collapsing from a heavy snow load. The Town Of Johnson determined that the best course of action would be to have a replacement bridge rebuilt as soon as possible. The original bridge had been part of a popular route to and from Johnson State College (now Northern Vermont University-Johnson) and it was necessary to have that method of egress available for traffic to and from the college. The builders Blow and Cote of Morrisville, Vermont submitted the winning bid in November 2001. Work on the new covered bridge happened quickly, beginning in March 2002 and work was completed in June 2002.

The new Power House Covered Bridge stayed true to the original Queenpost design, but is now a 73 foot long bridge. There are open windows along the covered bridge where you can see the Gihon River along with the historic powerhouse. There's even a small cascading waterfall and some rapids. You may find some curiosity seekers along the way as well. I checked out the covered bridge and its surroundings on one fine summer's day, and lived to tell you about it. 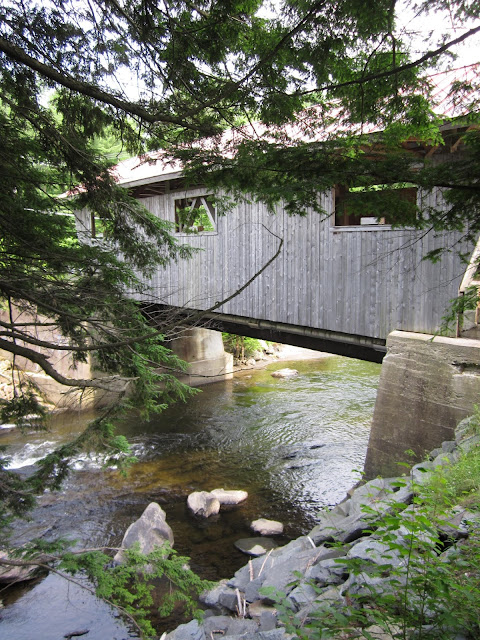 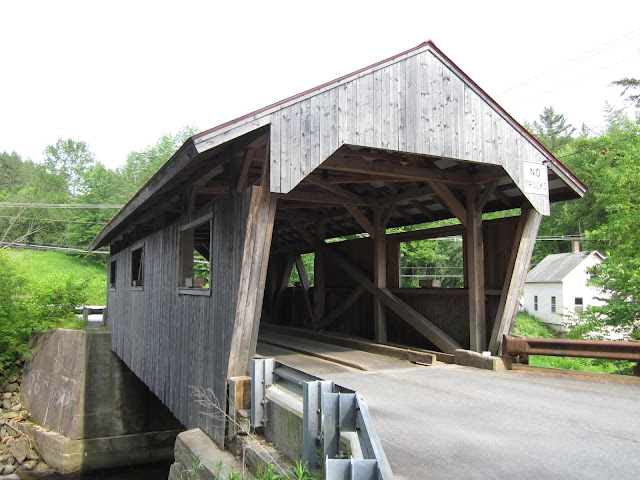 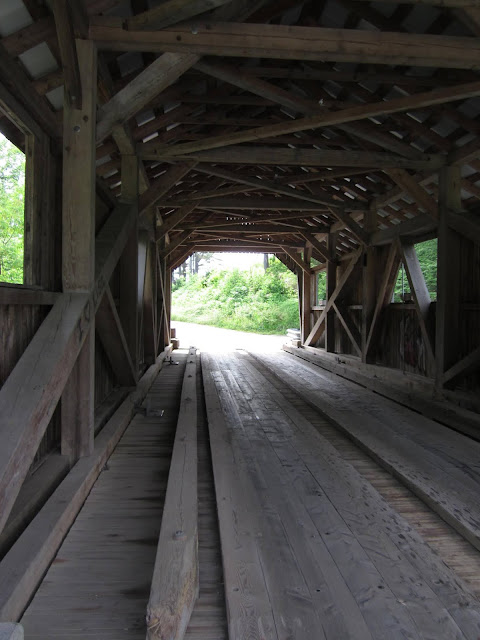 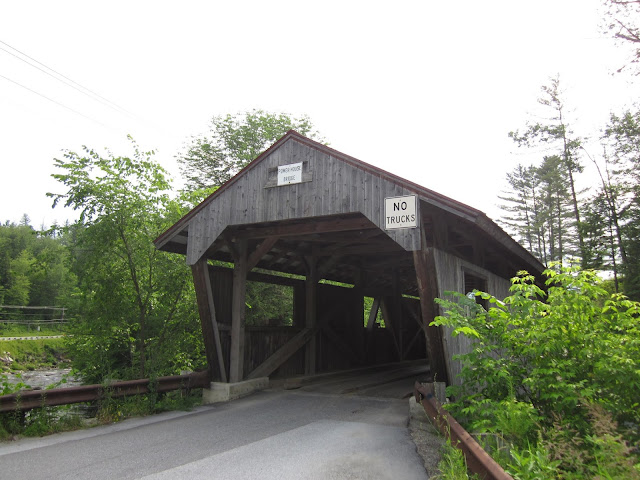 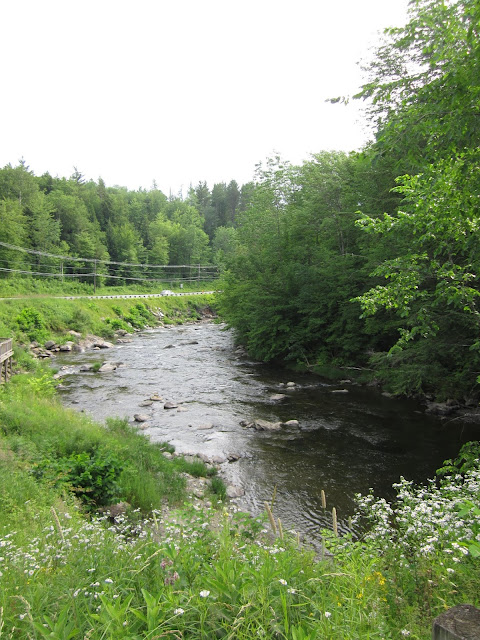 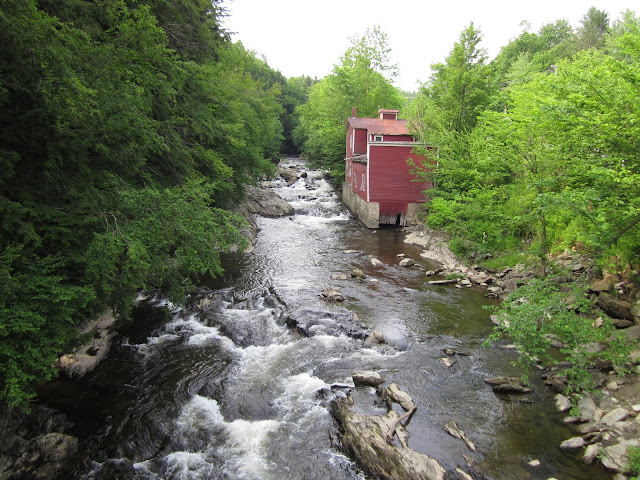 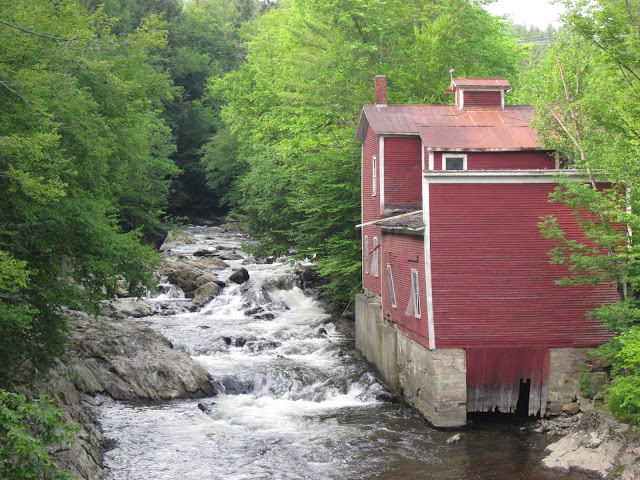 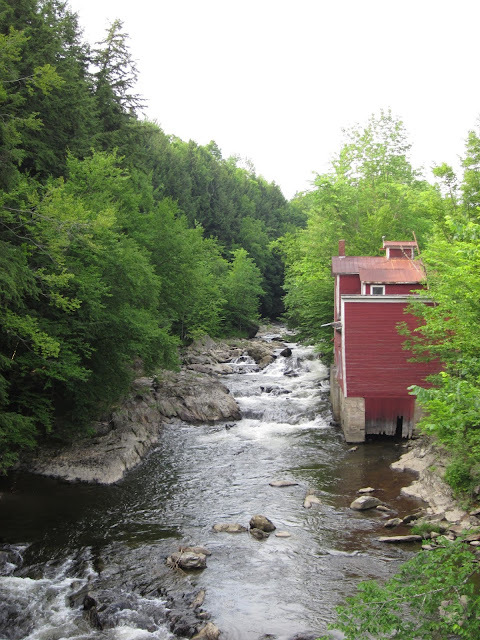