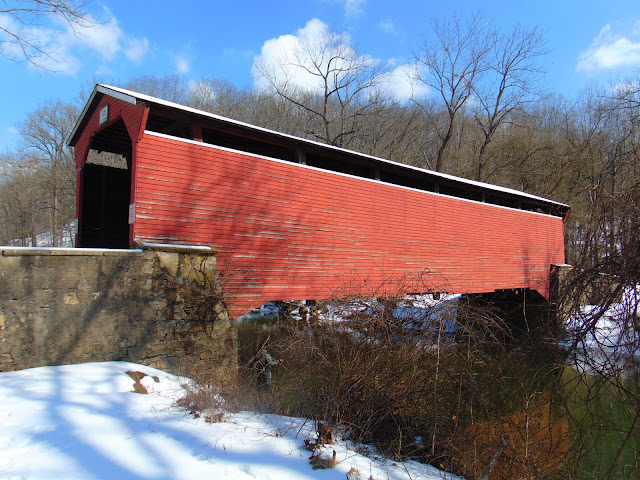 Originally known as Strahorn's Mill Covered Bridge, the Foxcatcher Farms Covered Bridge on Tawes Drive near Elkton, Maryland is one of just two historic covered bridges that remain in Cecil County, Maryland. The 65 foot long covered bridge spans over Big Elk Creek at the Fair Hill Natural Resources Management Area and was built in 1860 with a multiple Kingpost through truss design. The original contract that was awarded for bridge construction called for the bridge to be built of the "Old Burr Plan". The bridge was built by a local bridge builder by the name of Ferdinand Wood at the cost of $1,165 near the location of Strahorn's Mill, which was a nail factory, grist mill, turning mill and a tan bark yard during various stages of its history.

The Foxcatcher Farms Covered Bridge stood tall through floods in Cecil County during the years of 1884, 1887 and 1898, while many other bridges in the area were lost, including iron bridges. In 1927, William duPont, Jr. bought a vast amount of land in the northeast corner of Maryland including the area where the covered bridge existed. Mr. duPont raised cattle, raced horses, and hunted fox on his property, hence the bridge and property became known as Foxcatcher Farms. Because the bridge was on private property, it then became inaccessible to most covered bridge enthusiasts. However, this is what ultimately may have allowed the covered bridge to remain. The bridge was damaged in 1938 by a truck crossing the bridge with a load of silo boards which extended beyond the truck bed. There was also an incident in 1950 when a concrete truck crossing the bridge broke through the deck on the southeast end and went into the creek. In both cases the covered bridge was repaired.

The State of Maryland bought the duPont Estates property in 1975 and later established the former duPont property as the Fair Hill Natural Resources Management Area. Today, the area provides recreation opportunities for equestrian riders, fishing, hunting and birding. There are also fairgrounds, a race track and it was a training center for 2006 Kentucky Derby winner Barbaro. This change in hands for the property also meant that the Foxcatcher Farms Covered Bridge became accessible to the general public once again.

The wear and tear of age took its normal toll on the Foxcatchers Farm Covered Bridge. In late 1991, the Maryland Department of Natural Resources contracted with Erik Straub of Cambridge, Maryland to reconstruct the bridge. The bridge was closed March 1992, with underpinning and supports for the roof on steel girders and timber false work. New trusses were constructed, along with a deck support system, putting the covered bridge in a new condition under the old roof. Some of the old Kingpost splices and original Burr Arch chord timbers were saved, which were reused on the bridge's interior giving it an antique authentic look. As a result, this saved the covered bridge's aesthetic and historic appearance. The covered bridge reconstruction costs totaled about $152,000, and it is estimated that 60% of the structural members of the bridge were replaced.

The bridge was reopened in September of 1992, but the siding was not installed until later that fall. Hurricane Floyd damaged its lower sideboards in 1999, but the bridge was quickly repaired. Foxcatcher Farms Covered Bridge is now open only for horseback riding, bicyclists, and hikers, so there is no more worry about trucks damaging the bridge. However, there is a nearby parking lot for those who want to see the bridge. When I visited the covered bridge, there were a couple of photographers around the bridge, waiting to get their perfect shots in the late February snow. 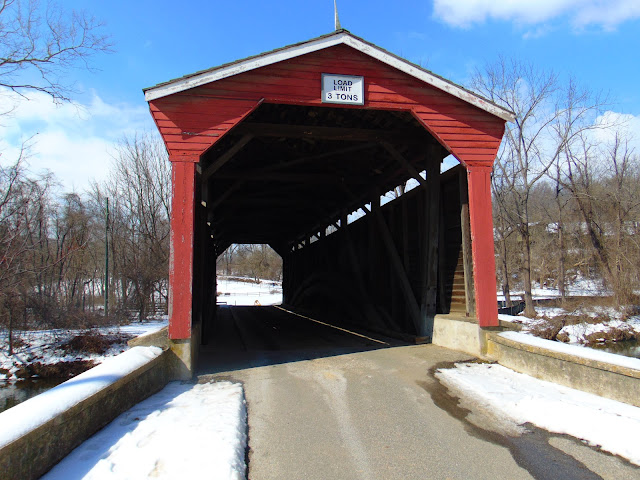 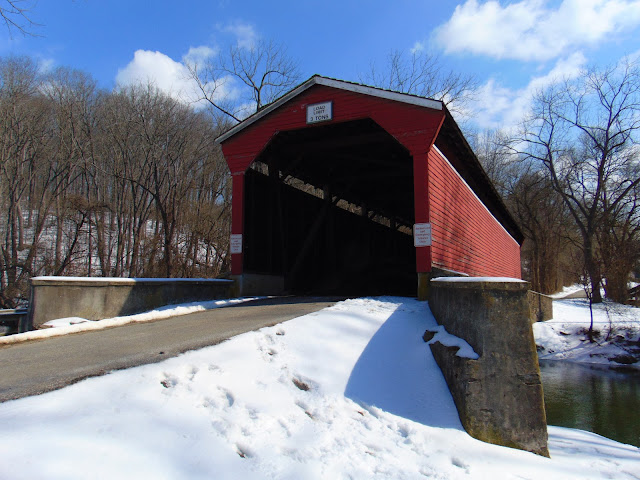 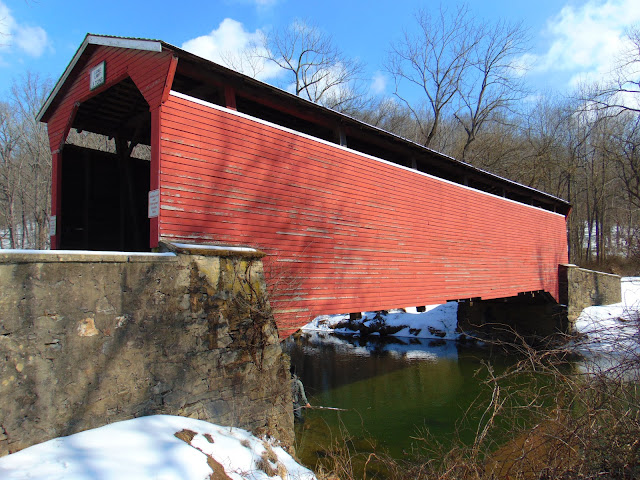 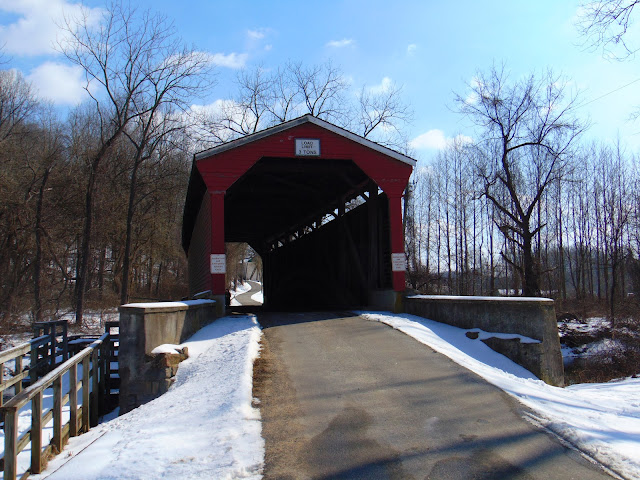 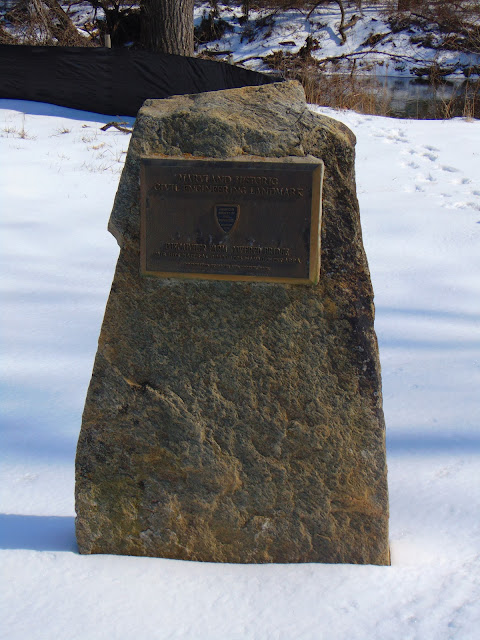