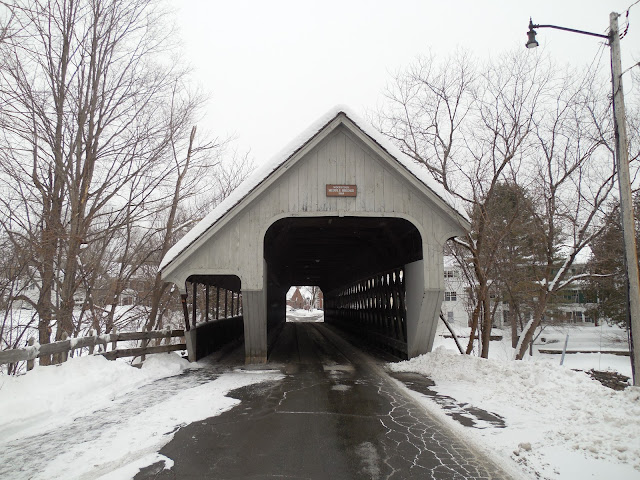 The Middle Covered Bridge spans over the Ottaquechee River as the centerpiece bridge of Woodstock, Vermont, just a stone's throw away from the downtown business district. Built in 1969 by Milton S. Graton and his sons (now Arnold M. Graton Associates), the 181 foot long covered bridge was designed in a Town lattice through truss design and replaced an iron truss bridge called the Middle Bridge that had been rendered obsolete.

The covered bridge was burned by arsonists on May 11, 1974. Fortunately, Milton Graton came to the rescue and was able to restore the covered bridge. Today, the bridge can be enjoyed by drivers and pedestrians alike, especially with its separate portals for pedestrian traffic. Visitors to the bridge will notice that while most of the bridge has a stained wood look, the north entrance to the bridge has been painted a white or light gray color. The covered bridge has a nice view in the background of Mount Tom, which was once a ski area. When I visited the Middle Covered Bridge during a snowy New England day, I definitely got the classic vibes of the Vermont of yore. I think it blends perfectly with its surroundings.