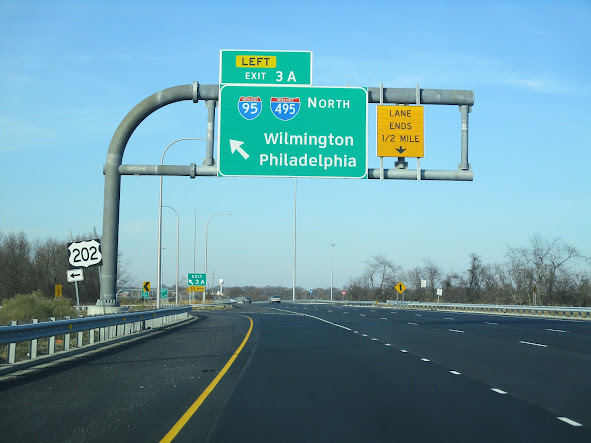 Motorists in northern Delaware and the suburbs of Wilmington are celebrating the early completion of a major construction project around the massive Newport Interchange on DE Route 141 geared toward increasing roadway capacity and improving all-around safety. Begun in 2016, this $160 million project was undertaken by the Delaware Department of Transportation (DelDOT) in order to address urgent safety and traffic capacity needs while replacing inadequate & ageing infrastructure and has reached “substantial completion” status months ahead of its original Spring 2022 completion date. Route 141 is one of the heaviest-trafficked non-interstate corridors in The First State and the construction of this project was seen as a high priority effort at the state and local level for several years both prior to and during execution. 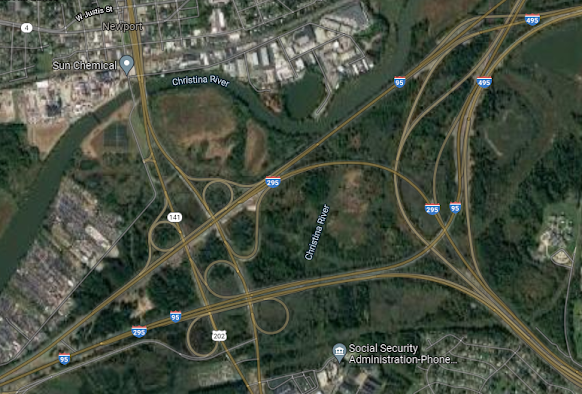 A satellite view (courtesy of Google Maps) of the sprawling Newport Interchange complex near Wilmington, DE. The state's three interstate highways (95, 295, 495) all meet here, in addition to the Route 141 corridor. Notice the unconventional layout of the roadways and ramp movements connecting 141 with the interstates, especially the left-hand exit ramps connecting to I-95 northbound...

The scope of this project was diverse and its execution (by a contracting team lead by the firm R.E. Pierson) was complicated by its location at the single largest & busiest interchange complex in all of Delaware. To bring the various elements of the interchange and its connecting ramps to/from Route 141 up to a semblance of modern freeway standards, complete reconstruction and partial realignment of eight interchange ramps and four overpasses was necessary. The replacement overpasses for the Route 141 mainline were built significantly wider than their predecessors, enabling lengthier acceleration/deceleration lanes and generally longer merge areas along the freeway mainline in an effort to reduce weaving movements for traffic. The original 1960s-era road bed underneath the existing freeway lanes was stripped down to the dirt and rebuilt from scratch, creating a roadway that is a tremendous improvement ride-wise than what previously existed. Further south along the Basin Road Arterial segment of the highway across from Wilmington/New Castle Airport, additional roadway improvements were made, such as the widening of roadways & shoulders, the introduction and lengthening of median turn lanes, and the full rehabilitation of the Route 141 overpass over US Routes 13 & 40. Finally, in a related and separate contract completed previously, improvements were made to the elevated freeway viaduct through the village of Newport in the form of bridge deck resurfacing, expansion joint rehabilitation/replacement, the painting of structural steel, and the repair of concrete substructure piers and footings. 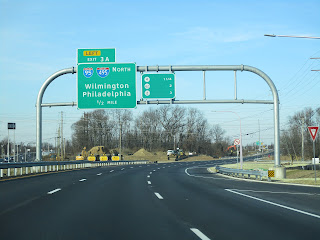 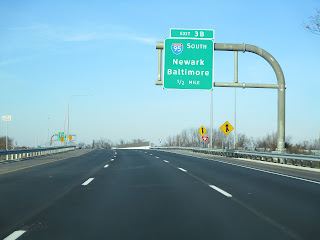 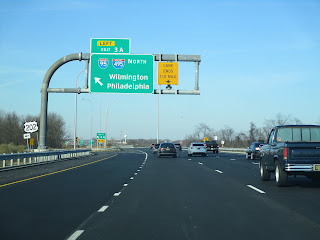 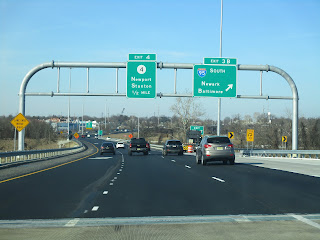 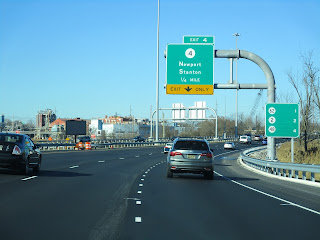 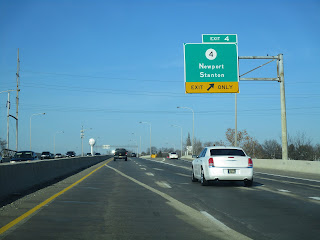 Above photos feature northbound views of the new-look Newport Freeway (DE 141) passing the interchange with the Delaware Interstate System. Among the major improvements to this stretch of roadway included widening/straightening of the mainline travel lanes and the addition/lengthening of ramp acceleration & deceleration lanes. 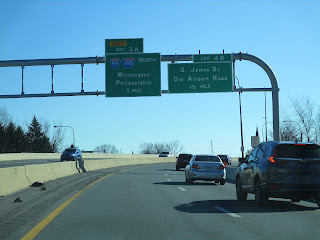 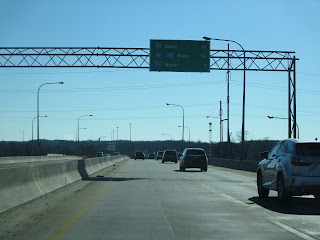 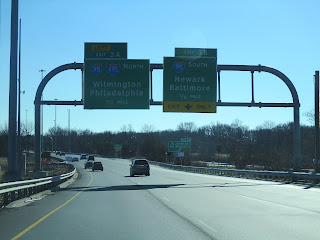 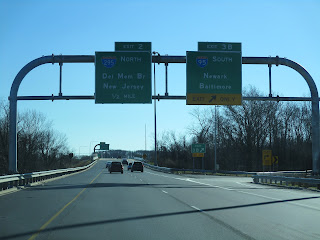 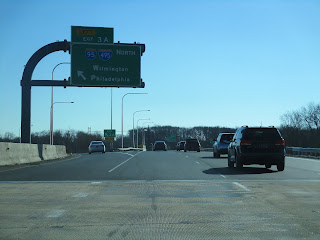 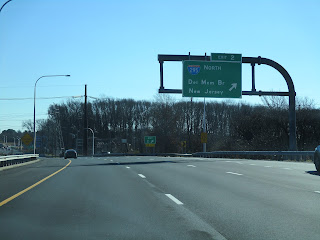 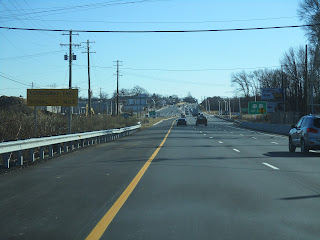 Above photos feature southbound views of the new-look Newport Freeway (DE 141) passing the interchange with the Delaware Interstate System. In addition to the roadway improvements cited above, this project included replacement of all overhead sign gantries and associated signage.

This project’s completion marks the final end to a half-decade-long investment in one of suburban Delaware’s most important highway facilities without an interstate designation. It’s also been part of a much larger $7 billion investment by the state for its capital transportation program over a 10-year period intended to bring The First State’s transportation infrastructure into conformance with modern design & operational standards while also keeping up with the demands of a growing population and state/regional economy. All in all, it’s a job well done by all involved. 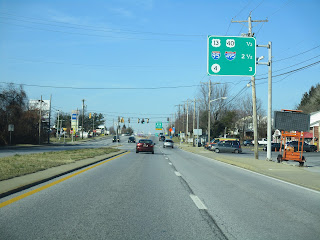 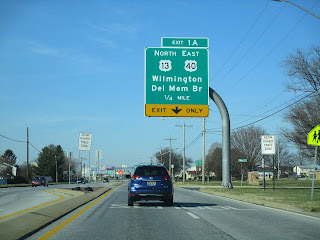 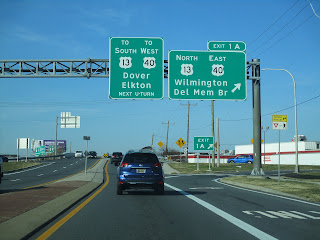 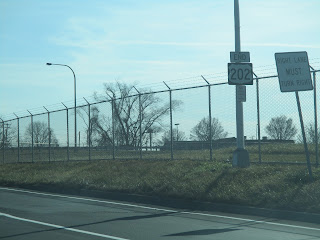 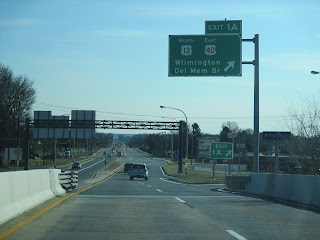 Above photos feature the additional signage improvements made to the Basin Road (DE 141) interchange at US Route 13/40 in New Castle. This interchange is also noteworthy for being the  official southern terminus of US Route 202.
Official Project Website provided by DelDOT
Historic Overview of the Route 141 corridor courtesy of Steve Anderson's phillyroads.com