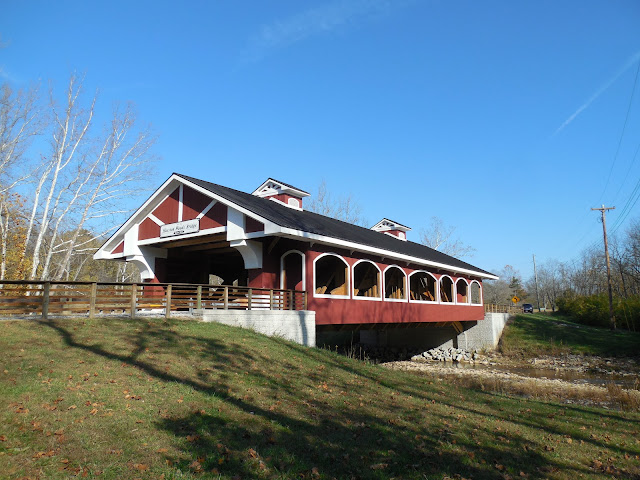 One of eight covered bridges in Preble County, Ohio, the Hueston Woods Covered Bridge was built in 2012 to span over the Four Mile Creek at Hueston Woods State Park. The 108 foot long single span modified Burr arch truss designed covered bridge replaced a metal pony truss bridge at the same location on Camden College Corner Road, just a few miles east of the state line between Ohio and Indiana. A six foot walkway is located on each side of the bridge to allow for a safer area for pedestrian traffic, along with providing a scenic viewing area of the creek below. 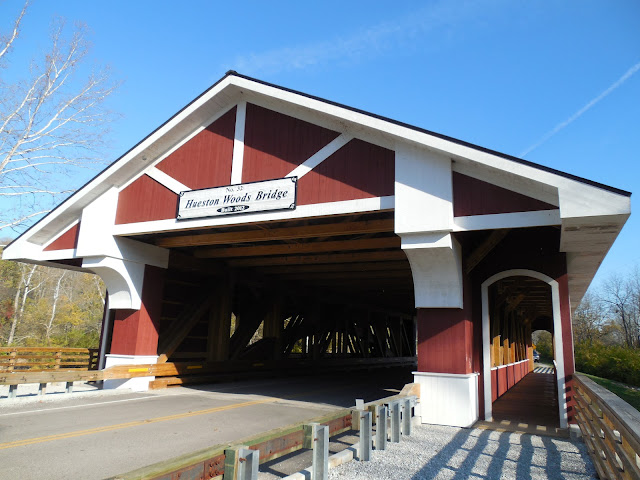 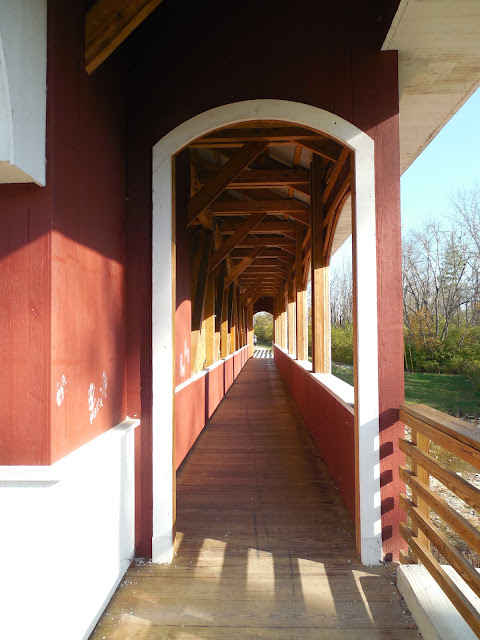 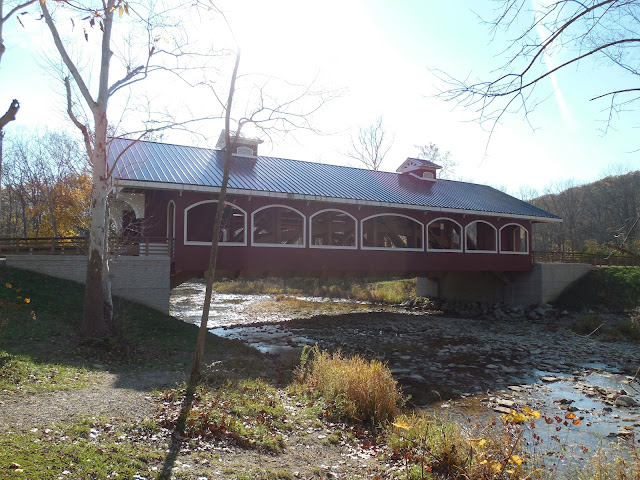 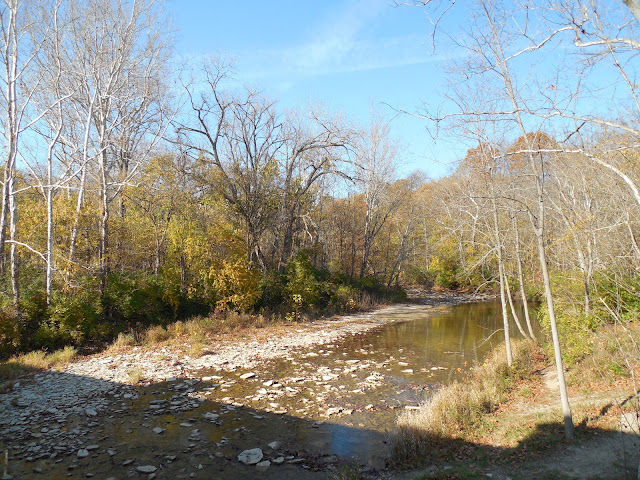