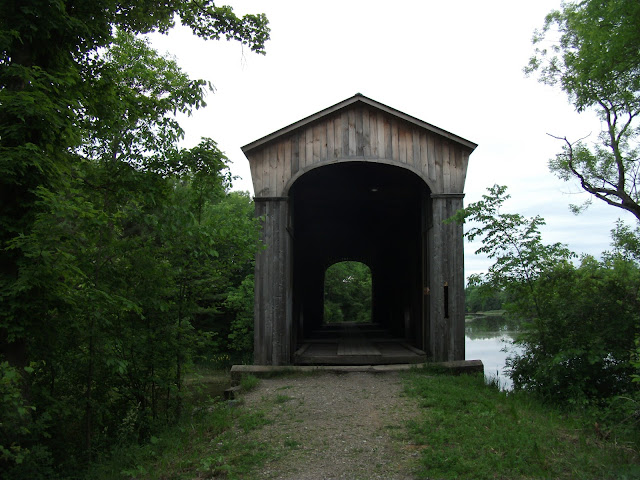 Also known as the Richville Covered Bridge, the East Shoreham Covered Railroad Bridge in Shoreham, Vermont is one of just eight covered railroad bridges still in existence in the United States. The 108 foot long covered bridge was built in 1897 utilizing a Howe truss design and construction, crossing the Richville Pond on the Lemon Fair River and was part the former Addison Branch of the Rutland Railroad. The bridge features a clear span of 94 feet, 6 inches with a 21 foot high truss from the top of the upper chord to the bottom of the lower chord and a width of 14 feet between the trusses.

In 1870 the Addison County Railroad was chartered to build a line connecting the Rutland Railroad at Leicester Junction, Vermont, with the Delaware & Hudson Railroad at Ticonderoga, New York, a distance stretching at 15.6 miles. The line was laid out from Leicester Junction westward through the towns of Whiting, Shoreham and Orwell and then across Lake Champlain on a floating railroad bridge to Ticonderoga. In the southeast corner of Shoreham, the line crossed the Lemon Fair River, at a community known as Richville (formerly known as Rich's Mills). A bridge was built here to cross the Lemon Fair River in the autumn of 1871.

The date of construction of the present covered railroad bridge at East Shoreham is not conclusive as documented in known records. While the Addison County Railroad was building timber Howe truss bridges on the line in 1871, most modern sources state that the East Shoreham Covered Railroad Bridge was built in 1897. The East Shoreham Covered Railroad Bridge carried trains until 1951, when the Rutland Railroad decided to abandon the line due to a lack of traffic. In 1972, the Vermont Division for Historic Preservation took possession of the covered bridge in order to preserve it, especially with few remaining examples of railroad covered bridges. Restoration of the bridge happened in the fall of 1983 at a cost of $35,014, with work being done to reinforce the abutments, constructing a new deck constructed and replacing the roof and siding. The railroad tracks have been removed and replaced with a plank walkway for pedestrian and snowmobile traffic. 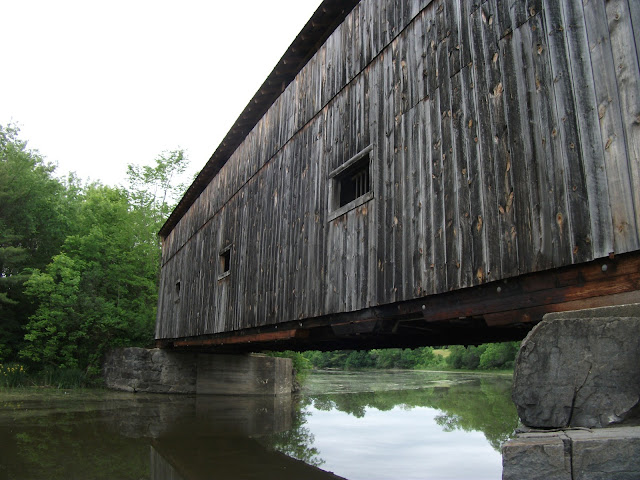 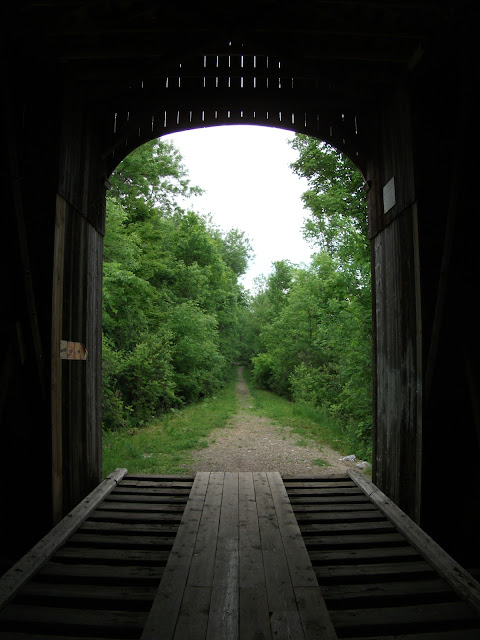 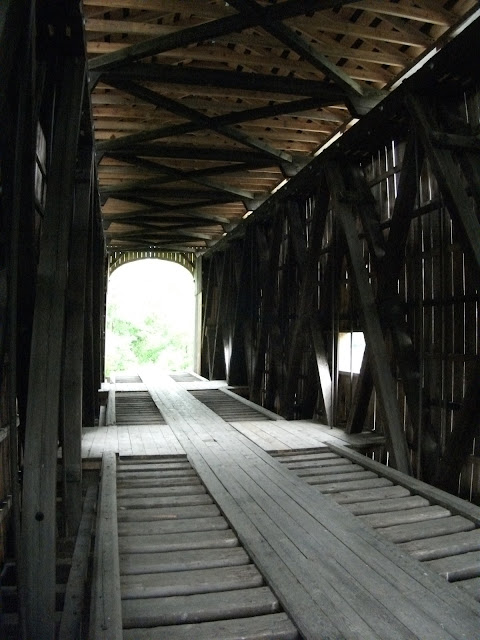 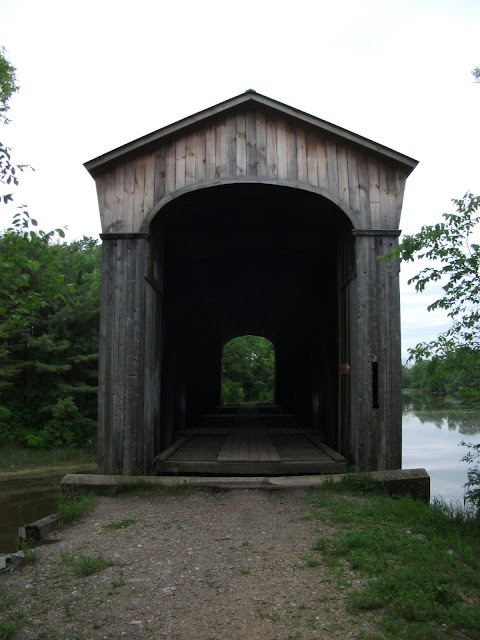 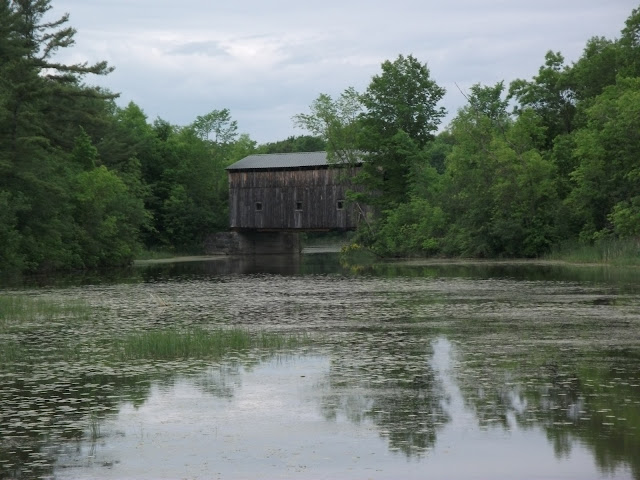