By Challenger Tom August 19, 2017
Given it was a Saturday when I was heading up to the Leelanau Peninsula I figured getting out early would be the best course of action.  Having not lived in Michigan for several decades I almost had forgotten how late in the day people really get going.  Out west people are out and moving around by 6 AM but in the Mid-West it still seems to be least 9-10 AM at least even on the weekends.  With that all said planned a central route through the state which took me up I-96 to US 127 in the outskirts of Lansing. 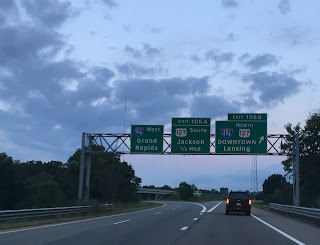 When I got my first driver's license I used to drive US 127 through downtown Lansing almost everyday.  At the time US 127 was a 55 MPH freeway, it still strikes me as odd that it is 70 MPH these days through the city.  I recall flying back from Arizona one year to go to a wedding in New Jersey that my Dad had rented a van to transport everyone in and somehow managed to hit a deer in downtown Lansing on US 127.  We kept the van for the duration of the trip but it had a large clump of hair that was sticking out of left front fender the entire time.  I still don't know how a deer would have gotten onto US 127, the freeway literally is in the heart of the city.  I still think that US 27 should have been swapped with US 127 when the former was decomissioned in Michigan. 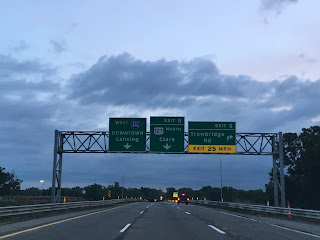 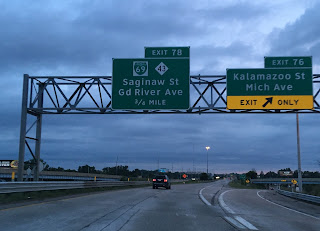 I still remember when this was north terminus of US 127 at I-69.  US 27 ran on a expressway north through Dewitt Township before the new freeway was built.  The freeway ramps up to 75 MPH north of I-69 which I'm to understand is brand new this year before becoming a 65 MPH expressway north of St. Johns. 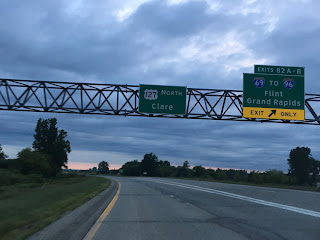 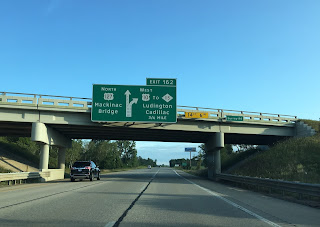 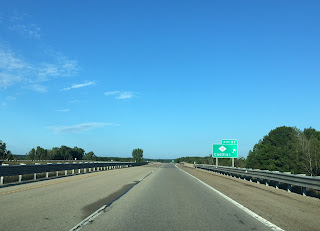 I took M-115 all the way to M-55 and continued west towards the coast of Lake Michigan. 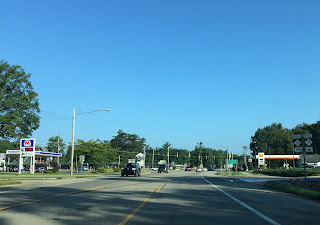 At the western terminus of M-55 I picked up US 31 and headed north to M-22 to start my route clinch for the day. 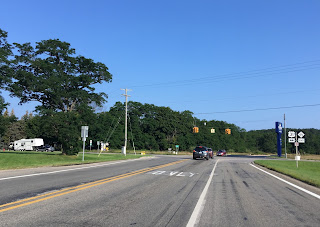 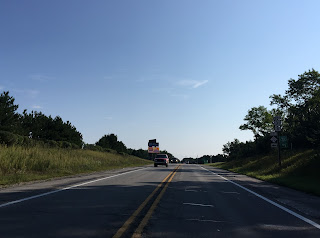 Adam said…
This reminds me a lot of my trip eight years ago to Michigan!
http://surewhynotnow.blogspot.com/2009/09/exploring-northwest-michigan.html