By Challenger Tom August 21, 2017
Houghton is about 204 miles from Newberry across the Upper Peninsula on a series of state trunklines and US Routes that never exceed 55 MPH speed limits.  I did manage to find some stuff worth looking into along the way starting about 12-13 miles west of Newberry on M-28 in McMillan.  McMillan much like Ozark and Allenville I mentioned previously was a railroad town, in this case the Dulth, South Shore, and Atlantic Railroad.  As I understand the story McMillan was settled in 1881 and was likely a fairly large place at the turn of the 20th century.  While there is homes and people in McMillan most of buildings where people would have worked are long abandoned.  I found some interesting buildings on Wetmore Street with an abandoned utilities building and a former Luce County Road Maintenance facility. 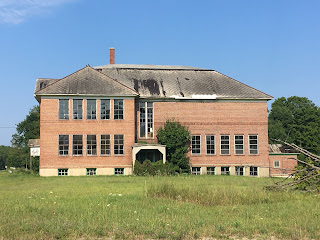 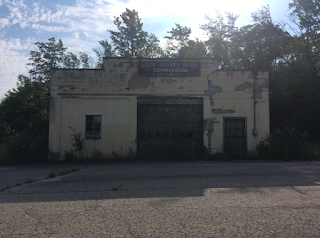 Really its just my opinion but M-28 from I-75 west to Marquette ought to be a 65 MPH speed limit zone.  Really there is close to nothing in terms of civilization between those two points and M-28 is mowed back far enough to see wildlife coming for the roadway.  Most people were completely disregarding the 55 MPH speed limit and the Michigan State Police who were patrolling didn't seem interested in enforcing it.

US 41 meets M-28 south of Marquette and both enter the city but bypass downtown the south.  Marquette has a population of about 21,000 the last I checked and is the largest city in the Upper Peninsula.  I wasn't interested in taking a modern bypass route so I took the original alignment of M-28/US 41 through downtown on Front Street and Washington Street.  I was under the impression the old route was signed as a business loop but didn't see any signage. 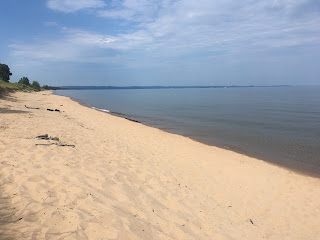 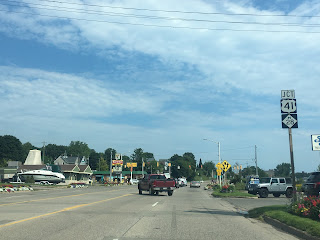 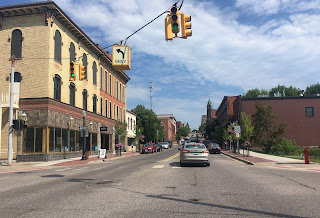 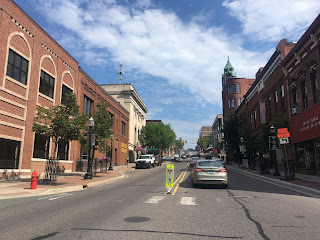 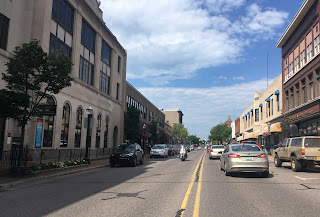 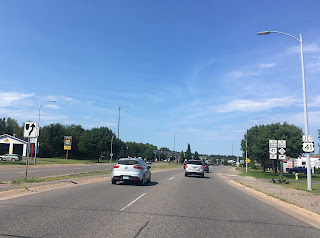 Far to the west of Marquette M-28 splits off on US 141 to continue west while US 41 continues northbound towards Houghton.  I stopped at the terminus of US 141 to get a quick photo. 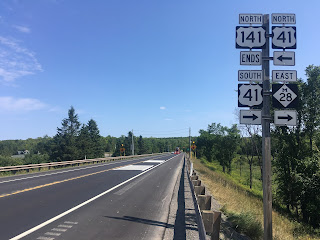 In L'Anse US 41 follows the south shore of Keweenaw Bay while is southern edge of the Keweenaw Peninsula and the Michigan Copper County.  Houghton was only a short drive north on US 41 from here.