By Challenger Tom August 17, 2017
Eventually after sitting at the airport in San Francisco for a good solid three and half hours I did get underway towards Detroit. 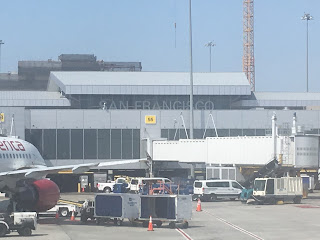 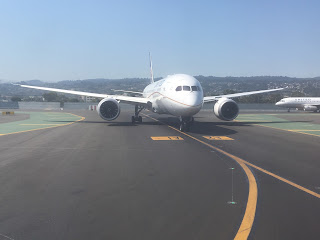 At first I thought the flight path was going to head directly over CA 108 via Sonora Pass given that I could see the city of Sonora below in the Sierra Foothills.  Sonora is the location of CA 108 and CA 49: 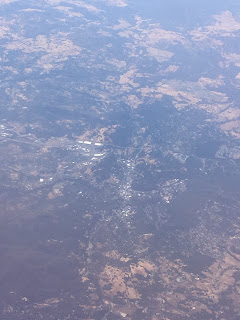 Instead the flight path basically took a direct shot east via Yosemite National Park and the Tioga Pass Road: 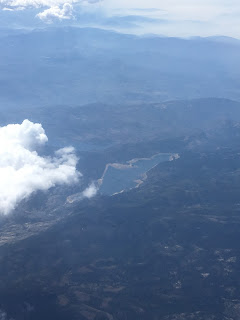 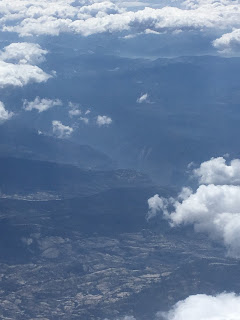 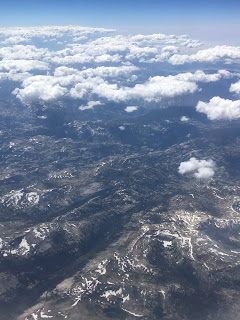 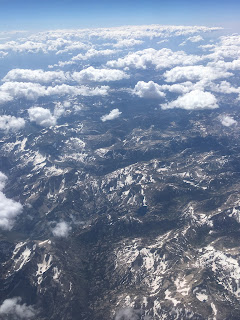 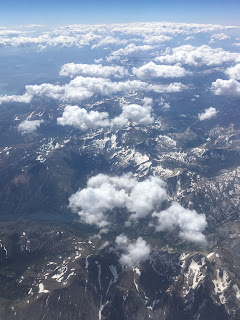 Before exiting California Nevada the flight took a pass over Mono Lake which is traversed on three sides by; US 395, CA 167, and CA 120: 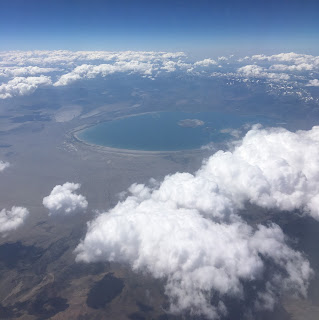 My flight path followed US 6 through the state of Nevada which meant passing some notable features like the White Mountain Range just over the state line and the Crescent Dunes Solar Energy Project near Tonopah: 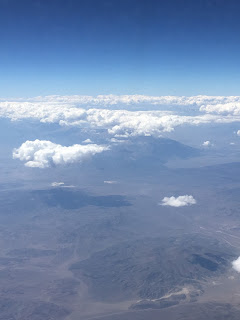 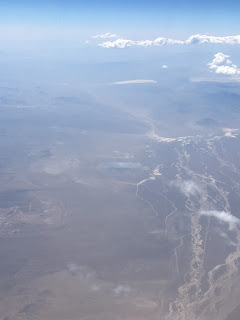 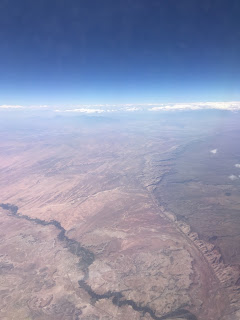 The Canyonlands via the Green River: 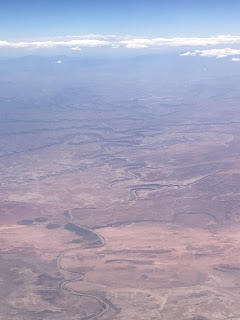 Along with Arches with US 191 seen traversing the Moab Fault: 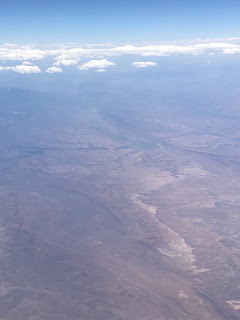 Unfortunately there was heavy cloud cover over the Rockies and in particular the Front Range which prevented much from being seen that was noteworthy.  Really there wasn't much worth looking at out the window until downtown Chicago and Lake Michigan: 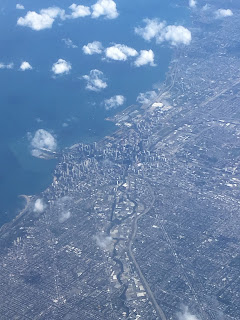 My destination was at Metro Airport in the old terminal building which has had a surprisingly nice remodel since I've visited last.  I saw the traffic was bad on I-96 and I-275 so I decided to try US 23 to Brighton instead.  US 23 was actually undergoing heavy construction due to a lane expansion project from Ann Arbor to I-96.  The US 23 freeway was way busier than I remember it but it has probably been at least 2001 since I've used it to go through Ann Arbor. 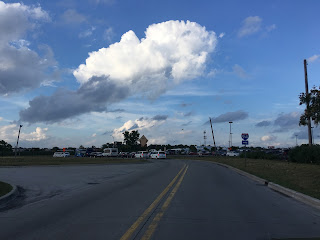 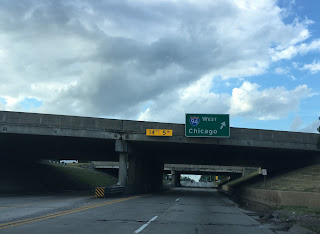 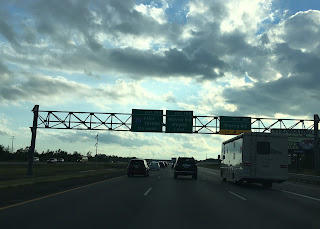 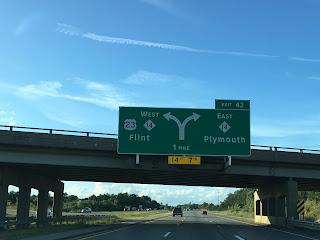 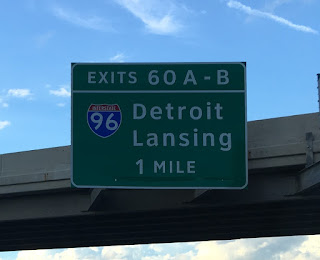 Nick said…
To clarify, you didn't fly into a remodeled terminal in Detroit; it was the new North Terminal that was built in 2008 (assuming you flew on a non-Delta flight). The old terminals (Smith, Berry, and Davey) are no longer used for passengers. See https://en.wikipedia.org/wiki/Detroit_Metropolitan_Airport#North_Terminal
9:03 AM