By Challenger Tom August 17, 2017
The time has finally arrived for my much anticipated circle tour of the Great Lakes Region.  The goal of said trip is to knock out two of the remaining three National Parks in the Continental United States I have not visited which would be; Isle Royale in Michigan and Voyageurs in Minnesota.  I find the former ironic since I'm from Michigan and spent a good thirteen years of my life there.  With that said though the time I spent in Michigan was during my younger days when travel to outdoor destinations wasn't as available to me.

Reaching the Mid-West is another matter which generally involves a layover from Fresno in Denver or San Francisco.  In this particular case I find myself laying over for three hours in San Francisco as write this first of what should be many posts about this trip.  That isn't to say that the short 32 minute flight didn't have merit as sunrise over California State Route 168 looking east towards Huntington Lake would attest to: 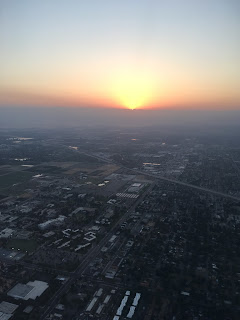 I-580 crossing the Diablo Range with San Francisco Bay coming into view: 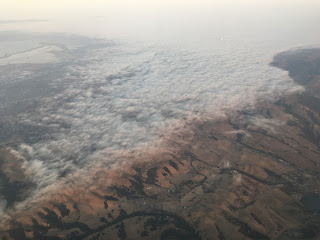 A clear view below of I-680 somewhere either in Milpitas or San Jose: 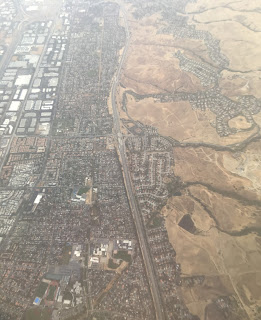 The flight had decent view of the evaporation ponds in San Francisco Bay with Mount Diablo coming into view: 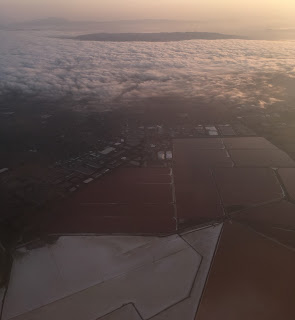 CA 92 below crossing the Bay on the San Mateo Bridge: 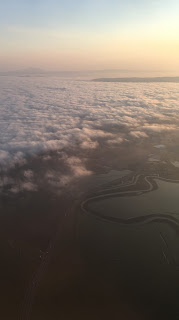 Mount Diablo is a 3,849 foot peak in the northern stretches of the Diablo Range and was clearly visible during the entire landing process in San Francisco.  I've had plans several times to hike Mount Diablo in the winter as it reportedly has excellent views of the Sierras to the east at sunrise but they have fallen through the past year.  The Diablo Range extends as far south from California State Route 46 north to Carquinez Straight and has just a couple peaks over 5,000 feet.  The San Andreas Fault Line generally runs immediately west of the Diablo Range which is the boundary line of the North American and Pacific Plates. 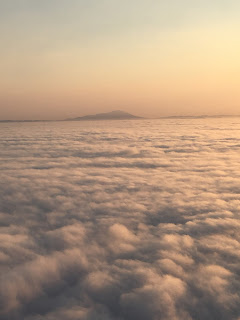 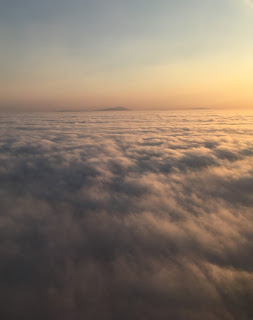 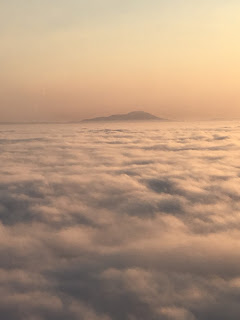