By Challenger Tom August 20, 2017
The morning started out early in Kalkaska since I wanted to make the 8:20 AM boat to Mackinac Island out of St. Ignace.  That being the case I headed northbound on US 131 and cut-off east on County Route C42 on the Alba Highway.  Alba had some nice abandoned buildings to check out in the early hours before sunrise.  It seems the community has less than 300 people left according the most recent census statistics I could find.  I always thought it was interesting that Michigan did County Routes in letter grids much like California does. 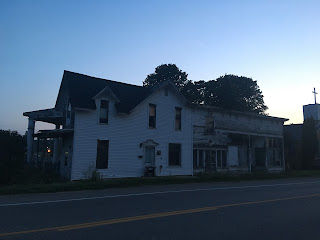 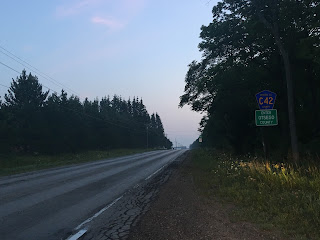 I took M-32 to get over to I-75 northbound.  In the 58 miles north on I-75 to the Mackinac Bridge I only saw one vehicle traveling the same direction as me, I would say the increase to a 75 MPH speed limit is highly justified.  US 31 was routed over to I-75 on a detour to bypass the closure that are currently active. 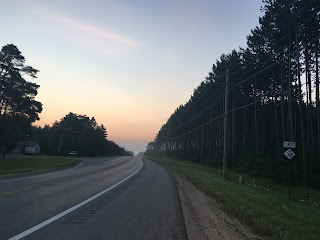 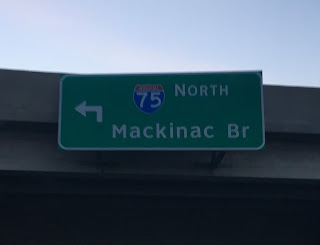 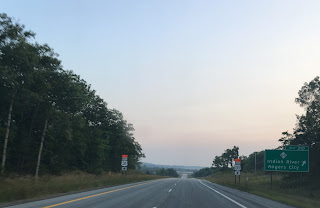 I essentially had the entire Mackinac Bridge to myself given it was early in the morning.  There was some work going on one of the suspension pillars which was odd to see active on a Sunday much less at such an early hour. 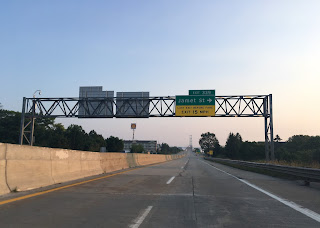 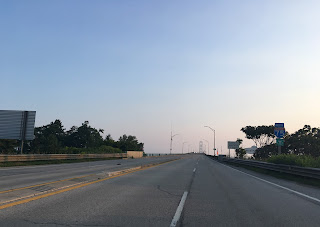 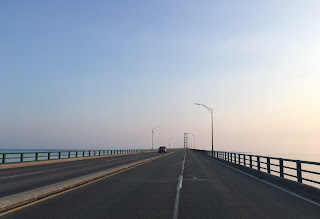 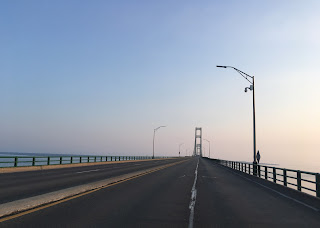 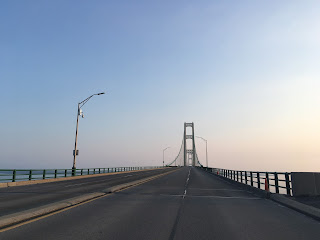 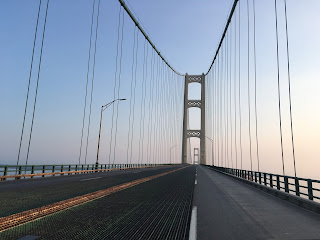 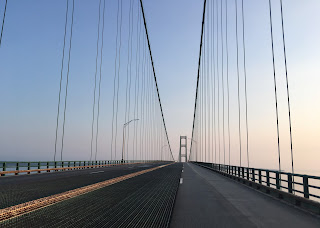 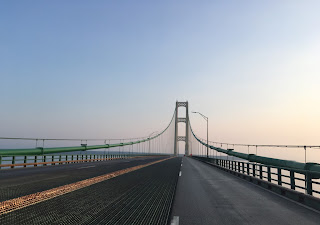 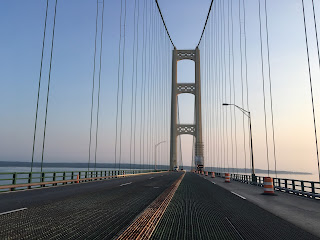 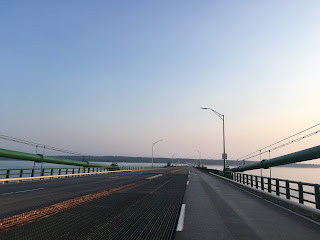 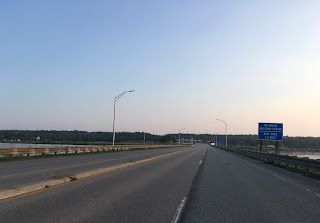 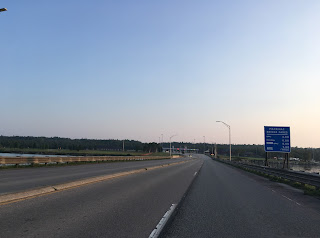 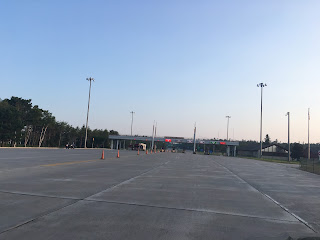 Kind of amazing to think that it really took until 1957 to have a completed roadway crossing of the Straights of Mackinac.  I've always liked the view of the bridge from the Bridge View park which has a nice angle at the full five miles.  I wonder how the design would have been altered to if the bridge had begun construction after the Federal Highway Act rather than in 1954. 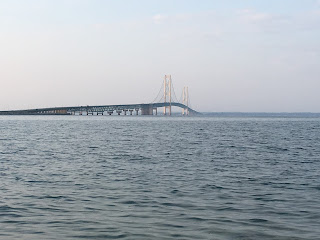 The funny thing about the Bridge View Park is that the road leading to it is called Boulevard Road. 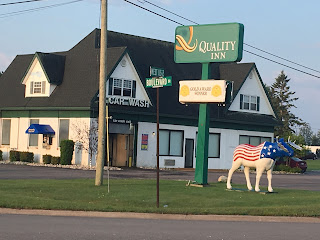 Stopped by the terminus of US 2 on my way to the boat in St. Ignace, too bad I didn't adjust more for the direct sunlight. 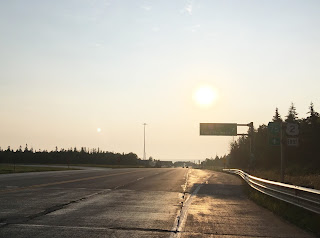