Great Lakes Road Trip Day 9; back to civilization on freeways and expressways

By Challenger Tom August 25, 2017
The character of my trip changed a ton on day 9.  For the most part I was traveling on two lane highways in some rural parts of the Great Lakes but that changed on the journey to southbound to Chicago.  I started out by US 53 to reach I-535 off of Miller Hill.  US 53 is a partial freeway approaching I-535 and has a weird traffic light/left entrance interchange with I-35/I-535. 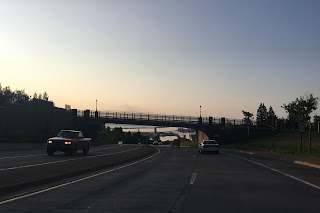 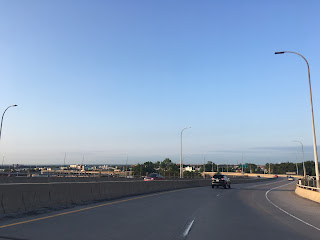 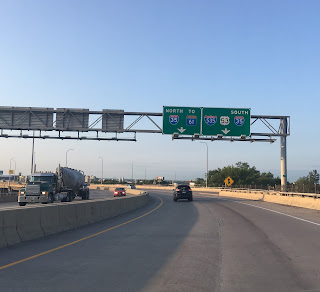 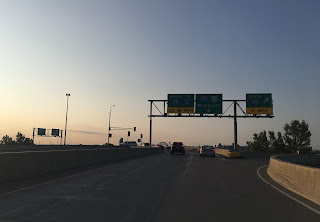 I-535 is only about 2.8 miles long from I-35 in Duluth across the St. Louis River to Superior.  The Interstate is completely multiplexed with US 53 through the duration of the alignment.  I-535 uses the Blatnik Bridge which was opened in 1961 which replaced a prior swing bridge which carried car and rail traffic.  I-535 was part of the 1957 Interstate system but wasn't officially designated until 1971 when the ramps with I-35 were completed.  I-535 ends at the interchange with WI 35/US 2, I stayed on US 53. 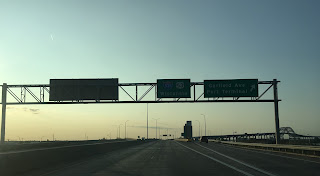 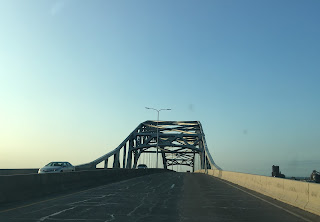 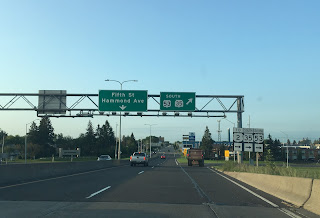 I took US 53 all the way south to I-94 in Eau Claire through the center of Wisconsin.  Aside from Superior US 53 south to Eau Claire is a divided expressway or freeway the entire way. 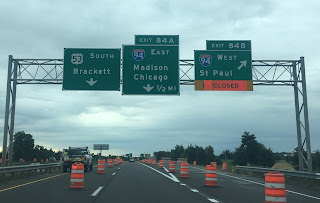 I-94 wasn't so bad with traffic before the merge with I-90, but talk about a whole lot of country with nothing to see. 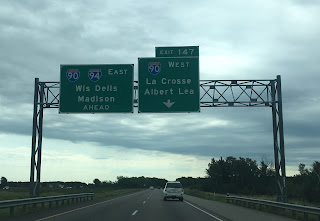 I did stop at Mill Bluff State Park to check out some of the sandstone formations lapping I-90/94.  I also managed to get some decent photos of the Interstate below. 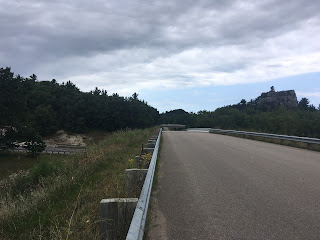 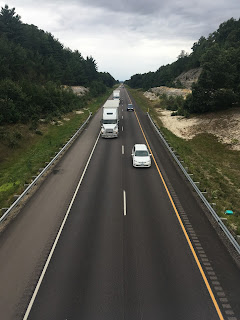 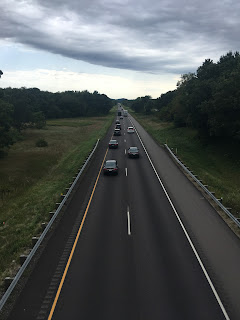 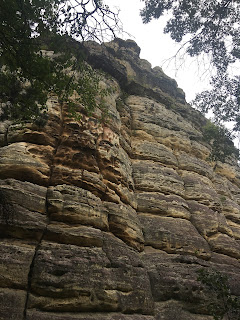 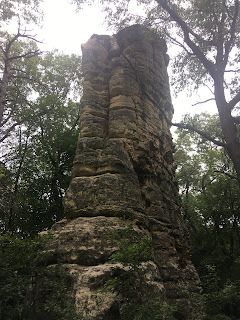 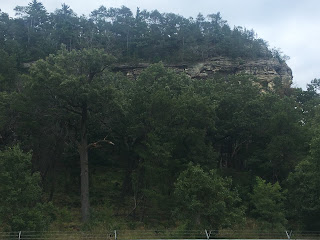 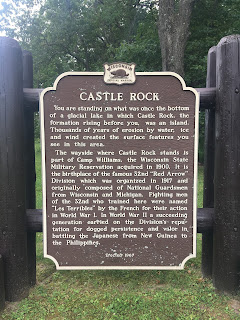 I stayed on I-90/94 to Milwaukee and split off on I-894 briefly.  I noticed a large utility project alongside I-90/94 that had a large plank road used by the trucks which was about the only thing that was worth seeing.  Traffic was heavy but it is to be expected on one of the biggest trucking and transportation corridor in the country. 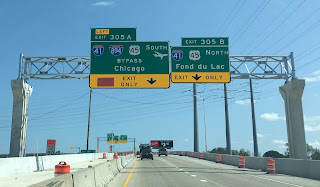 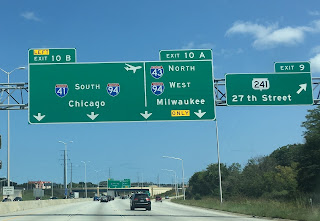 I pulled off I-90/94 upon entering Illinois to stay at a hotel near Naval Station Great Lakes near US 41.  I stopped in to see some old digs but there wasn't much to write home about for the rest of the day, really I was just putting myself in position for downtown Chicago on Saturday. 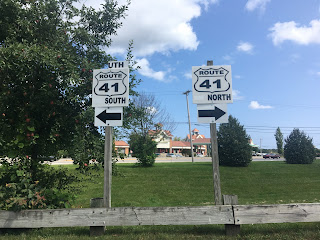