By Challenger Tom August 22, 2017
I started the 22nd out leaving Houghton early in the morning to reach Copper Harbor.  I had a ticket on the ferry out of Copper Harbor to Isle Royale National Park which was one of three National Parks I had not been to in the Continental United States until this trip.  The drive was a little rough given it was foggy and dark out, but thankfully there was no encounters with an deer.  I arrived shortly before 7 AM at the junction of M-26 and US 41.   This junction would have been the original north terminus of US 41 when it was plotted out in the 1920s. 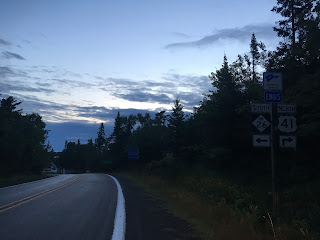 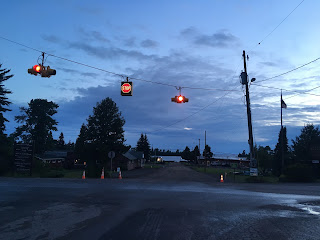 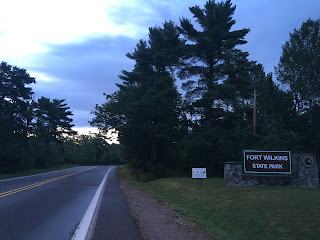 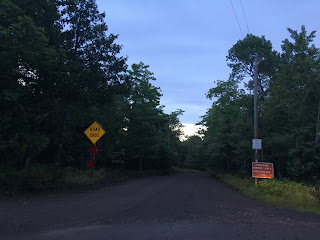 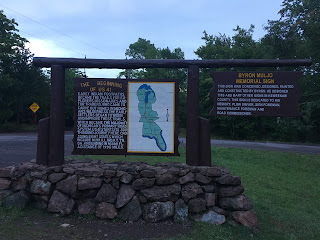 The first southbound reassurance shield along US 41.  I can assure you the southern terminus in Miami 1,990 miles to the south is very different. 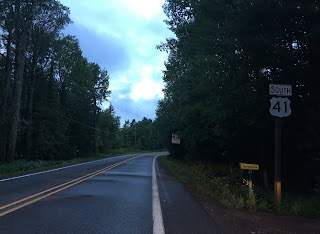 I picked Copper Harbor to head to Isle Royale given that it is only located 55 miles to the south.  That may not seem like much of a distance but the ferry ride on the Isle Royale Queen IV takes anywhere from 3 to 4 hours to cross Lake Superior.  There was no way I could have done this trip from Houghton unless I took a seaplane and Grand Portage in Minnesota seemed a little out of reach. 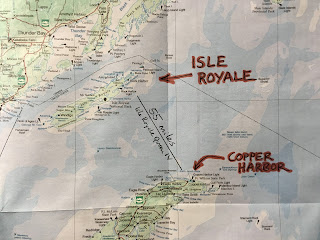 The weather was calm in the morning but a storm from the previous night had just rolled out and cooler air was moving in.  That meant that the waves wouldn't be so bad going up to Isle Royale but would be possibly up to 8 feet high coming back to Copper Harbor.  The parking lot attendant was actually offering refunds to people who didn't they could handle the boat ride.  Given I came way too far through 44 National Parks there was no turning back for me, I don't get sea sick regardless. 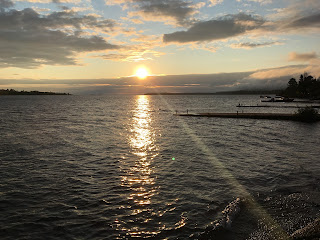 A lot of people think Lake Superior is relatively calm like Lake Michigan.  I've found the water to always be much colder and far more turbulent given the more northern climate.  It took close to four hours to reach Rock Harbor on Isle Royale which meant I was going to have to hike fas 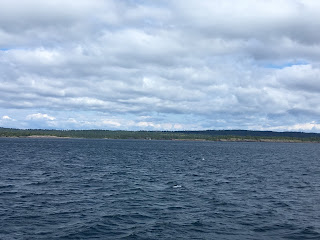 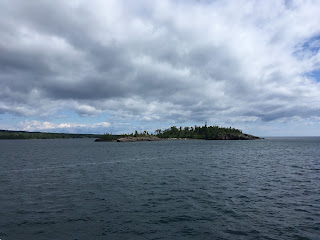 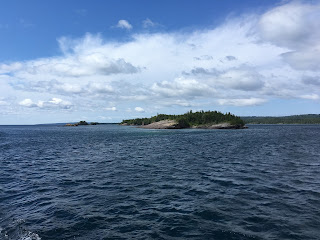 Isle Royale is approximately 207 Square Miles and I believe the is the second largest in the Great Lakes.  Isle Royale was ceded to the United States in the 1840s and was very quickly opened to copper mining exploitation.  The mining never really reached a large scale but Isle Royale became an attractive resort location until it was designated a National Park in 1940.  I hiked the Stoll Trail (really I mean trail running since I hate to walk slowly alone) and a couple smaller trails near Rock Harbor.  The island is pretty nice and was worth finally knocking off my list, too bad it took almost four decades to get to a place like this in my home state. 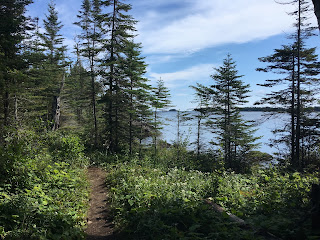 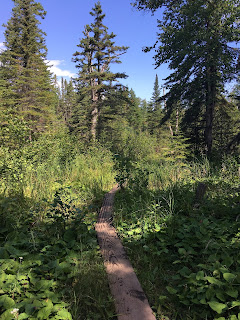 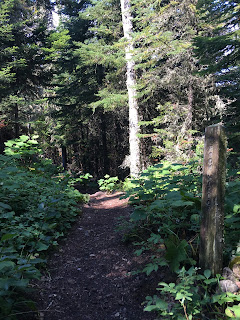 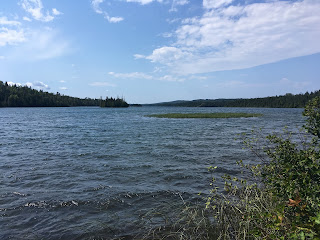 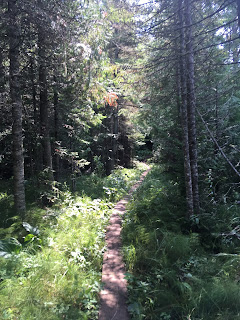 On the way back to Copper Harbor the winds picked to 20 MPH and a storm started to approach.  The waves picked up to a good 5-8 feet and it got me into port about 40 minutes late as the storm was about to hit. 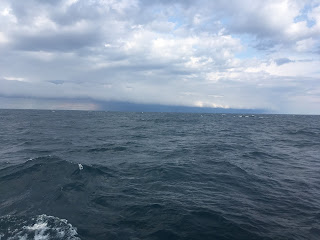 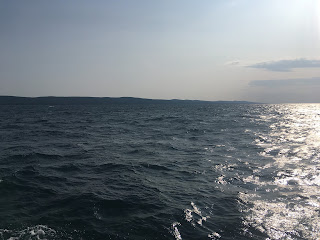 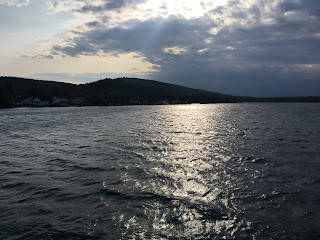 By the time I hit the junction of M-26 the US 41 the rain was about to hit.  I decided to take M-26 back to Houghton since I wanted to clinch the route. 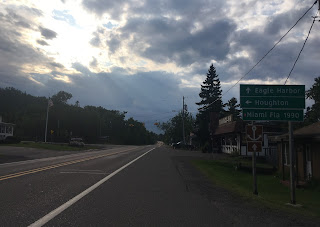