By Challenger Tom August 21, 2017
My ultimate destination for the day was the Keweenaw Peninsula but started out with a detour to Tahquamenon Falls State Park via M-123.  M-123 is another on of Michigan's odd highways that changes cardinal directions in the middle of the route much like M-22 does in the Lower Peninsula.  M-123 is approximately 96 miles in length if you travel from I-75 to M-28 in Newberry.  It was foggy morning when I got out on the road, the Tahquamenon Falls were 67 miles to the north. 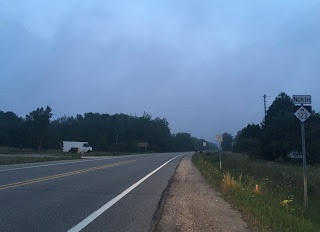 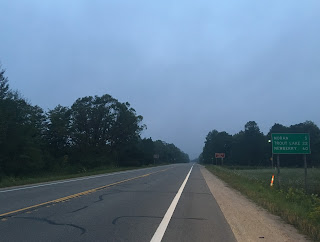 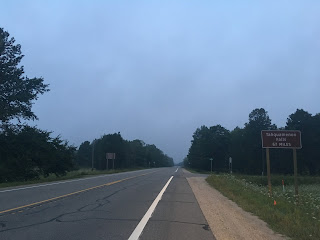 Before big trips like this I always check the maps to see what I can find that might interest me.  At the corner of M-123 and County Route H57 is the community of Allenville which essentially is a ghost town.  I couldn't find much on Allenville other than it was founded on the Detroit, Mackinac, and Marquette Railroad in the 1870s.  Supposedly a fire almost took out Allenville before the turn of the 20th century and there isn't much left today aside from some long abandoned buildings. 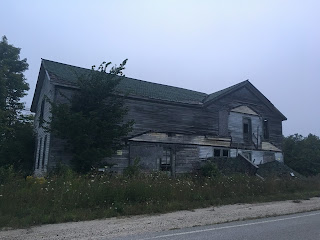 Likewise to the north on M-123 there is another ghost town called Ozark at the junction with Ozark Road.  Much like Allenville to the south Ozark was a railroad town built in the 1870s for the Detroit, Mackinac, and Marquette Railroad.  Apparently the population in Ozark peaked out before World War II but it was almost entirely abandoned by the 1960s.  All that I could find was an old school house building. 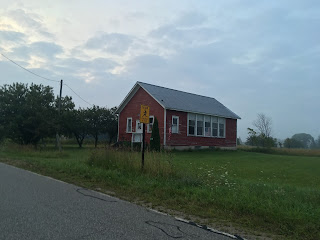 At Trout Lake Road M-123 picks up County Route H40 which multiplexes it north to Trout Lake.  H40 continues west while M-123 keeps going north towards Lake Superior.  My understanding is that M-123/H40 is the one of few County Route multiplexes on a State Trunkline. 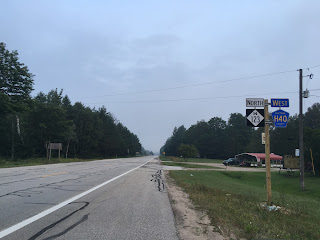 M-123 crosses M-28 twice, the first is northbound towards Lake Superior and the other is at the terminus in Newberry.  My photo was blurred which didn't get a good picture of the shields but the junction appeared just fine. 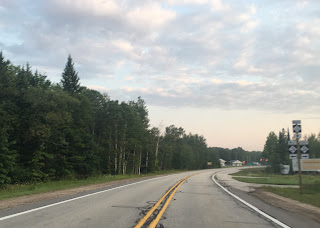 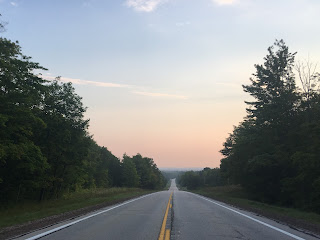 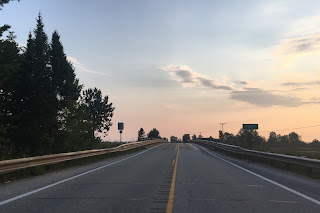 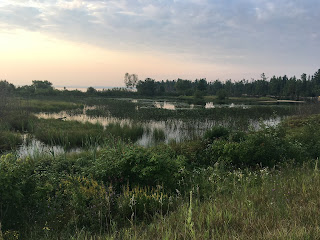 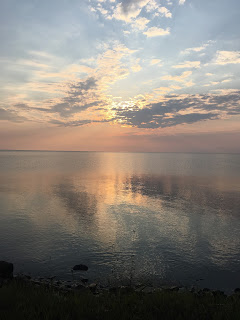 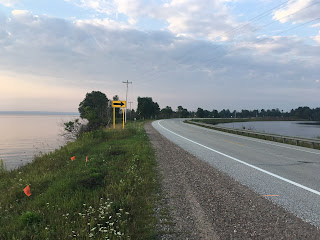 In Paradise M-123 switches to a primarily east/west highway approaching the Tahquamenon Falls, this is indicated by a lack of a directional placard. 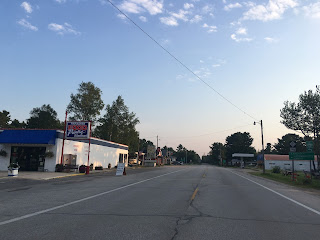 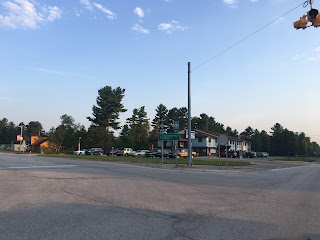 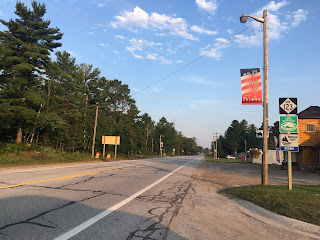 I stopped by the lower Tahquamenon Falls first.  Oddly there was no pay envelopes available at the park entrance due to campers stuffing the box they usually would be in with camping stubs.  I was able to get a hold of someone at the office desk and got the okay to pay on the way out. 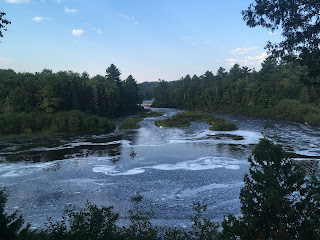 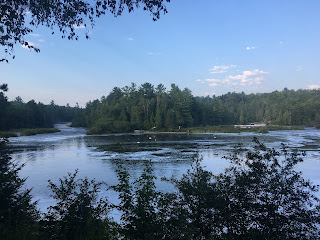 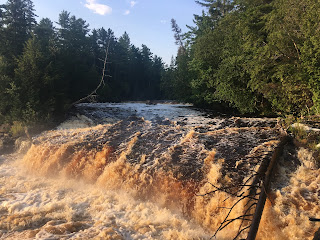 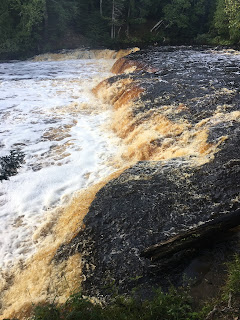 The real highlight is four miles to the west with the upper Tahquamenon Falls which are the third largest east of the Mississippi River.  The upper falls are about 200 feet wide and have a drop of 48 feet.  I neglected to mention this previously but the Tahquamenon River is 89 miles in length and primarily flows easterly into Lake Superior. 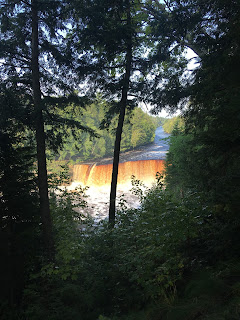 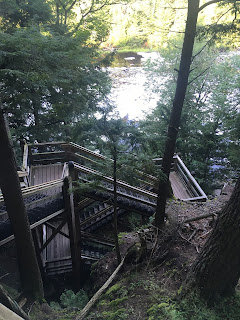 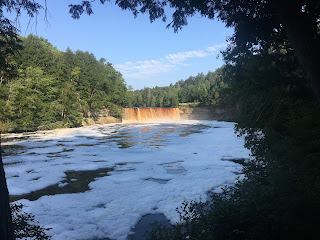 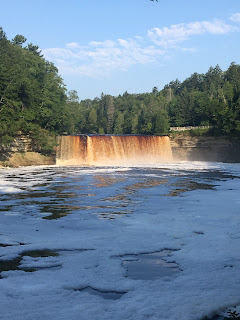 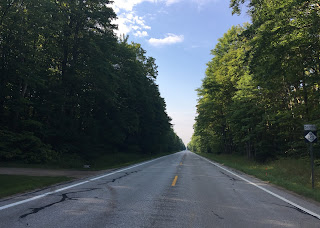 Newberry is the only incorporated place in Luce County and is the terminus of M-123 at M-28.  Newberry has some interesting older structures like the McMillan Township Hall building.  I took a turn on M-28 and began the westward trip to Houghton in the Keweenaw Peninsula. 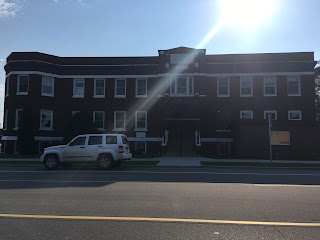 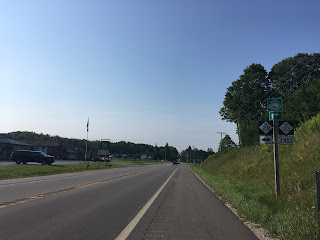