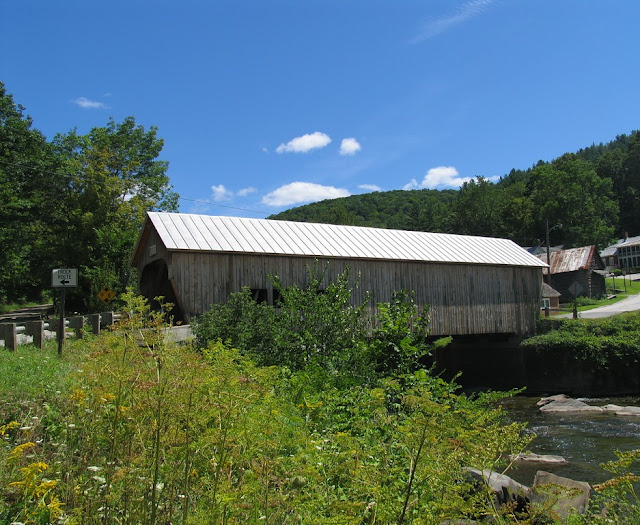 The Mill Bridge receives its name from the 19th Century Hayward and Kibby Mill that still stands near the bridge.  The original Mill Bridge was built in 1883 by Arthur C. Adams.  It was a multiple kingpost bridge and stood until an ice jam destroyed the bridge in the Winter of 1999.   The jam had shifted the bridge off of its abutments; and if jarred loose, the destroyed bridge would have threatened other covered bridges downstream.  It was decided to burn the remnants of the bridge on the river so it would not impact any other bridge.

The Central Vermont community rallied quickly to replace the bridge and a new structure built as closely to the original design as possible was in place and open the following year.  The Mill Bridge carries Spring Road and runs just under 72 feet in length.  It is sometimes also known as the Hayward or Noble Bridge.  The original Mill Bridge was added to the National Register of Historic Places in 1974. 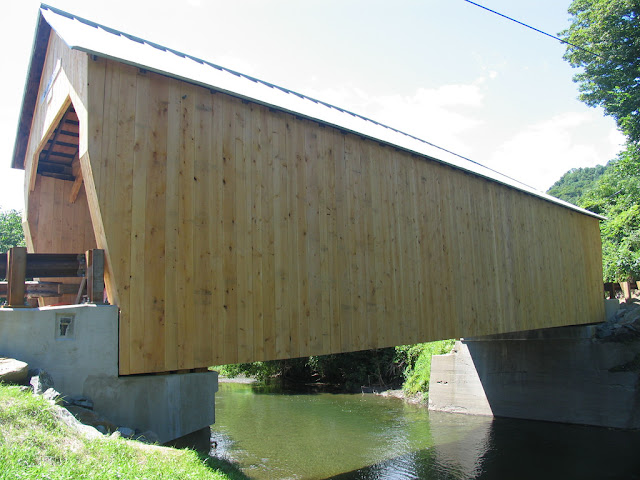 Located less than a mile downstream from the Mill Bridge, the Cilley Covered Bridge carries Howe Lane over the North Branch of the White River.  It was also built in 1883 by Arthur C. Adams.  The bridge was in the process of being restored when visited in August of 2006.  It is a multiple kingpost truss bridge and is just under 67 feet in length.

The Cilley Bridge was added to the National Register of Historic Places in 1974.