By Challenger Tom September 07, 2018
Picking up from the previous blog I pulled off of UT 18 on to Utah State Route 8 on Sunset Boulevard in western St. George to head towards Snow Canyon State Park.

UT 8 is a small 1.3 mile State Highway running from UT 18 on Sunset Boulevard west to Dixie Downs Road.  UT 8 is part of the former routing of US 91 which continued west as what is now signed as "Old Highway 91" to the Arizona State Line.  In 1973 US 91 was deleted south of Brigham City, UT which removed Sunset Boulevard from the State Highway System.

This 1950 Utah State Highway Maps shows how US 91 entered Utah from Arizona and reached St. George which would include the alignment of UT 8.

In 1972 UT 300 was commissioned south from UT 18 above the rim of Snow Canyon to the southern State Park Boundary.  UT 300 was likely never signed within Snow Canyon as it is common UDOT practice to maintain small roadways unsigned in State Parks.  In 1991 the Utah Transportation Commission authorized UT 8 to be designated over all of existing UT 300 pending improvements south of Snow Canyon State Park.  Roadways included into UT 8 were routed from UT 18 over Sunset Boulevard, through Santa Clara to 200 East, and Center Street in Ivins to UT 300 at Snow Canyon Drive.  Once the new UT 8 was completed in 1996 it absorbed all of UT 300 north to looping back to UT 18.  Oddly UT 8 was truncated to Dixie Downs Road in 1999 which apparently was requested by the Utah Division of Parks and Recreation.

As stated above I started my approach to Snow Canyon State Park via UT 8 on Sunset Boulevard headed west from UT 18. 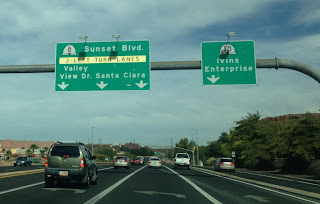 I took UT 8 to it's terminus at Dixie Downs Road and headed north to Snow Canyon Parkway.  Really the original alignment of UT 8 through Ivins wasn't exactly the most logical in retrospect.  Soon I found myself at the gate of Snow Canyon State Park on Snow Canyon Drive. 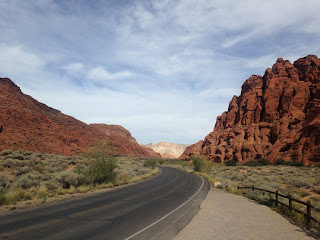 Snow Canyon has been a State Park since 1958 and is sandstone canyon similar to Zion Canyon.  Snow Canyon gets it's name from local settlers Lorenzo and Erastus Snow.  Snow Canyon ranges in elevation from about 3,100 feet at the bottom to a peak elevation of 5,023 feet above sea level on the rim.  Snow Canyon State Park has various hiking trails and even has pink sand dunes which are easily accessed from the rapidly ascending Snow Canyon Drive. 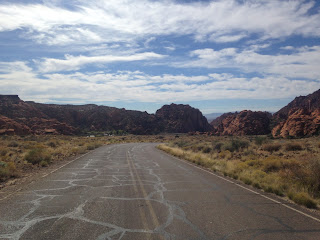 After trying a few trails I made my way north through Snow Canyon Park on Snow Canyon Drive to UT 18. 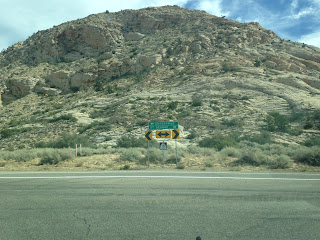 From UT 18 there is a small dirt access road to Panorama Point which overlooks Snow Canyon from the northern rim. 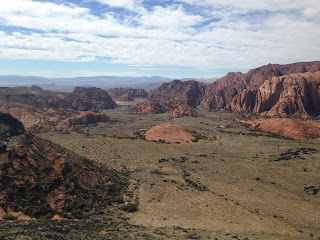 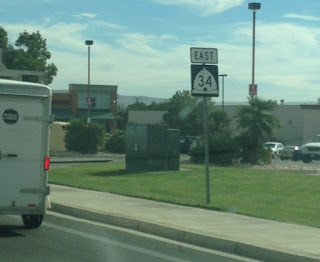 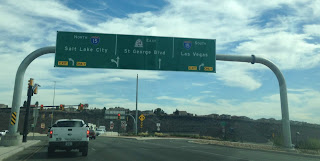 After completing UT 34 I jumped on I-15 briefly to UT 9 to head east towards Zion National Park. 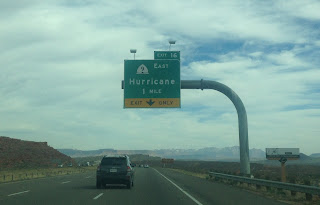 Part 11 of this blog series can be found here: