By Challenger Tom December 15, 2017
Might be a little late to the game for Throwback Thursday but it is still 9:35 PM West Coast Time.  Ever been traveling on I-17 and wondered what is off the exit at Badger Springs Road?  Since the 2000 has been the Agua Fria National Monument which as of my last visit in 2012 was proclaimed as "NOT A REST AREA." 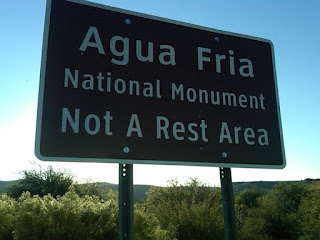 Agua Fria National Monument is a 72,000 acre protected part of the Aqua Fria River Watershed mostly north of Black Canyon City.  The Agua Fria National Monument was largely created to protect relics from the Native Tribes that inhabited the area between 1250 to 1450.  The Aqua Fria River is a 120 mile tributary of the Gila River which begins north of Prescott and descends southward into the Phoenix Metro Area.

Badger Springs Road is one of the more popular access points for Aqua Fria National Monument.  I used it along with Badger Springs Wash to get to the Agua Fria in Black Canyon. 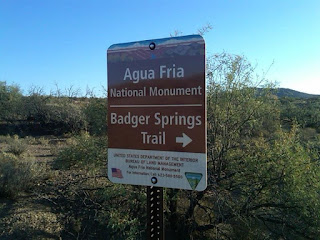 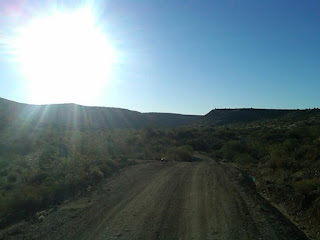 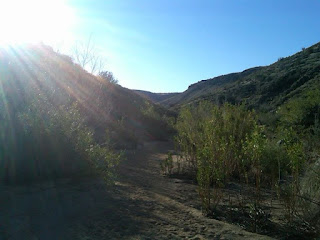 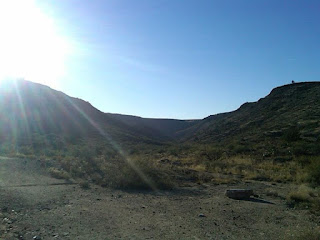 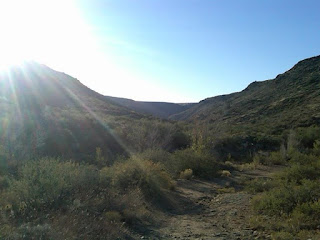 Surprisingly the Aqua Fria River was still fairly wet which made traversing Black Canyon somewhat difficult.  I don't recall finding any petroglyphs but I did have some worthwhile hiking for a couple hours. 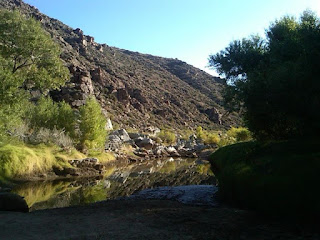 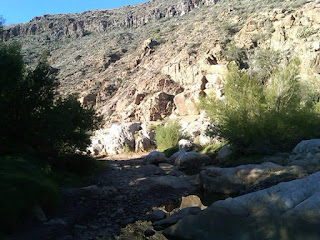 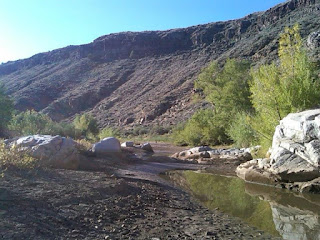 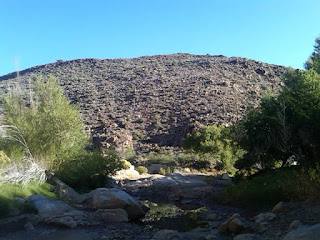 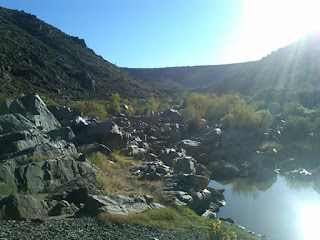 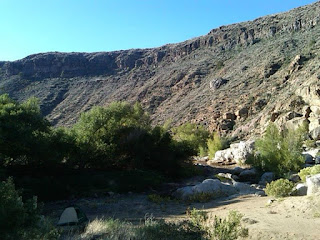