By Doug December 29, 2017
While I do not find myself roaming around South Carolina all that often, I am amazed by the fact that there is a lot of old roadside architecture still hanging around from the days of yore. So when I drove along US 501 through Horry County on my way to Charleston in March of 2013, I had to stop and take some pictures of a well preserved service station in Galivants Ferry that I managed to spot along the way. This is an old Esso station that was originally built in 1922 and was later moved to its current site next to a Sunoco station. 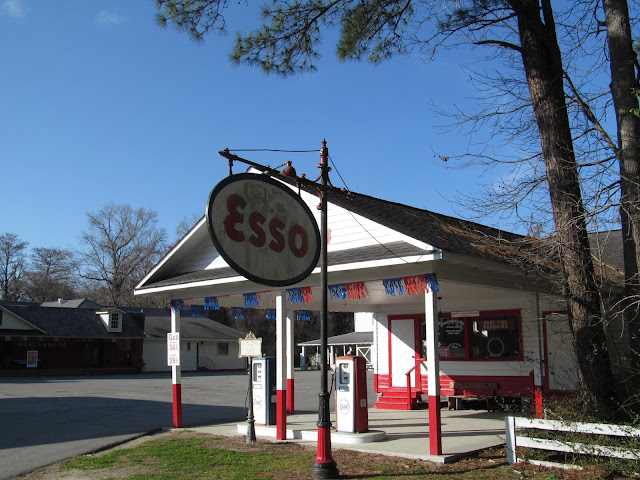 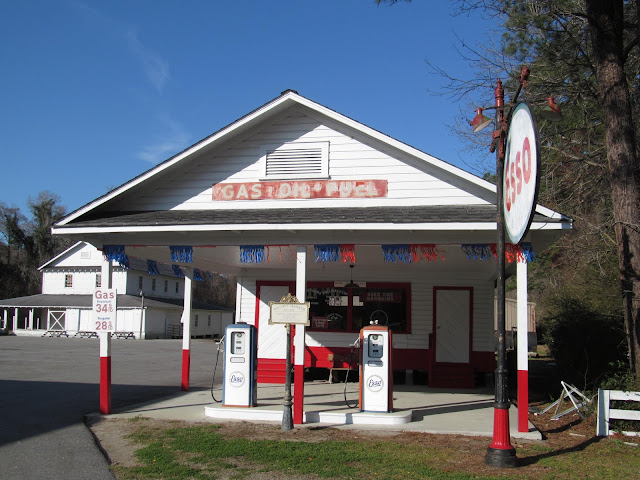 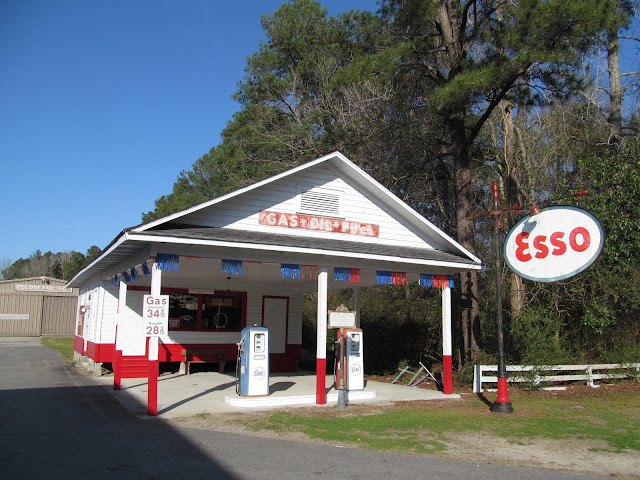 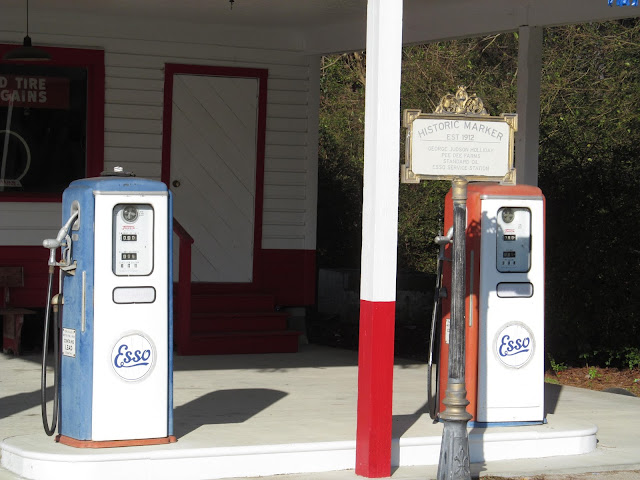 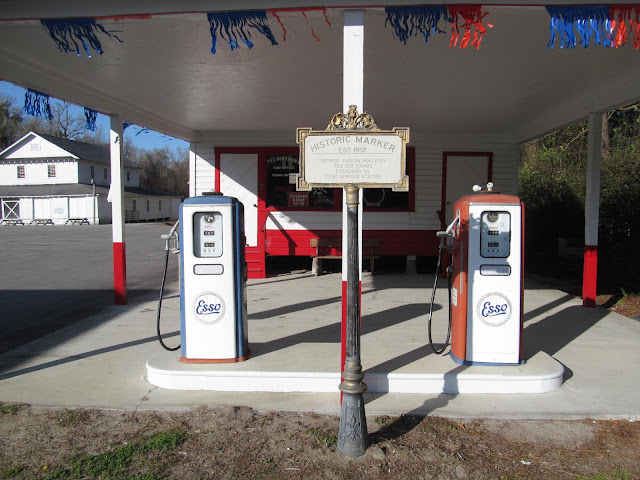 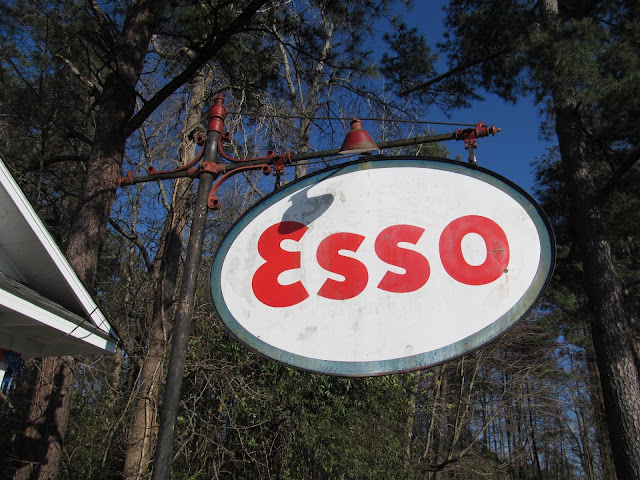 There is also quite a bit more history to Galivants Ferry than I had first suspected. I managed to take photos of a few historic markers that were around the old service station, but during the course of researching for this blog post, I discovered that there is an entire historic district in Galivants Ferry, filled with old houses, tobacco barns and even a political stump speaking, first done by Wade Hampton, a Confederate general who came to Galivants Ferry when he was running for South Carolina governor in 1876. Had I known at the time how much history came from this town, I would have explored further. 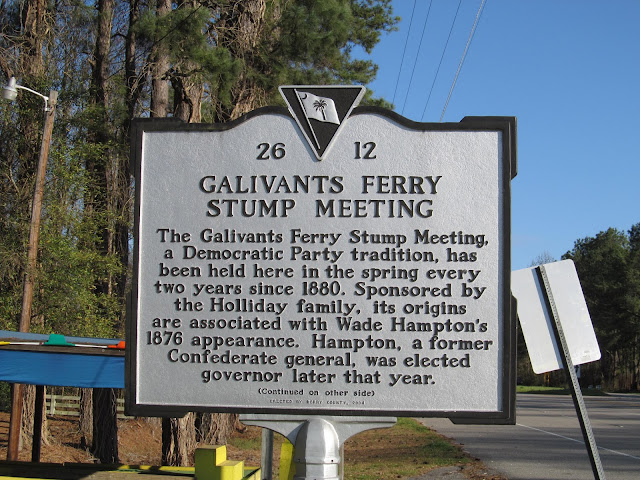 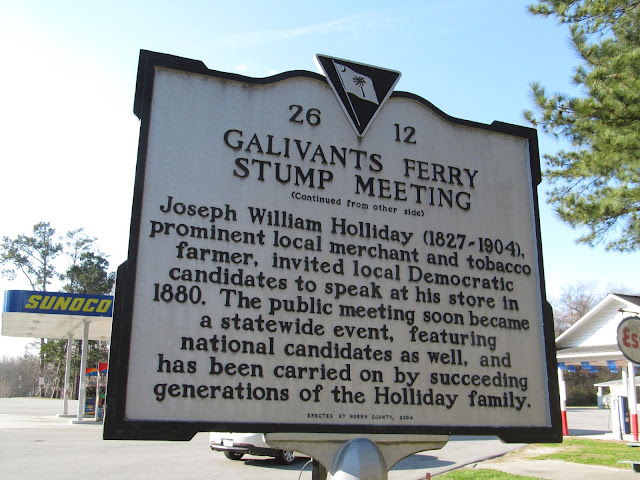