By Challenger Tom December 08, 2017
Throughout my entire life I've had interactions with the state of Florida.  I had family around the Pensacola and Tampa areas, our family took trips down to the state from the Mid-West to theme parks in the 1980s/90s, and of course there was racing as well.  Back in late 2012 the economy was still hurting in Arizona and I was getting ready to make the move to Florida.  Before I moved to Florida, I took a long trip to the southern half of the state to get a lay of the land which is what this blog is about.  I have a ton of stuff sitting in albums from 2012 to 2016 which I figure would make for a decent Friday topic, or "Florida Friday."

Upon arriving in Florida I wanted to go out and see some of the sites that I wanted to always check out on the road.  The first was the Sunshine Skyway Bridge over Tampa Bay which carries US 19/I-275. 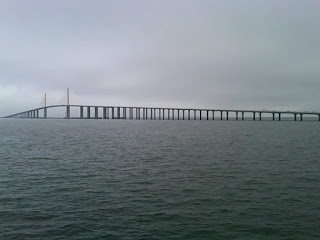 The current Skyway Bridge is a 4.14 mile cable stayed design which opened in 1987.  The new Skyway Bridge is 430 feet tall in the center span with a 180 foot clearance for ships to pass through. 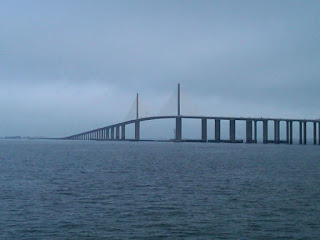 I stopped at the southern piers to check out the 1954 and 1971 bridge structures which is where I took my photos of the new span from. 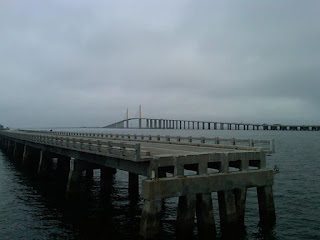 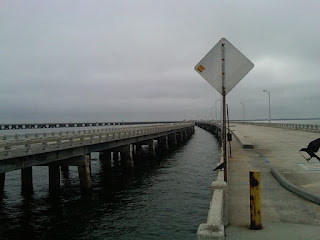 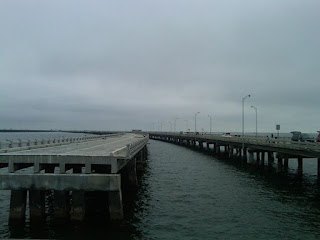 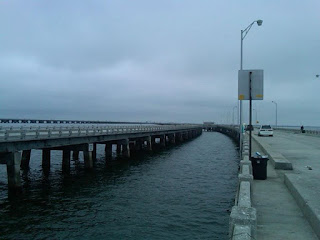 Despite the Skyway Bridge being a toll road there is plenty of reassurance shields about reminding you that you are on US 19/I-275. 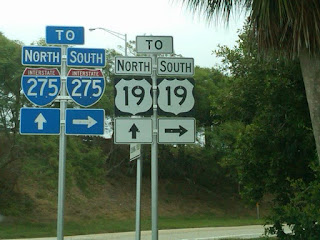