By Challenger Tom December 26, 2017
24 miles south of Wikieup along US Route 93 in rural Mohave County, Arizona is the ruins of a once inhabited place called "Nothing" 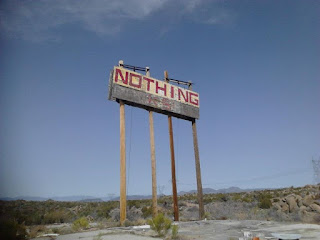 Rather than re-write a synopsis on Nothing I'll simply refer to a stub article I wrote for Ghosttowns.com back in 2012:

Nothing was an odd experiment to create town on the long desolate stretch of US93 between Wickenburg and Kingman. Nothing is located on mile marker 148.5 in the northbound lands of US 93. Nothing now hosts literally "nothing" except a good stopping point for the curious and truckers on the way to Las Vegas. Nothing was founded as Arizona's smallest community in 1977. ADOT once installed a sign at Nothing that read the following:

"Town of Nothing Arizona. Founded 1977. Elevation 3,269ft. The staunch citizens of Nothing are full of Hope, Faith, and Believe in the work ethic. Thru-the-years-these dedicated people had faith in Nothing, hoped for Nothing, worked at Nothing, for Nothing."


In 2005 Nothing was completely abandoned and by 2008 the gas station began to fall into disrepair. Currently all that remains of Nothing is ironically named "All-Mart" and a couple building foundations. The sign on the All-Mart reads that the population of Nothing is four people, four that are obvious long since moved on. The large "Nothing" sign is actually the remains of the Nothing Rock Shop which the concrete foundations can still be seen. Rumor has it that the town of Nothing was abandoned in 2005 after a grease fire consumed most of it while a resident was cooking a pizza. Nothing is currently for sale but if the I-11 project goes through will likely cease be razed creating an ironic end by literally becoming nothing.

As of 2017 my understanding is that the only the "Nothing" sign is the only trace remain left of settlement left.  All my photos date back to 2012 when the "All-Mart" was still standing. 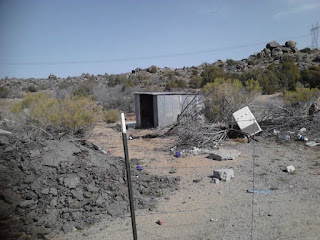 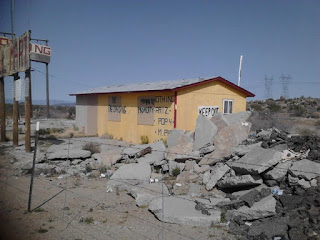 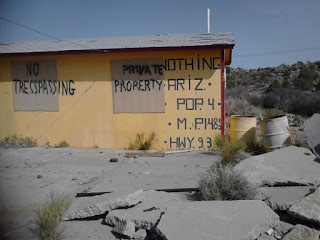 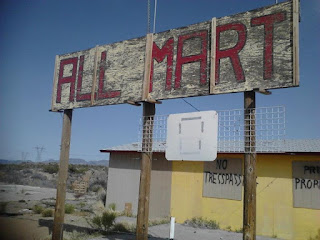 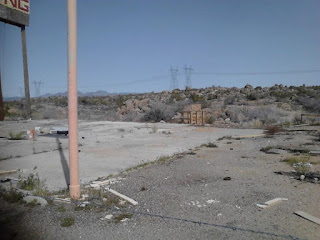 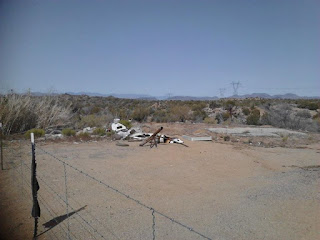 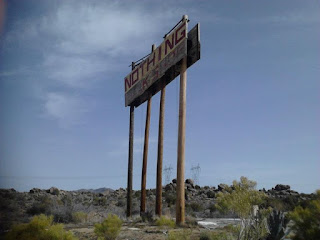 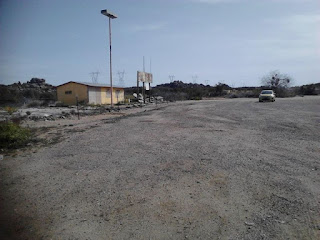