By Challenger Tom December 30, 2017
My second route clinch on Saturday was the tiny 5 mile California State Route 219.  After making my way west on CA 108 I found the only CA 219 shield that I could find in the fog which just happened to have an "odd" design. 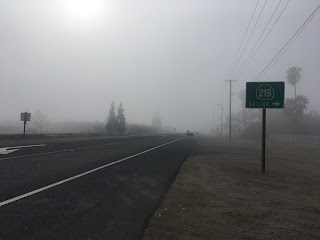 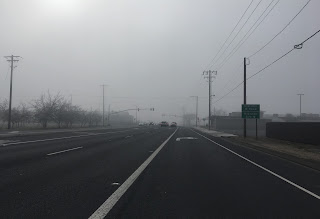 CA 219 follows the north outskirts of Modesto and is a divided expressway the entirety of it's length.  Unlike other short state highways like CA 153 and CA 233 there seems to be a clear connector purpose to CA 219.  CA 219 is signed as the CHP Officer Earl Scott Highway. 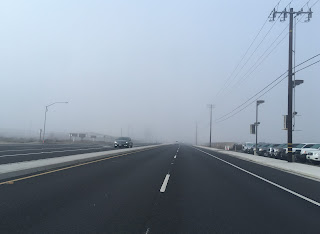 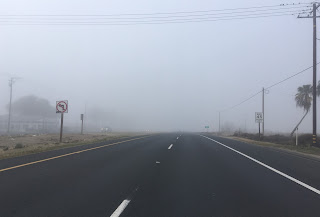 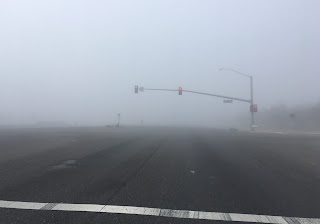 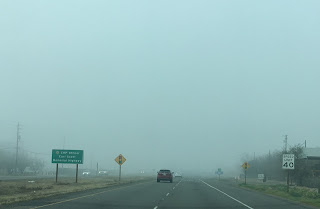 CA 219 terminates at the CA 99 freeway in Salida.  There is no "end" placard or really any indicator that CA 219 has ended.  I believe the only other signage for CA 219 is actually on the CA 99 freeway guide signs. 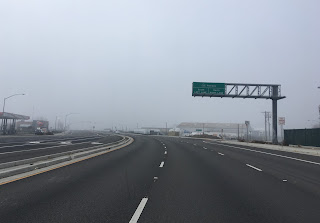 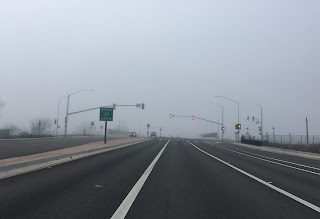 CA 219 was created as a signed highway out of Legislative Route 13 in 1964.  LRN 13 largely consisted of the Sonora Pass Road which became CA 108 which is what I suspect that CA 219 is thought to possibly been part of it once.  CAhighways.org details the history of both CA 219 and LRN 13 in far greater detail.