Back in early March 2013, I embarked on a road trip where I visited some of the historic coastal cities of the Southeastern United States. Norfolk, Virginia, Charleston, South Carolina, Savannah, Georgia and St. Augustine, Florida were the cities that I had stopped in along my way down south. Upon arriving in the main historic district of St. Augustine, I had parked my car and started heading to the historic Castillo de San Marcos National Monument, which is the site of a historic fort that was originally constructed by the colonial era Spanish. During my walk to the fort, I had walked past an old stone sphere, just a few blocks north of the historic downtown area. Upon further investigation, I had found that it was the Zero Milestone of the Old Spanish Trail, which was a highway through the southern tier of states in the United States of America, stretching from St. Augustine all the way to San Diego, California.

The Old Spanish Trail was originally developed in 1915 as a touring route for automobiles through Florida, Alabama, Mississippi, Louisiana, Texas, New Mexico, Arizona and California. It has since been superseded nationally mostly by US 80, US 90 and US 290, and later, I-8 and I-10. However, there is still plenty to see and explore along the old road. 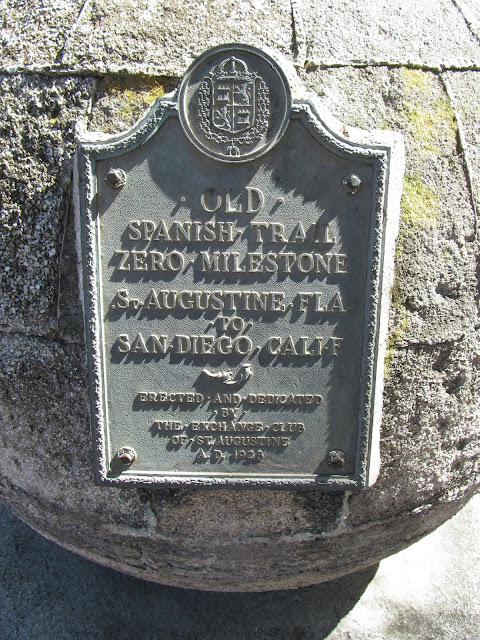