By Challenger Tom December 13, 2017
Back between 2011 and 2013, I traveled on various western parts of the former US Route 66 for work between Santa Monica, CA east to Albuquerque, NM.  That being the case I spent a ton of time tracking down old alignments and pretty much anything of interesting, at least enough to justify a stand-alone day.  This week I'll be looking back at US Route 66 between Santa Monica to Cajon Pass.

Originally US 66 had a western terminus in the City of Los Angeles from when the inception of the route until 1936.  The western terminus of US 66 was on Broadway Street in downtown Los Angeles at 7th Street which carried US 101 at the time.  The very early state-maintained alignment of US 66 and US 101 can be seen on the 1935 California Division of Highways map of Los Angles County.

There were some alignment shifts for pretty much every US Route in Los Angeles in the 1930s, they are covered in detail on USends.com.

By 1936 US 66 had shifted west from downtown Los Angeles to an endpoint in Santa Monica on Lincoln Boulevard at Olympic Boulevard which was US 101A (modern CA 1) at the time.  This change can be seen on the 1936 California State Highway Map City Insert. 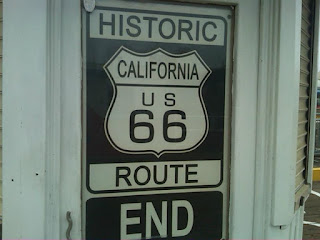 My last encounter with the Santa Monica Pier was back in late 2012 on a Sunday morning.  I actually drove down from Barstow, it was the one and only time I've ever driven through the junction of I-10, CA 60, I-5, and I-5 junction without encountering traffic.  I was there with the intention of seeing the "proclaimed" endpoint on the Pier and driving the 1936 alignment of US 66 east to downtown Los Angeles. 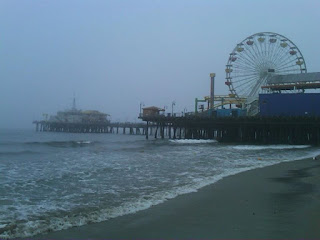 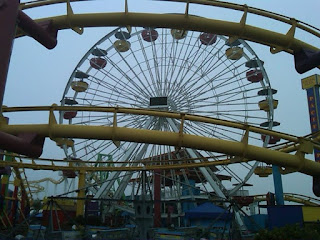 The Santa Monica Pier was completed in 1909 and is a well-known recreation site in greater Los Angeles.  The pier is adorned with all sorts of information and signs about US 66. 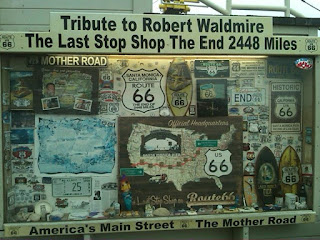 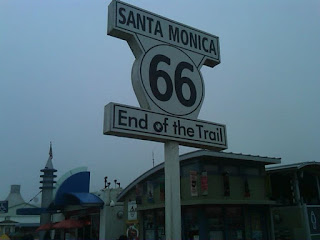 After visiting the Santa Monica Pier I took the 1936 alignment east towards downtown Los Angeles which used; Lincoln Boulevard, Santa Monica Boulevard, and Sunset Boulevard.  The traffic on this particular stretch is absolutely awful, especially on Santa Monica Boulevard.   I couldn't imagine trying to use something like US 66 as my main commuter route back before most of the freeways were built.  I don't have many surviving pictures from the trip given that I didn't really take too many road albums at the time but I did swing down to Wilshire Boulevard to see the La Brea Tar Pits and Peterson Automotive Museum.

The La Brea Tar Pits are a series of pools of naturally occurring asphalt.  The pits were first referenced back in the late 1760s and were known to contain fossils by 1901.  Most of the tar pits were actually dug up when the area was an asphalt mine or was done by people digging for fossils. 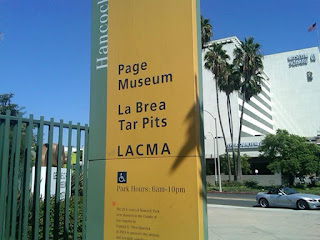 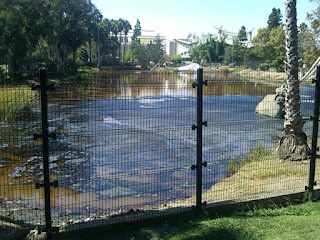 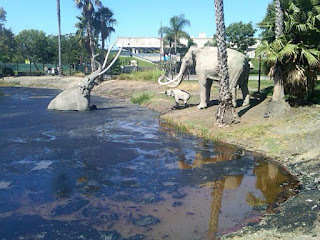 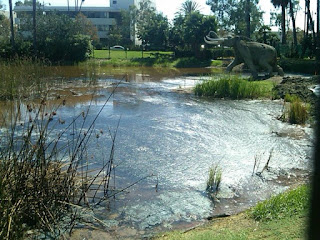 The Peterson Automotive Museum apparently opened back in the early 1990s.  I'm to understand that it went through a renovation back in 2015, really I thought the actual car displays were kind of lackluster for the entry price.  The museum did have a lot of good information on roadway infrastructure history in and around Los Angeles. 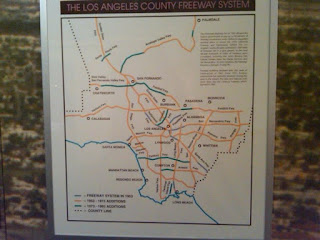 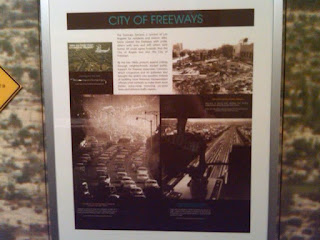 The museum did have an actual General Motors EV1 on display which I thought was neat. 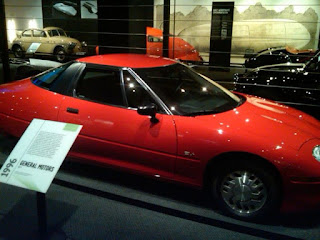 CA 2 actually was on the alignment west of downtown Los Angeles to Santa Monica first in 1934 and US 66 was a multiplex to US 101A.  CA 2 met Sunset Boulevard along Hyperion Boulevard and continued northward along Rowena Avenue, Fletcher Drive, Eagle Rock Boulevard, and Verdugo Road to meet CA 134 at Colorado Boulevard.  CA 2 survived as a state highway on Santa Monica Boulevard until the 2000s when most of it was relinquished.   I believe that the Beverly Hills section of Santa Monica Boulevard is still state-maintained but I'm not exactly clear on it.  CAhighways.org stub on CA 2 has a lot more legislative information: 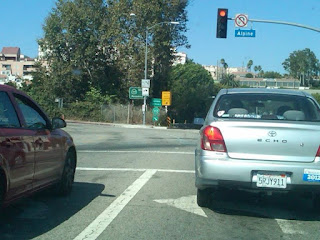 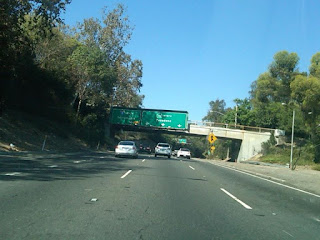 The change in the alignment of US 66 upon completion of the Arroyo Seco Parkway can be seen on the 1938 and 1940 State Highway Map City inserts. 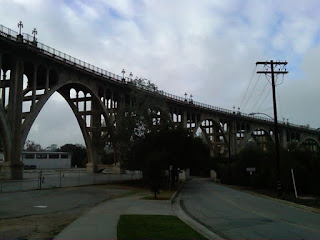 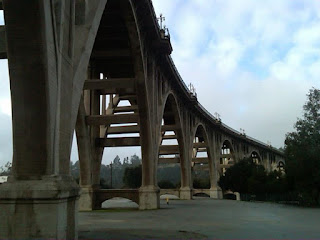 In 1964 after the California Highway renumbering US 66 was truncated from Santa Monica to Pasadena at the junction of CA 134 on west Colorado Boulevard and CA 11 which had been shifted from Figueroa Street east onto the Arroyo Seco Parkway.   The changes from 1963 to 1964 are massive and can be seen on the links below.

Interestingly, Figueroa Street and Colorado Boulevard west of the Arroyo Seco Parkway are shown as US 66A on the above 1963 map.  I find that interesting since both CA 11 and CA 134 are present as well, talk about an unnecessary multiplex.

I did make a point to stop at the Rose Bowl back in 2013 when I was taking pictures of the Colorado Street Bridge.  The Rose Bowl opened back in 1922 and is of course known for the New Year's Day gaming bearing the same name.  The last Michigan Football game I attended with my Dad was back at the 2004 Rose Bowl when they lost to USC.  My brother had driven us out from Phoenix and he had parked in a bad neighborhood where his Tahoe was stolen.  I was looking into a police career at the time and got an ad-hoc ride-along with Pasadena PD since my brother's case had Onstar on it.  Pasadena PD did find my brother's Tahoe at a known drug house but there wasn't enough evidence to prove anyone at the house was responsible for the theft apparently.  The transmission linkage was cut in my brother's Tahoe which led to a lengthy repair the next day.  I want to say that I was the only person without something stolen in that whole incident, suffice it to say it didn't really warm me up to the idea of working in the Los Angeles area. 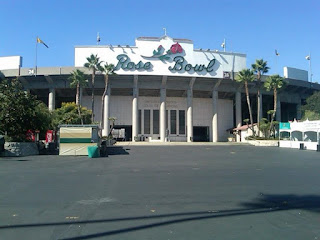