By Challenger Tom January 12, 2018
After leaving Biscayne National Park I headed northward via Florida State Road 874/Don Shula Expressway and FL 878/Snapper Creek Expressway to US 1/Biscayne Boulevard towards my hotel in Miami.  After hitting the city limit of Miami I encountered the Southern Terminus of Interstate 95 and took it into downtown. 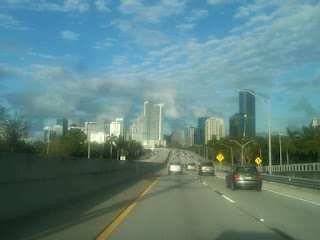 I continued north on I-95 and took I-195 over the Julia Tuttle Causeway towards Miami Beach and FL A1A. 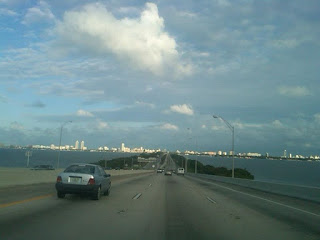 Not a bad view looking back westwards towards downtown Miami. 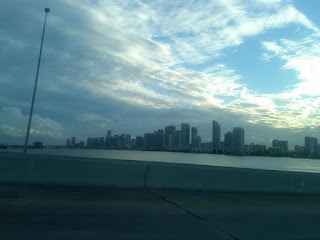 After stopping at a couple locales in Miami Beach I headed back over I-195 to US 1 on Biscayne Boulevard. 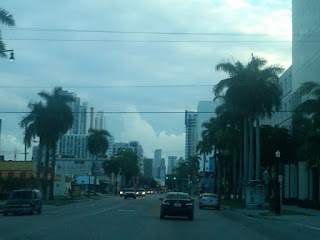 I believe that I actually stayed the downtown Hilton which had a hell of a view of Biscayne Boulevard/US 1 south. 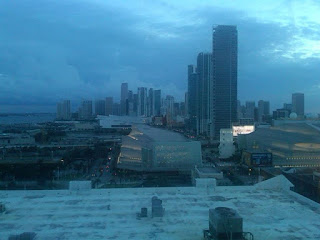 Not a bad view of I-395 on the MacArthur Causeway towards the Port of Miami. 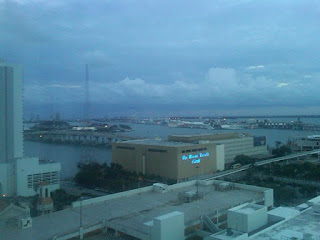 If memory serves correct I-195 was completed back in 1961 along with the grid-anomaly of FL 112.  FL 112 should be in the 8XX grid but appears to have retained the planning route number it was originally assigned.  I-395 I believed opened in the early 1970s I believe as part of an extension of FL 836.

TIm Ho said…
FYI: Jacksonville citizens voted for increased fuel taxes rather than toll roads some years ago. The Florida DOT disregarded that finding "Lexus [tolling for those who will pay] Lanes" on the east beltway which open shortly.
One news article:

DOT's 1st toll-reader structure goes up on I-295 - News4Jax
https://www.news4jax.com/traffic/first-toll-gantry-goes-up-along-i-295

Aug 11, 2017 - JACKSONVILLE, Fla. - The first toll structure in Jacksonville in 28 years went up last weekend without any fanfare. While traffic was detoured between Interstate 95 and Old St. Augustine Road early Sunday morning, construction crews put up the first toll gantry on I-295. The gantry will be part of a system to ...