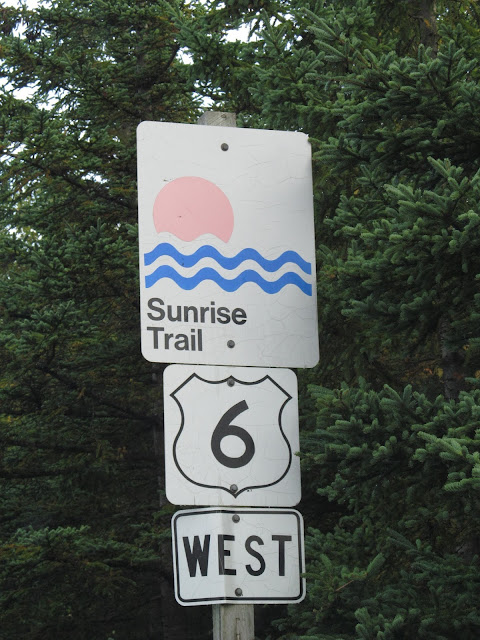 If you have ever visited Nova Scotia, you probably noticed the numerous scenic auto travelways that traverse the province. Some of the scenic routes are very well known, such as the Cabot Trail that is on Cape Breton Island, or the Evangeline Trail in southwestern Nova Scotia. However, there are plenty of other scenic travelways in Nova Scotia as well, such as the Sunrise Trail. The scenic auto trails are designed to allow the traveler to explore Nova Scotia by visiting its exciting towns, picturesque scenic vistas and memorable points of interest.

At 229 miles (368 kilometres) in length, the Sunrise Trail hugs the northern shore of Nova Scotia along the Northumberland Strait (which separates Prince Edward Island from Nova Scotia) from Amherst to Auld's Cove near the Canso Causeway, passing through places like Pugwash, Tatamagouche, Pictou, New Glasgow, Cape George and Antigonish on its way from east to west. The Sunrise Trail is signed with Nova Scotia Trunk Route 6 from Amherst to Pictou, and a hodgepodge of other routes from Pictou to the east. During my visit to Nova Scotia in 2012, I had the opportunity to drive the Sunrise Trail from Pictou to Tatamagouche. Here are some of the photos from my travels.