By Challenger Tom January 18, 2018
This past Thursday was the start of an approximately 1,400 mile road trip through the Mojave Desert.  The planned destinations on the trip included Death Valley and Zion National Park.  The first stop was in Barstow and there had been some significant changes with how US 66 was signed on Main Street.  Up and down Main Street within the city limits of Barstow were new US Route 66 shields mounted on brick spires. 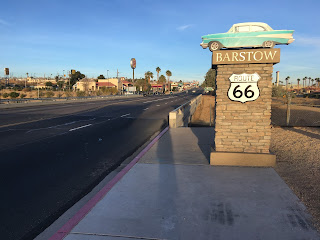 The new US 66 shield spires include a classic car either from the 1950s or Muscle Car era in the 1960s.  In the particular case of the shield spire I took a picture of it was a 1957 Chevrolet Bel-Air. 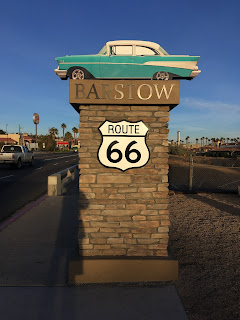 Given that I was in Barstow the route I took out of town was on 1st Avenue along what was the original southern terminus of US 91 until 1947 when it was extended to Long Beach.  I stopped at the Barstow Harvey House and Route 66 Mother Road Museum for new pictures of Old US 91 alignment in addition to the historic rail depot/hotel. 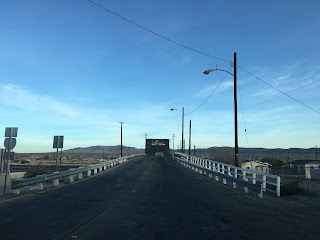 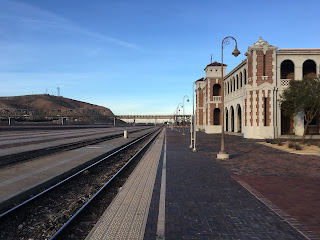 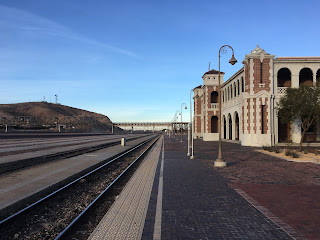 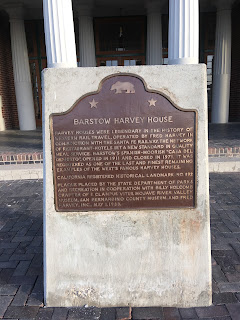 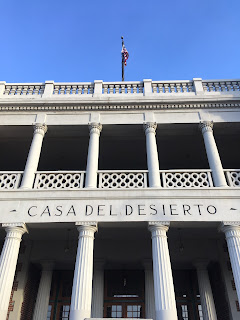 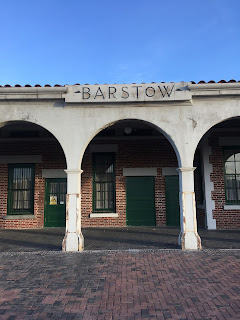 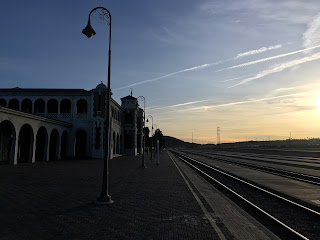 I'm not sure of the vintage of the bridge over the Mojave River but US 91 would have used it head northeast towards Las Vegas.  US 91 met US 466 about a block north on the road that is now called Old Highway 58. 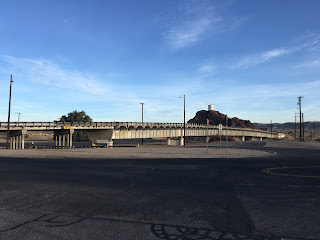