By Doug January 14, 2018
They say that you never forget your first. In this case, the Blenheim Covered Bridge in Schoharie County was the first covered bridge that I saw, back when I was a young boy during the 1980s. Since then, I have seen numerous covered bridges stretching from coast to coast in both the United States and Canada, but I will always have an affinity towards the Blenheim Covered Bridge and its unique design.


The original Blenheim Bridge was built in 1855 by Nicholas Montgomery Powers, who was a prominent covered bridge builder of his day. Spanning over the Schoharie Creek, the bridge was located in the Town of Blenheim in southeastern Schoharie County on NY 30 in North Blenheim, until it was washed away during the floods caused by the remnants of Hurricane Irene on August 28, 2011. During its existence, the Blenheim Bridge was the longest single span bridge in the world at 228 feet in length and was one of only just a few remaining bridges in the world with two separated (or double barreled) lanes. The old Blenheim Bridge was open to vehicular traffic until 1932, when New York State built a new bridge for traffic about 100 feet downstream of the covered bridge. The covered bridge was supposed to removed back then, but there was enough public outcry that caused the covered bridge to remain open for sightseeing, thus allowing future generations to enjoy this local treasure. 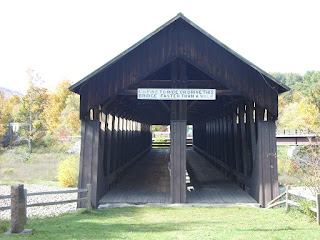 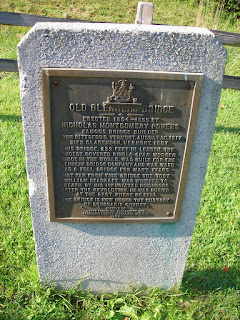 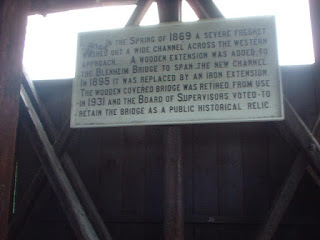 After floods had destroyed the original bridge, efforts have been made to build a replica of the Blenheim Bridge. In 2016, funds were approved to pay for the construction of a new covered bridge using federal and state funds. Construction on the new bridge commenced in 2017, with an expected opening of the new bridge in July 2018. I'll be there as soon as I can after it opens, so I can create new memories.

Crossposted from my Blenheim Covered Bridge post at the Unlocking New York blog.