By Challenger Tom January 20, 2018
Upon returning to Las Vegas from the Hoover Dam it was time to close out the first major road trip of 2018.  Saturday night I walked over to the High Roller which is the largest Ferris Wheel in the world at 550 feet.  The High Roller was opened in March of 2014 and is located essentially directly east of The Flamingo.  Rides on the High Roller are about 30 minutes in length from start to finish.  What I found interesting was that the Ferris Wheel never stops moving and you literally jump-on/jump-off.  There is a giant catch net under the Ferris Wheel pods, unfortunately I didn't get ask if anyone actually fell in. 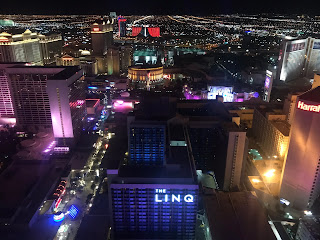 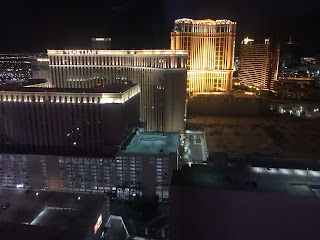 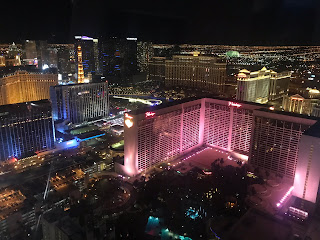 Sunday afternoon heading out of Las Vegas south on I-15 I turned off onto Las Vegas Boulevard in Sloan.  Seven miles south of Sloan is the Seven Magic Mountains which is an art display out in the waste above the Jean Dry Lake.  Apparently the colored rocks are 25 feet and were assembled in May of 2016.  According to the website the "mountains" will only be on display for two years (so, does that mean someone comes and knocks them over?). 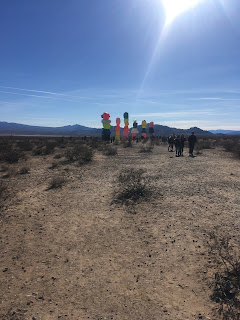 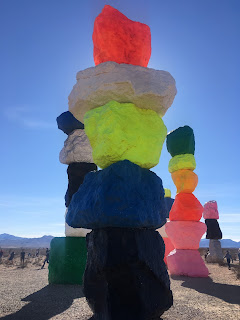 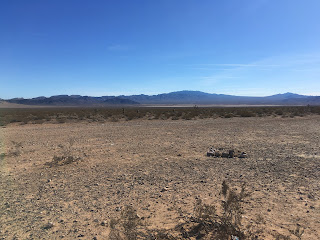 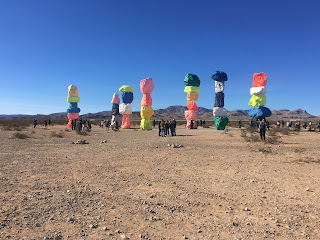 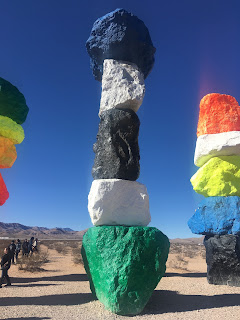 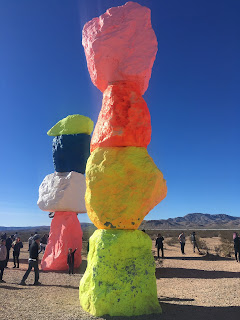 After returning to I-15 I took it south to California State Route 58.  A solid tip of advice is to never drive home from Las Vegas on a Sunday afternoon since you'll be competing with all the drivers from Los Angeles and San Diego going home.  Suffice to say I was a little too tired to really capture the Hinkley Bypass on CA 58 but it is a pretty solid alignment that really helps mitigate backups at US 395 in Kramer Junction.  The Kramer Junction Bypass seems to be in the initial stages with some earth moved to widen out CA 58. 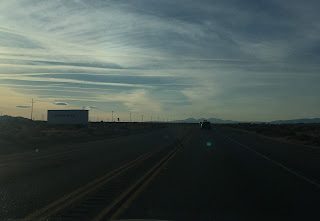 Mervyn's was a somewhat large California based clothing retailer that was once owned by Target Corporation and went bankrupt in late 2008.  According to local lore I've heard in Victorville the Mervyn's trailer on CA 58 showed up on the side of the highway after the bankruptcy was declared back in 2008.  Given there isn't really a fence line CA 58 between Kramer Junction and Boron there might be an ounce of truth in the story, but then again who really knows?

On the way back to Fresno I was able to get a decent CA 202 shield finally for my photo collection.  All my previous attempts to obtain a CA 202 have been blurred up or I just haven't around with enough light to capture a moving picture. 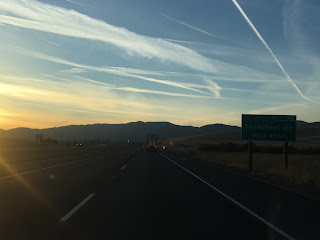