By Challenger Tom January 02, 2018
The ghost town of Rice lies in the southern Mojave Desert of San Bernardino County along California State Route 62.  Rice despite it's derelict appearance was the head of a rail line and almost became the locale of the first nuclear weapons test. 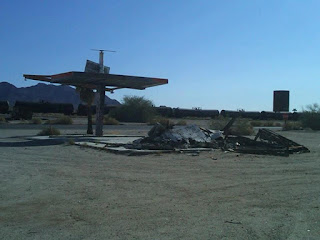 Rice and the rails of the California Southern Railroad can be seen on the 1935 California Division of Highways Map of Riverside County. 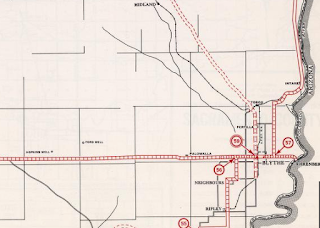 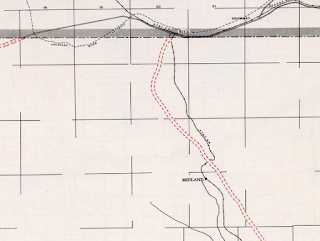 Rice was largely depopulated after World War II.  The Army Airfield was turned over to civilian use but was abandoned some time in the 1950s.  The ruins of the gas station in Rice opened in the 1970s.  The ATSF sold the rights to the line between Rice and Ripley to the Arizona & California Railroad ("ARZC") in 1991.  Rice was largely known in modern times for a shoe tree that burned in 2003 only to be replaced by a shoe fence which still exists to this day.  The last train to run from Rice to Ripley was in December of 2007.  In 2009 all but the first four miles of rials south out of Rice were abandoned and were removed in 2011.  Aside from building foundations there isn't much left to indicate anything significant ever happened in Rice or the roll it played during World War II. 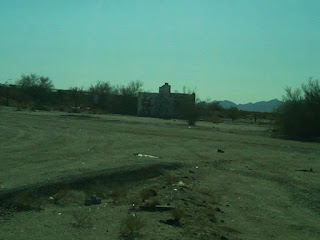 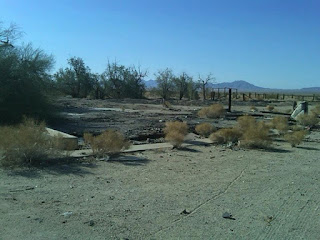