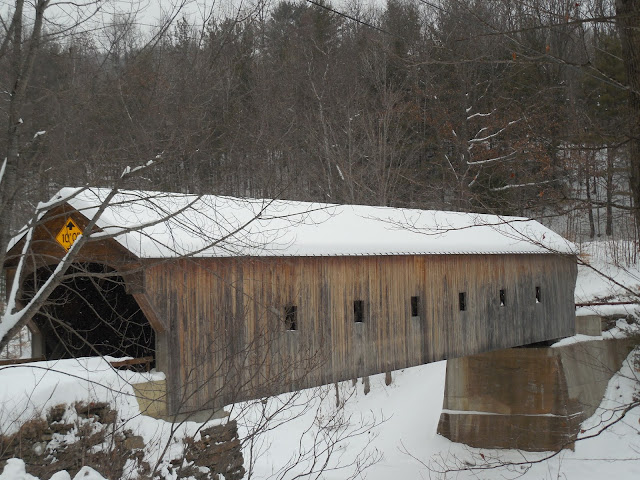 The covered bridge was extensively restored in 1975 and 1976 by famed covered bridge builders Milton Graton and Associates of Ashland, New Hampshire. Graton's team rebuilt the trusses, raised the bridge by 2.5 feet so that water could not flow in and damage the timbers, and reframed the floor with heavier timbers so the bridge would be more durable for modern traffic. In raising the bridge, that may be why you see one stone abutment and one concrete abutment for the bridge. Then in 2007, additional renovations by Wright Construction of Mount Holly, Vermont took place for items that were not addressed during the earlier restoration. This restoration included replacing parts of the bottom lower chord and adding a fifth chord to help strengthen the bridge span. 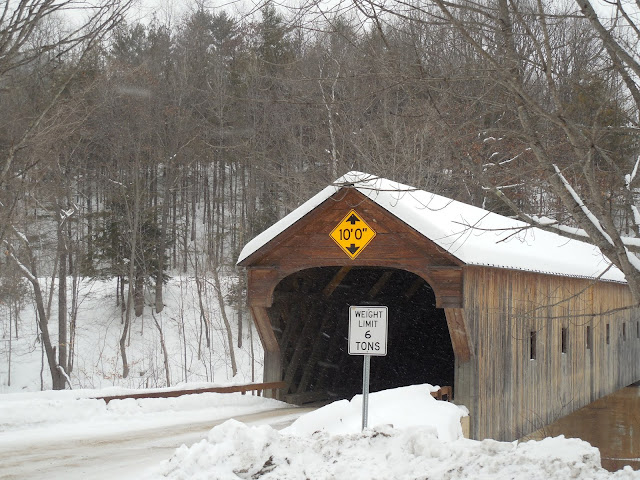