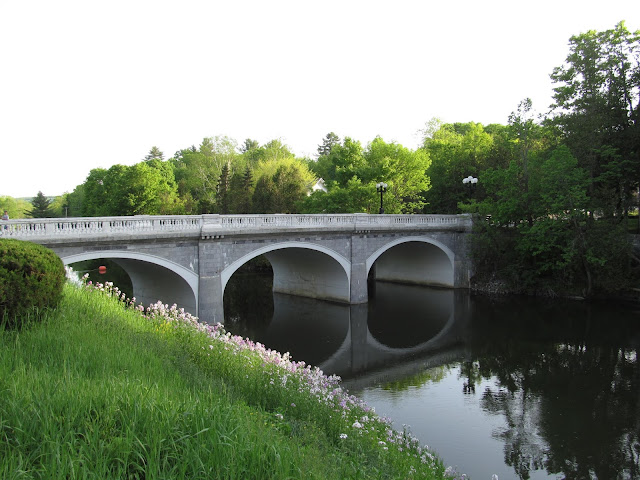 Proctor, Vermont has long been known as one of the centers of the marble industry in the Northeastern United States. Proctor was home to Vermont Marble Company, which was considered the largest corporation in the world in the early 1900s. Proctor became a melting pot of employees from a number of European countries, attracted by jobs in the marble industry. The Vermont Marble Company's legacy plays a predominant role in Proctor’s aesthetic and culture. Today, you can visit the Vermont Marble Museum in Proctor. Thus, it was entirely fitting then that the bridge connecting the two sides of the village over the Otter Creek would be made partially of marble, making the Marble Bridge one unique structure.

The 164 foot long Marble Bridge was built in 1915 of reinforced concrete and marble, complete with details such as marble railings. The bridge stands as a memorial to Fletcher D. Proctor given by his mother Emily Dutton Proctor. Proctor believed that a permanent arch bridge of reinforced concrete and marble across Otter Creek in the Village of Proctor, in place of the present covered bridge, would add much to the safety and convenience of travel and the beauty of the village. This marble bridge replaced three previous covered bridges built in 1794, 1811 and 1839 that had spanned over the Otter Creek. The bridge was designed by Harry Leslie Walker, who was a friend of the Proctor family and worked under Frank Lloyd Wright, and engineered by Alexander Brociner.

The initial contract for the bridge construction was for $20,965, with construction to start in June 1914 and to be completed in October 1914. This project was not only to build the new Marble Bridge, but also to remove the old covered bridge. However, problems started to arise with the contractor, as progress was found to be unsatisfactory by the town's selectmen and that the contractor did not supply enough competent workers. This led to the contractor to be fired from the job and the town taking over. As a result, the bridge construction had to continue into the winter, and work had been completed on February 5, 1915.

As cultural and technological changes occurred, it made sense to widen the Marble Bridge. In 1936, a reconstruction of the bridge was undertaken. As the country was in the midst of the Great Depression, opportunities through the Works Progress Administration allowed local residents to find work as well as the town to improve their storied bridge. One of the projects selected was the widening of the bridge. The bridge had two 4 foot sidewalks and an 18 foot roadway. The plan was to widen this by ten feet on the north side, giving two 6 foot sidewalks and a 24 foot roadway. This allowed the bridge to be modernized and allow for two way traffic, which is still the case today.

The Marble Bridge was also rehabilitated in 2002, to replace the marble railings and fix the concrete, which had caused leaks behind the bridge arches over the year as it was not watertight enough. The work on the bridge had a price tag of $1.4 million, which did not include the construction on the marble railing, as that was on a separate contract. Lighting that resembled what would have been placed during the original construction n 1915 was also installed at the bridge With these repairs and upgrades, the Marble Bridge should continue to serve Vermonters and other travelers for years to come. 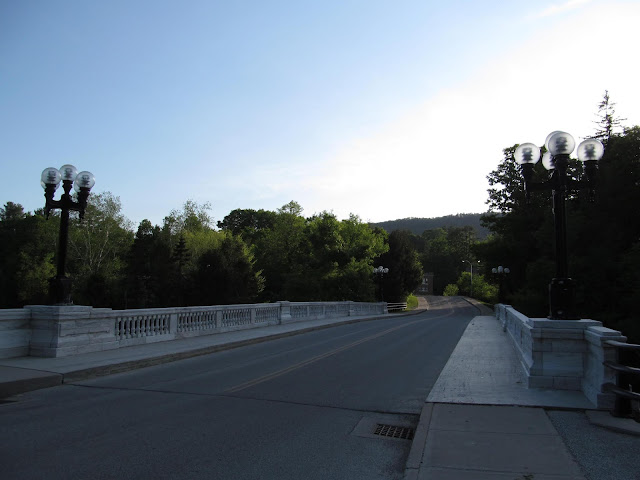 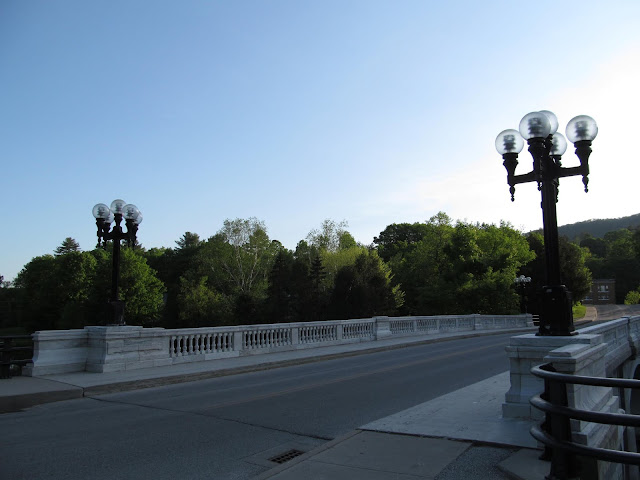 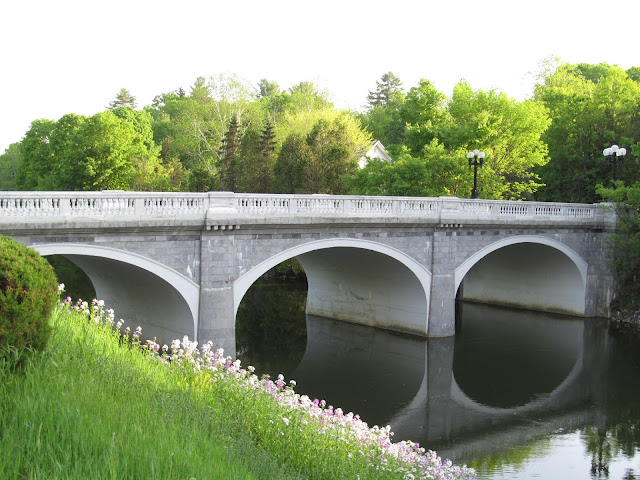 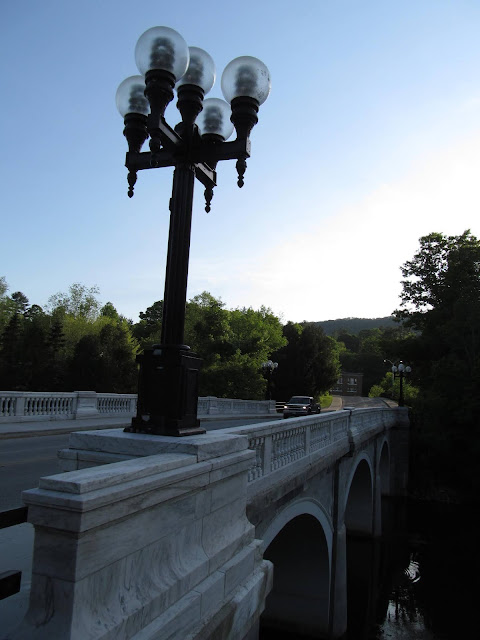 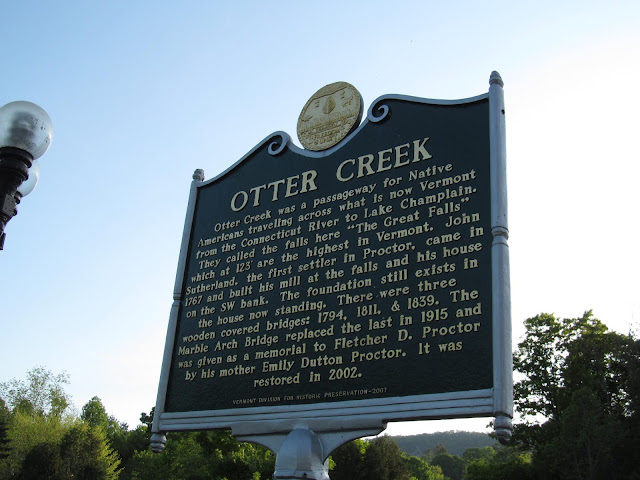 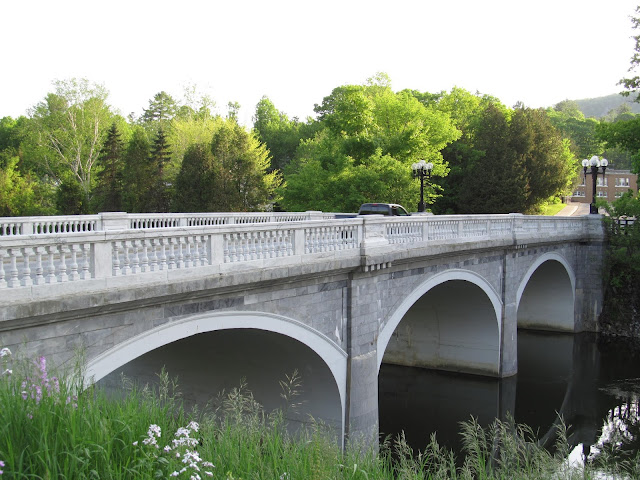