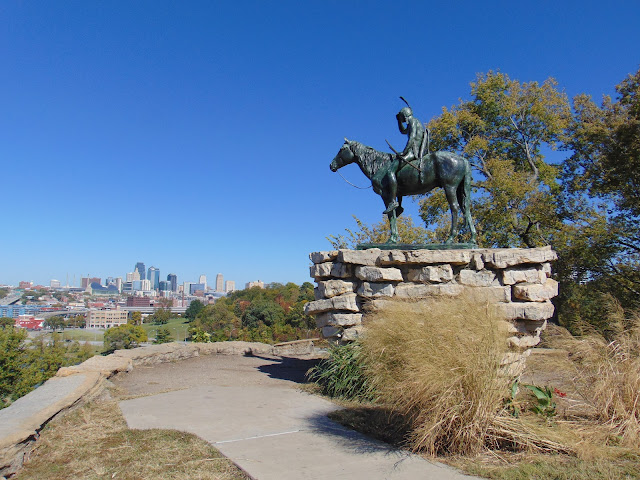 In a city known for its statues, fountains and excellent barbecue, The Scout (also known as the Kansas City Scout) is the most famous of the statues that keeps watch over Kansas City, Missouri. From the vantage point up high at Penn Valley Park, there are excellent views of nearby I-35 and the Kansas City skyline. The statue is placed in a historic area of Kansas City once known as the Penn Street Ravine, where pioneers once traversed as part of the Santa Fe Trail. So it was appropriate to place The Scout in an area that has historical significance.

The Scout is a 10 foot tall statue cast in bronze of a Sioux Indian on horseback, surveying the landscape. The statue was originally cast by renowned sculptor Cyrus Dallin in 1915 for the Panama Pacific Exposition in San Francisco. Dallin had a deep respect for America's indigenous peoples and some of his best known works were made in tribute to Native Americans. The statue won the gold medal and as the statue traveled toward the East Coast of the United States, it was temporarily installed in Kansas City. While the statue was never meant to become a permanent fixture in Kansas City, local citizens were so delighted with The Scout that they raised $15,000 to purchase the statue. The fundraising happened mostly through small subscription campaigns, with people paying in nickels and dimes to help raise funds. Once enough funds were raised, The Kansas City Scout was dedicated as a permanent memorial in 1922.

Since that time, The Scout has become a symbol and a mascot of Kansas City, Missouri. Several area institutions were named after the iconic statue, including Kansas City’s electronic traffic alert system, aptly named The Kansas City Scout. When the National Hockey League had a franchise in Kansas City during the mid-1970s, the team was named the Kansas City Scouts, finding inspiration from The Scout statue after the original nickname of Mohawks was shot down by the Chicago Blackhawks. Unfortunately for Kansas City area hockey fans, the team was not as popular as the statue, having moved out of Kansas City after two lackluster seasons. That team is now the New Jersey Devils, named for another legend in its own right. In 1992, Kansas City gifted a replica of The Scout to its sister city of Seville, Spain, sharing a symbol of this wonderful city on the border of Kansas and Missouri with the world.

Visiting The Scout statue is easily accessible from I-35 and Penn Valley Drive, the latter of which goes through Penn Valley Park. For me, it was a short walk from the tennis courts to be able to see this enduring symbol of Kansas City. It is a superb place to view the Kansas City skyline, the Power and Light District and the Kauffman Center for the Performing Arts. It is a great little stopover if you are passing through the Kansas City area. 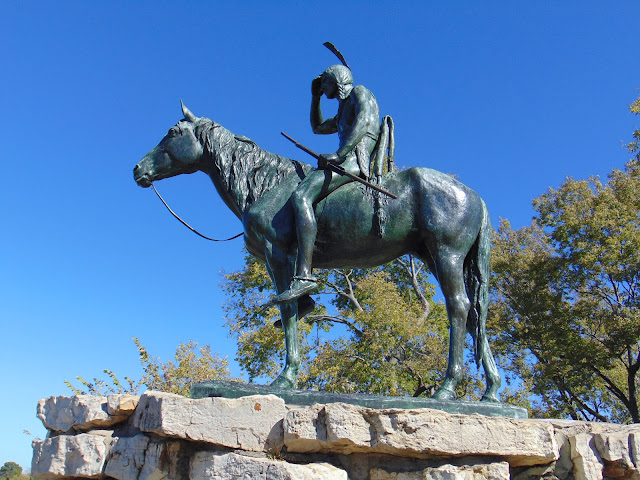