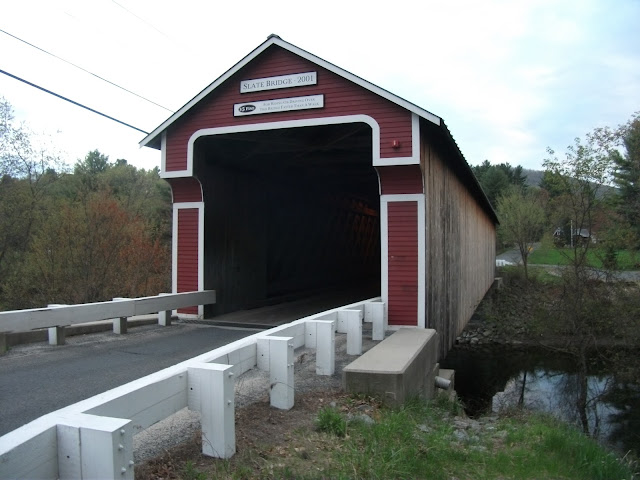 The Slate Covered Bridge is a 143 foot long covered lattice through truss covered bridge that spans over the Ashuelot River in Swanzey, New Hampshire. One of six covered bridges found in Swanzey, this bridge is the second covered bridge to stand at this location on Westport Village Road (which was a former alignment of NH 10). Like the previous bridge at this location, this one continues to be called Slate Covered Bridge after the Slate family that had owned a farm to the north of the bridge.

The original bridge was erected in 1862 at a cost of $1,850.64 with a Town truss and was a couple feet longer than the current covered bridge. It was built to replace the previous bridge that crossed the river at this location, which had collapsed in 1842 as William Wheelock and his oxen were crossing it. Despite the collapse sending them all into the river, it was a blessing that neither Wheelock nor his oxen were hurt. Even still, Wheelock engaged an attorney from Keene to seek damages from the Town of Swanzey as a result of being on the bridge while it collapsed into the Ashuelot River.

Due to the effects of time, the bridge began to show wear and tear over the years. In the early 1990s, talk of fundraising to help with the rehabilitation of the bridge began. In 1987, the bridge was damaged by a snow plow and was repaired at a cost of $2,000. However, before the bridge could be rehabilitated any further, it was destroyed on March 8, 1993, when it was set on fire. There was a suspect who was tried for the arson, but the case against him was weak from the start. The case weakened further in late 1993 when the state failed to discover gasoline or any other accelerant that was being used to burn the bridge down. The case went to trial in December 1993 and the suspect found not guilty of the act of arson. Nobody else was ever charged and the arson remains unsolved.

Undeterred, the Town of Swanzey decided to have a new covered bridge erected in its place, and opted to keep the same name for the new bridge. Hoyle Tanner of Manchester, New Hampshire was selected for the design of the new wooden Slate Covered Bridge under the New Hampshire Department of Transportation Municipally Managed Bridge program. They provided engineering design services for the new bridge including Town Lattice trusses, floor beams and floor decking, roof rafters and purlins, and cross bracing, along with fire detection and protection systems. They also provided inspection and evaluation of existing stone abutments for reuse. Wright Construction Company of Mount Holly, Vermont assisted in the construction of the new covered bridge as well. The new Slate Covered Bridge opened in 2001 with a l5 ton live load, which was five times that of the original covered bridge. 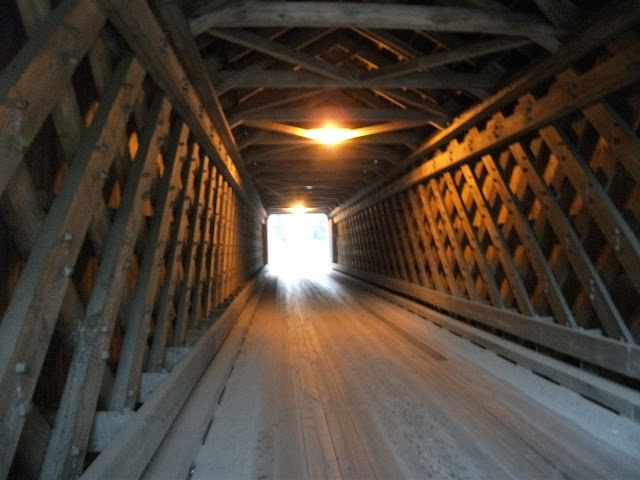 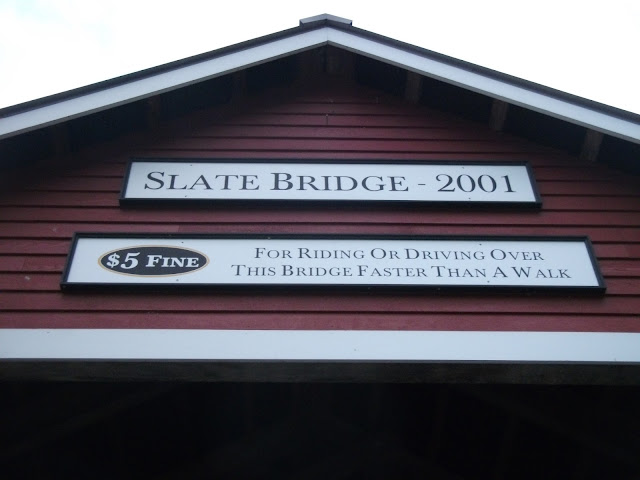 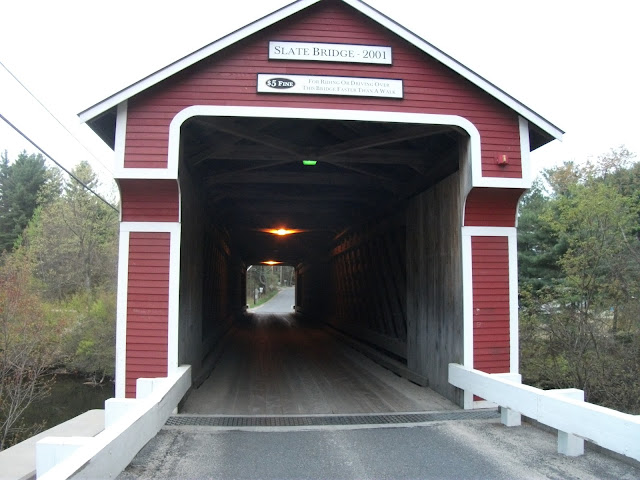