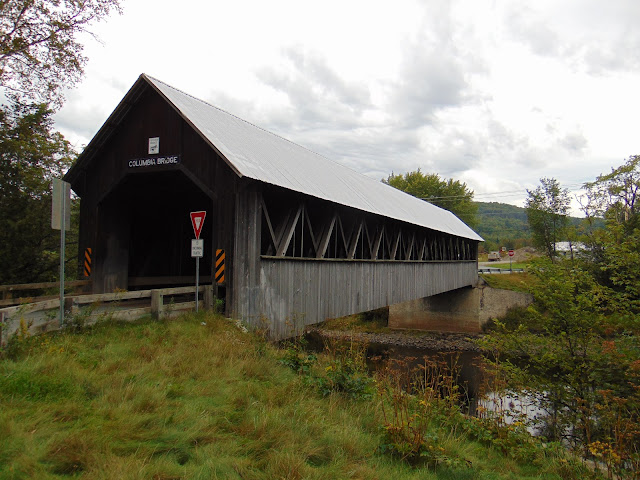 The Columbia Covered Bridge is the northernmost of the covered bridges that cross the border between the states of New Hampshire and Vermont. Connecting North Stratford, New Hampshire with Lemington, Vermont over the Connecticut River, this 146 foot long Howe truss designed covered bridge is just four miles south of Colebrook, New Hampshire. The Howe truss design was introduced around 1840 with its combination of wood and iron structural members, represents the transition in construction from wood to iron bridges. The bridge can handle one lane of traffic at a time, as it is only a little over 14 feet wide.

I've visited the Columbia Covered Bridge on more than one occasion. It is in a quiet corner of New England, leaving plenty of time with little distraction to observe and peacefully enjoy the surroundings of the covered bridge. There is also boating and fishing access for the Connecticut River adjacent to the bridge.