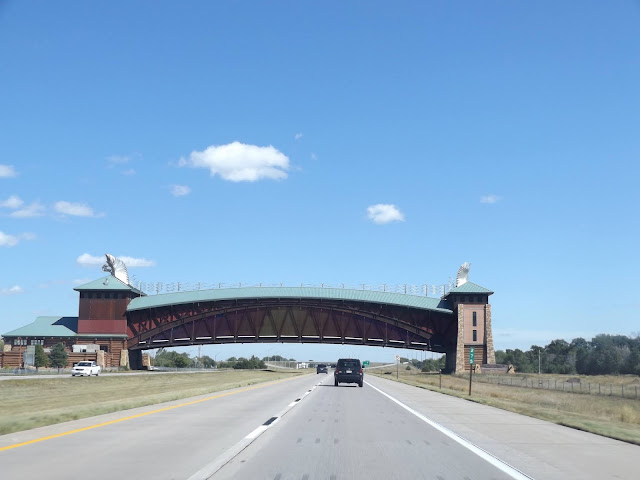 Rising from the prairie like a beautiful cathedral, the Great Platte River Road Archway Monument is a bit of an unofficial gateway between east and west on I-80 in Kearney, Nebraska. More commonly and simply known as the Archway, it is a monument, exhibit and museum that pays homage to the pioneers that traveled across Nebraska along with highlights on local history and culture. It was envisioned by Frank B. Morrison Sr., who was a three term governor of Nebraska, and it was designed by a Walt Disney team from Orlando. The Archway was even featured in a scene from the movie About Schmidt, which Jack Nicholson starred in.

The Archway opened in 2000 at a cost of $60 million. Using some giant multi wheeled transporters, the 1,500 ton, 310 foot structure was rolled across Interstate 80 in one piece on the night of Aug. 16, 1999. I-80 was closed for eight hours that night while the archway was locked onto its support platforms. The Archway is supposed to give you the feel of looking at a covered bridge at sunset. For years, the Archway did not have its own exit, having to be accessed by a service road from Kearney. A new exit for the Archway was built in 2013, which has been numbered as Exit 275. The archway in Kearney was meant to be a tourist attraction, but it wasn't until 2017 that it became profitable, due in part of the solar eclipse that crossed Nebraska that August. The managers of the Archway state that initial projections for visitors were off and in 2013, the Archway had to go through bankruptcy, which resulted in making them no longer having to make payments on the loans to build the $60 million exhibit.

Inside, the Archway has a gift shop, exhibits about the history of the lands and the peoples surrounding the Great Platte River Road. Enter the Archway and you will see an escalator that leads you to exhibits of Lewis & Clark, of pioneers on the Oregon Trail, of Pony Express riders, of travelers passing by on the historic Lincoln Highway, all who made their way across Nebraska. You can even shoot a radar gun at cars passing below on I-80. The Archway is part of a 90 acre campus, which features walking trails, sculptures, a sod house, picnic areas, a lake, a bridge built in 1914 that was moved to cross the lake, a Lincoln Highway exhibit and more. You can spend as much time exploring the outdoor parts of the Archway as you can spend inside the Archway. I visited the Archway during a recent cross country drive and had a little time to explore the outside part of the tourist attraction, but certainly not enough time to really take in all that the Archway has to offer. It helped break up an otherwise long and very windy day of driving between Lincoln, Nebraska and Rock Springs, Wyoming. 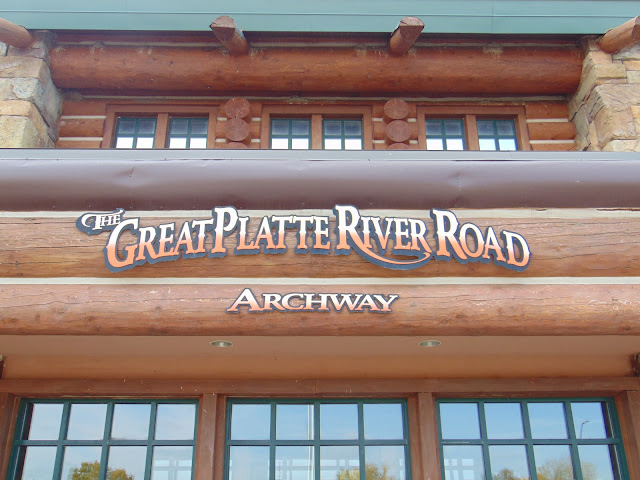 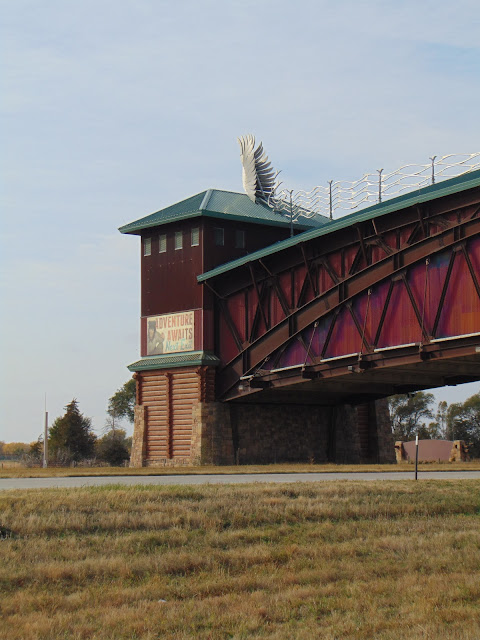 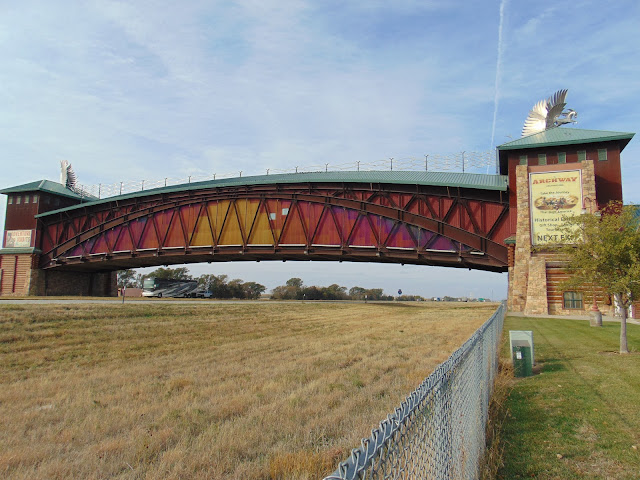 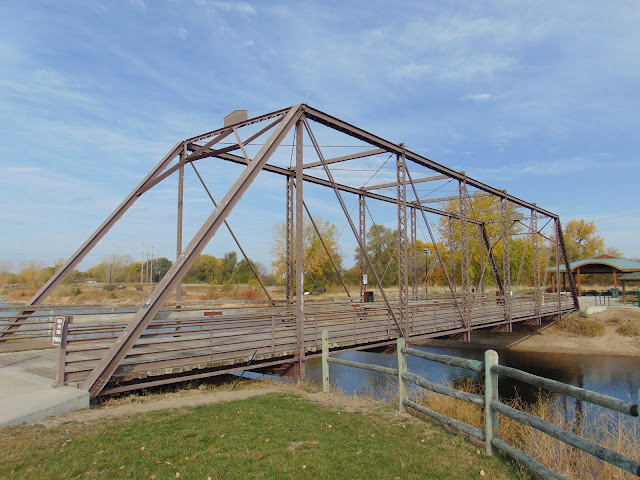