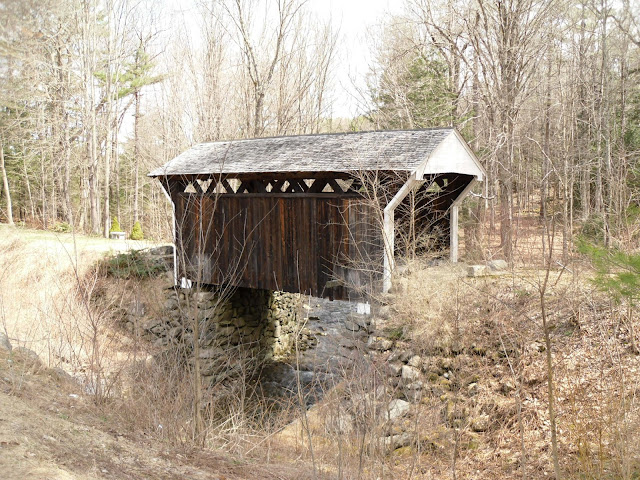 The third bridge at this site, the Prentiss Covered Bridge was built for $1,000 with funds that were raised by the town. The date of the first bridge is unknown, but the second bridge was built in December 1791 at the cost of six pounds on land that had been cleared and settled by John Prentiss in 1785. In 1805, the Cheshire Turnpike Company took over the bridge as part of the turnpike from Canada to Boston, and indeed the road that parallels the bridge today is a successor road called the Cheshire Turnpike.