By Challenger Tom August 23, 2018
After leaving Mount Rushmore I headed east on South Dakota State Route 244 to US 16A near Keystone.  I traveled eastbound on US 16A to US 16 which headed towards I-90 near Rapid City.  Along the way I stopped in Rockerville a small ghost town in Pennington County located uniquely between the travel lanes of the US 16 expressway. 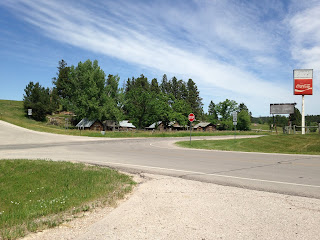 This blog post is the 7th in the 2016 Summer Mountain Trip series, Part 6 can be found here:

Rockerville was founded during 1876 at the height of the Black Hills Gold Rush and reached a peak population of about 1,000 by 1880.  Rockerville would see a decline after mining had dwindled in the Black Hills until US 16 became a tourist destination to drive traffic to the Mount Rushmore Area.  US 16 originally traversed Rockerville along Main Street until the modern expressway bisected the community in the 1970s.  Oddly the US 16 expressway wasn't routed along a single side of Rockerville but rather split the community in half leaving Main Street largely intact.

Rockerville had been surviving off tourist traffic until the US 16 expressway was built.  All the road side attractions largely shuttered after US 16 was moved off of Main Street leaving a husk of former tourist traps scattered on the side of the road. 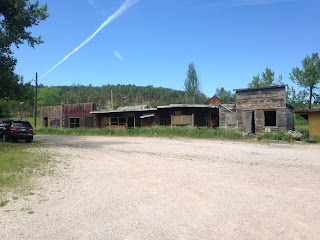 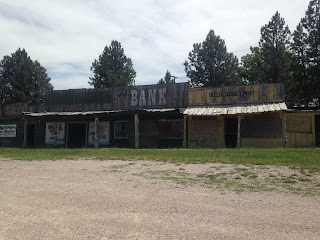 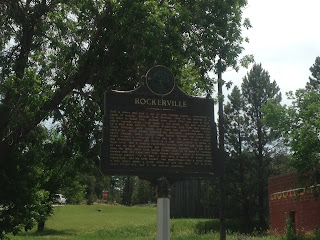 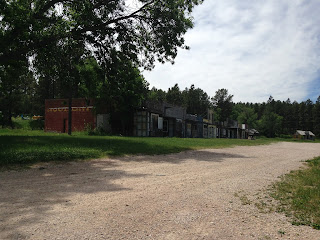 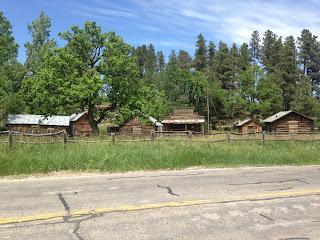 Part 8 of the 2016 Summer Mountain Trip series can be found here: