By Challenger Tom February 07, 2018
Entering Kingman along Andy Devine Avenue on Historic Route 66 there is an old powerhouse building that has been converted into a Route 66 Museum. 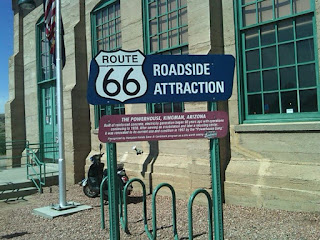 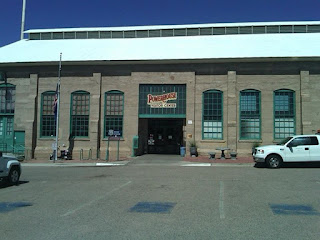 The museum has a ton of older displays and texts detailing the history of US 66.  There are displays showing the old alignment of the Old Trails Road which was the Auto-Trail that predated US 66 west of Santa Fe, New Mexico.  There is enough reading material to last for hours of browsing or could be used for outright research purposes.  The basement level actually has an old VHS-based presentation, or at least it did when I last watched it in 2012. 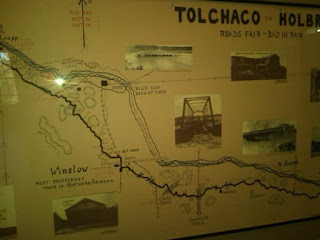 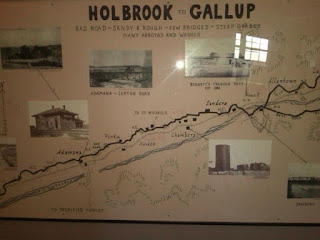 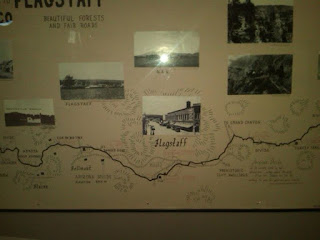 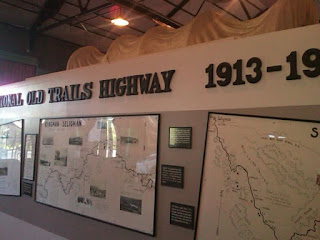 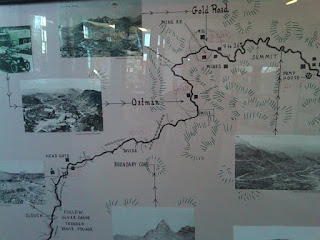 US 66 is generally known to use Andy Devine Avenue through Kingman but I believe there are earlier alignments.  On the south side of downtown, the National Old Trails Road is signed as such and appears to come close to the Oatman Highway in Cook Canyon.  National Old Trails Road becomes 4th Street in Kingman and junctions Beale Street in downtown.  My belief is that US 66 utilized these roads entering Kingman but I can't find any early map with enough detail of the city to prove it.  I believe there is a chance that Kingman Avenue might have been an early US 66 alignment, again the information I have is limited.

Andy Devine Avenue seems too well built to follow a direct path with the least resistance around most of Kingman rather than directly through it.  Early US Routes and Auto Trails likely wouldn't have been so efficient in their alignments.  Any additional information on the topic or map references would be greatly appreciated.  What I do know for sure is that early US 66 until 1953 went through Oatman instead of following the previous National Old Trails Road through Yucca.