By Doug February 26, 2018
Located just outside of picturesque Salem, New York, the Rexleigh Covered Bridge is one of four covered bridges that are still standing in Washington County, and one of thee covered bridges that cross the Batten Kill while in New York. There are more covered bridges that cross the Batten Kill in neighboring Vermont. The Rexleigh Covered Bridge is also the location for a popular swimming hole. The 107 foot long bridge was originally built by Reuben Comins and George Wadsworth in 1874 and is one of only three Howe truss bridges remaining in New York State. The bridge was supposedly prefabricated in Troy, New York and transported by rail to Rexleigh where it was reassembled in place. One unique feature of the Rexleigh Covered Bridge are the cast iron shoes, which were used to fit the bridge timbers into joints with iron rods. This feature has been incorporated into no other known covered bridge in the United States of America. 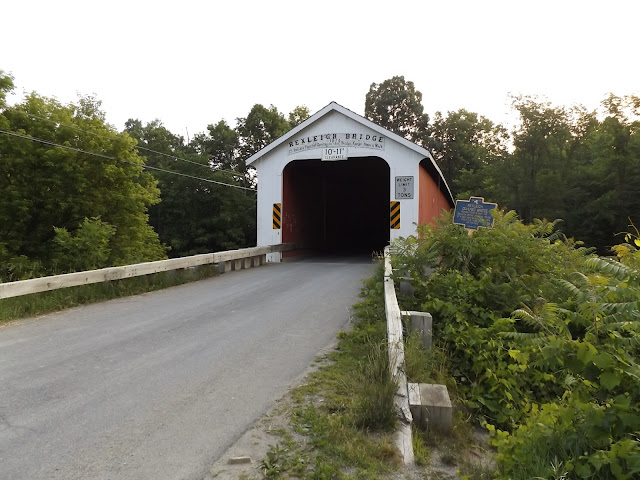