By Challenger Tom February 21, 2018
Approximately 27 miles east of downtown Kingman on Arizona State Route 66 along a former portion of US Route 66 is the Hackberry General Store. 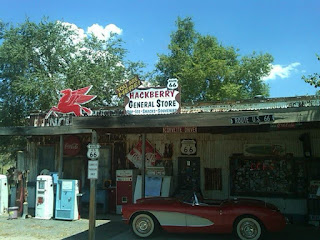 Hackberry dates back to the 1870s as a mining town settled around the Hackberry Silver Mine.  The town of Hackberry was named after a tree of the same name which grew in a nearby creek.  Hackberry much like many of the western towns that were on US Route 66 was along the Atlantic and Pacific Railroad.  Hackberry can be seen on the A&P Railroad map of Arizona in 1882.

By the late 1910s, the mines in Hackberry closed down which almost led to the demise of the town.  By 1926 US Route 66 had been routed through Arizona along the previous Auto-Trail known as the National Old Trails Road which gave Hackberry a second life servicing cross-country travelers. Hackberry can be seen displayed on the 1927 State Highway Map of Arizona.

In 1934 what is now known as the Hackberry General Store opened as Northside Grocery which had a Conoco Station.  The Hackberry General Store remained in operation servicing travelers on US Route 66 until 1978 when I-40 bypassed US Route 66.  Hackberry along with much of the towns on AZ 66 almost died out and diminished in importance until renewed interest in tourism associated with US Route 66 started to grow in the 1990s.  The Hackberry Store reopened in 1992 and has been in operation ever since.  Today the pumps no longer work but rather usually host a parking spot for a C1 Corvette. 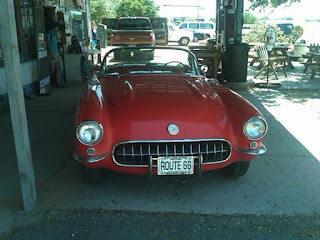 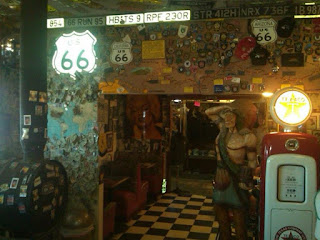 The real fun at the Hackberry General Store is exploring the grounds to check out signs, gas pumps, and old cars.  There is plenty to see around the store and there always to be something new whenever I stop in. 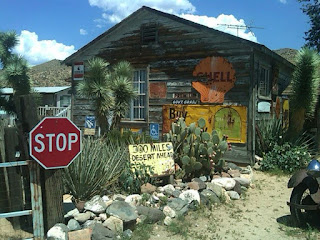 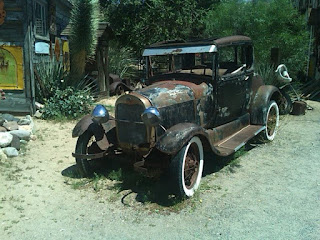 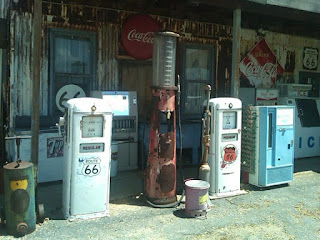 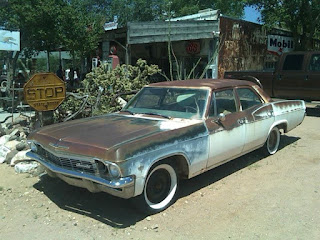 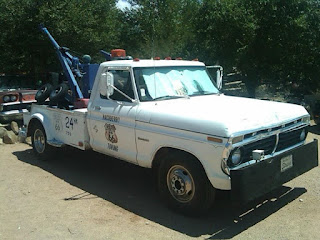 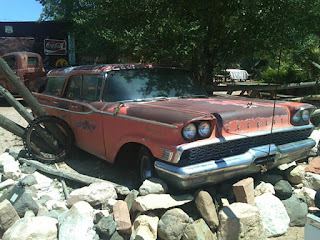 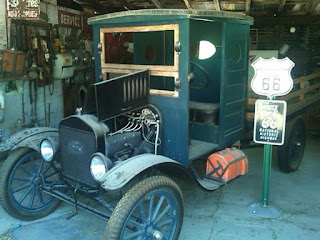 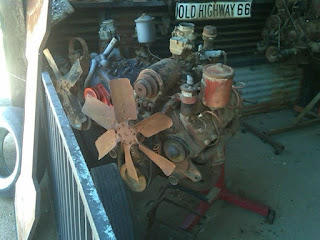 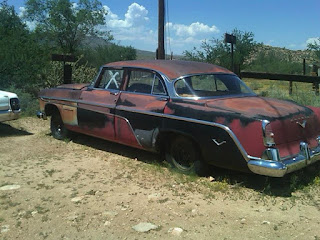 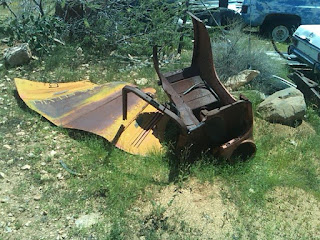 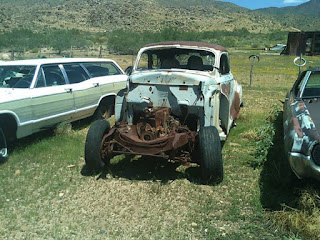 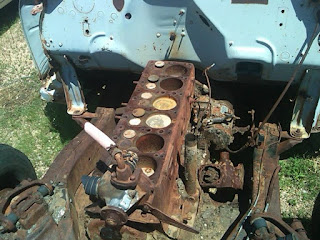 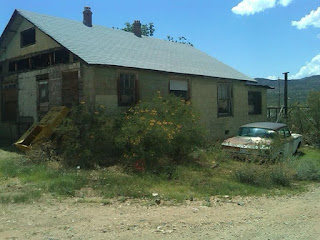 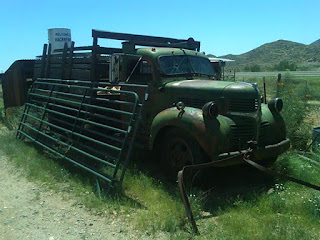 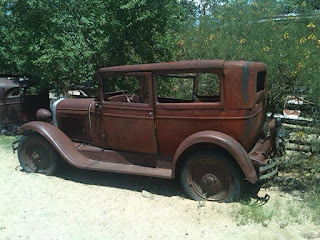 There are even some old Burma Shave ads that are next to some of the cars. 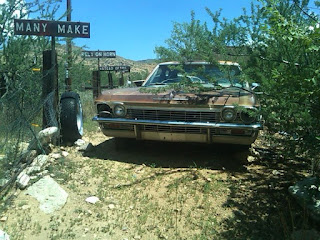 And even an old water tower displaying the name of the community of Hackberry. 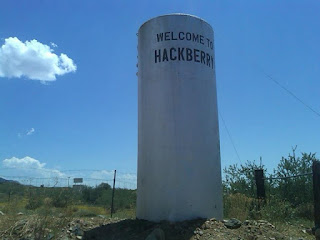